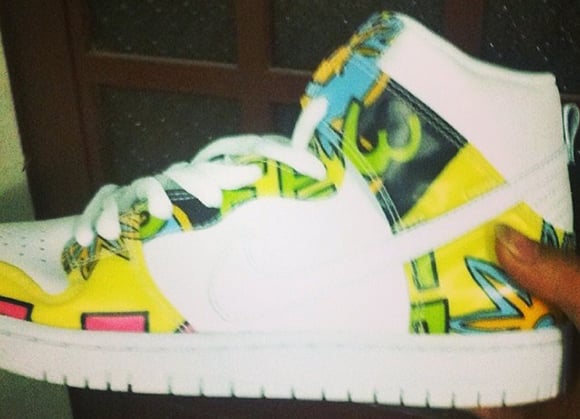 This year Nike SB started to retro select classics but with a twist. Instead of releasing in their traditional form, they would return in highs. The next model to come is the De La Soul.

When originally released back in 2006 they were lows and the brand also released a high top version that released late 2005. To date, both pairs are highlight sought after for sneakerheads and fans of De La Soul.

For the retro SB Dunk High De La Soul, they use the artwork from the groups cover of “3 Feet High and Rising”. On point from the original drop, only difference is the obvious high silhouette. Now Nike needs to drop the original highs but in lows.

Make sure to check back with us for more images and info.