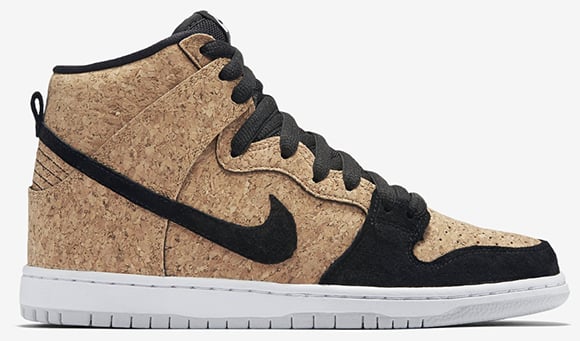 Cork first landed on the LeBron 10 and more recently the Air Max 90, although they have yet to officially release. Now if you been following us, you would know we showed a catalog scan of the Cork SB Dunk High, but nothing new as far as images go. That has changed since we now have a detailed look of them. Since they are from Nike, a release should be coming soon.

As you can see, cork is used on the sides and toe box, while black comes in around the toe box in nubuck, tongue, laces and heel. White lands on the midsole while light grey is placed on the outsole.

Like previously stated, there isn’t a release date known just yet but stay tuned to find out when the Cork Nike Dunk SB High launches. 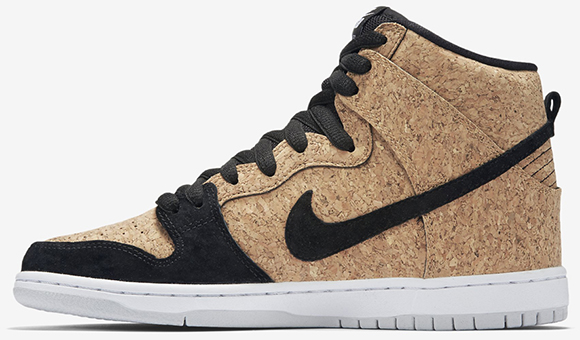 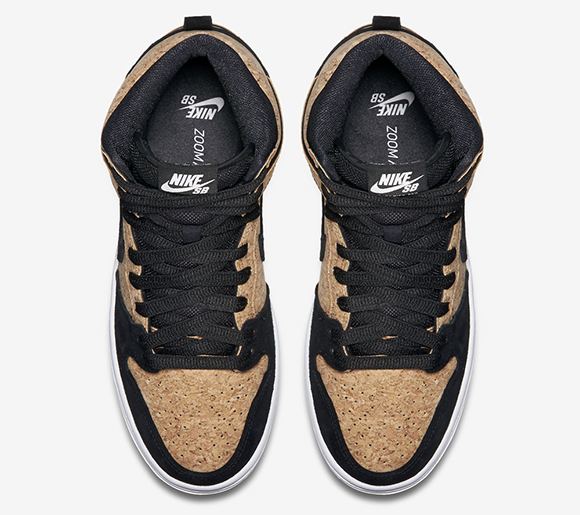 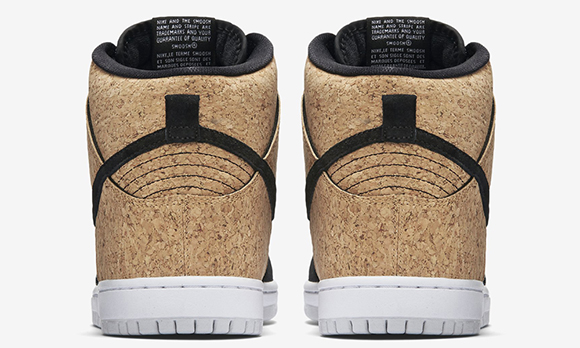