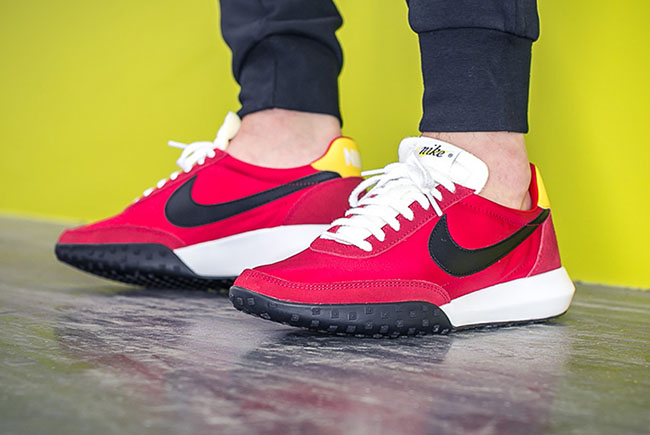 Combing the Nike Roshe One and the Nike Waffle Racer which launched back in 1973. Featuring a nylon and suede construction while University Red runs through the base. In addition we have Black across the Swoosh and outsole while Yellow hits the heel. Finishing the look is White that lands on the midsole, tongue and laces.

Below you can check out more images of the Nike Roshe Waffle Racer University Red which showcases how they look on feet. Currently they are starting to release at Nike Sportswear retailers which includes Sole Kitchen. 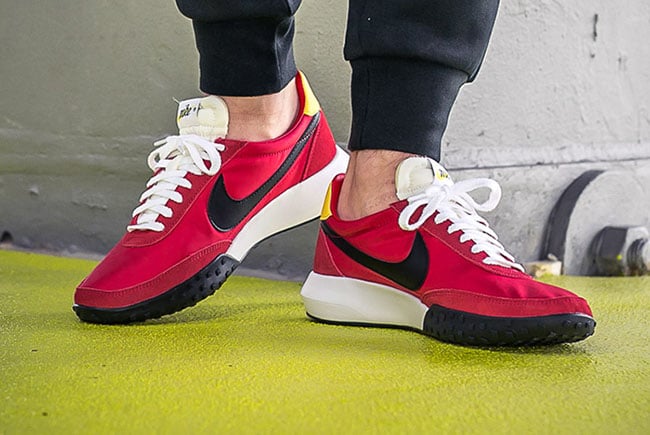 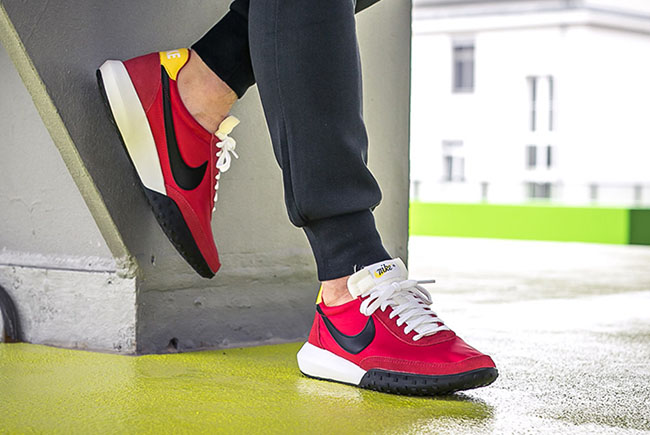 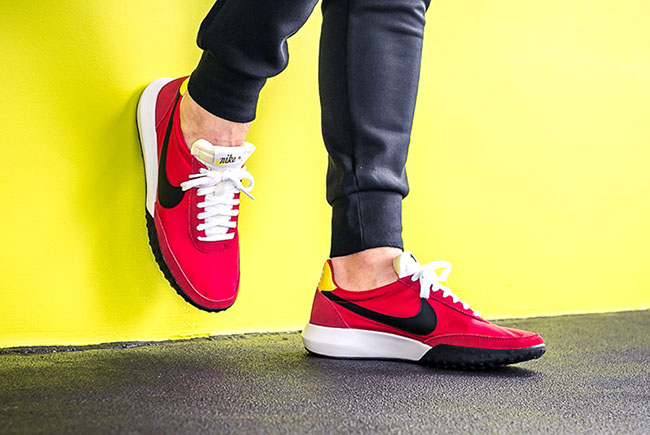 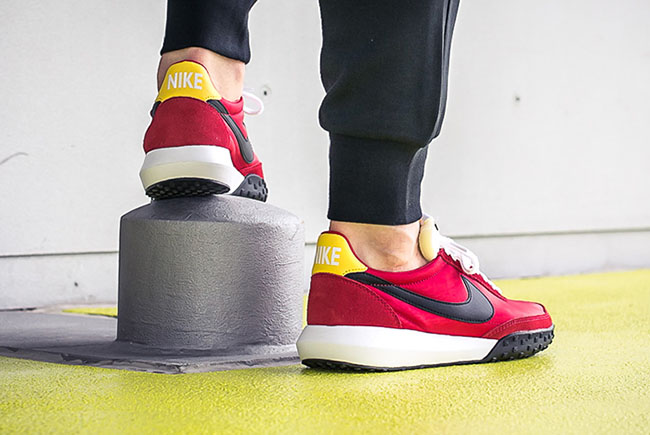