While the Roshe Run continues to expand its color range as well as borrowing materials from other models, Nike will bring two similar colorways on the Roshe Run Flyknit, one for men and one for women.

Known as the Nike Roshe Run Flyknit ‘Multi-Color’, they oddly resemble a pair of Kobe 9s that released. Both pairs are similar with small color changes on the men’s and women’s. White hits both the midsole and swoosh, black and purple flyknit material lands on the upper with multiple colors spread throughout.

Both pairs of Flyknit Nike Roshe Run’s will be available soon to 43einhalb. 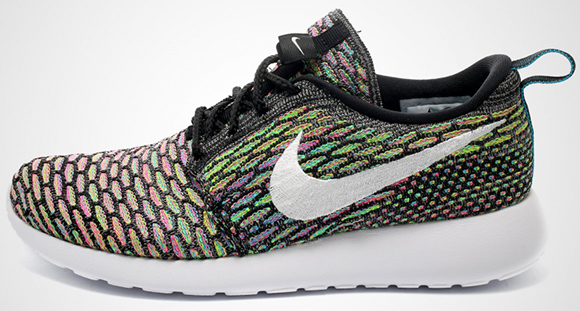 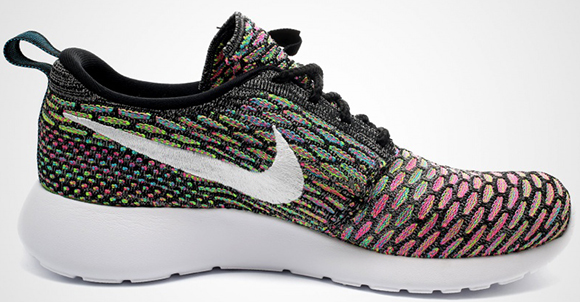 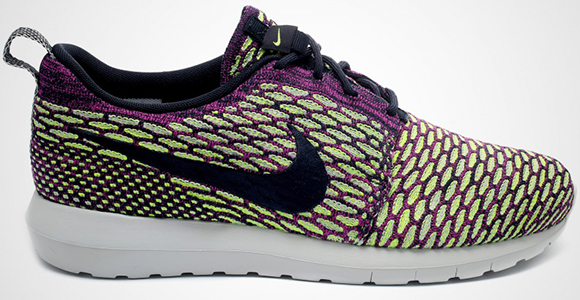