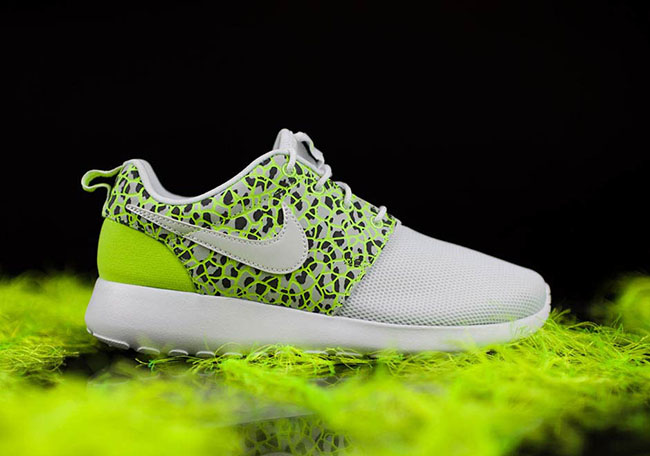 Whenever graphics prints land on the Nike Roshe One, they usually do well, that is of course if it isn’t something bizarre. Even then, they still sell. For Spring, Nike Sportswear is launching a new pair which is a Women’s exclusive.

Releasing as a premium model, this Nike Roshe One features White mesh on the toe with the same shade landing on the tongue, side Swoosh, laces, liner and midsole. The panels will feature a mixture of Black and Ghost Green with the use of Black appears to form a cheetah print. Completing the look is Ghost Green used once again around the heel.

The Nike Roshe One White Ghost Green is now starting to release at Nike Sportswear retailers which includes Rock City Kicks. Retail price is set at $100 and as of now, a decent size run is still available. See additional images below. 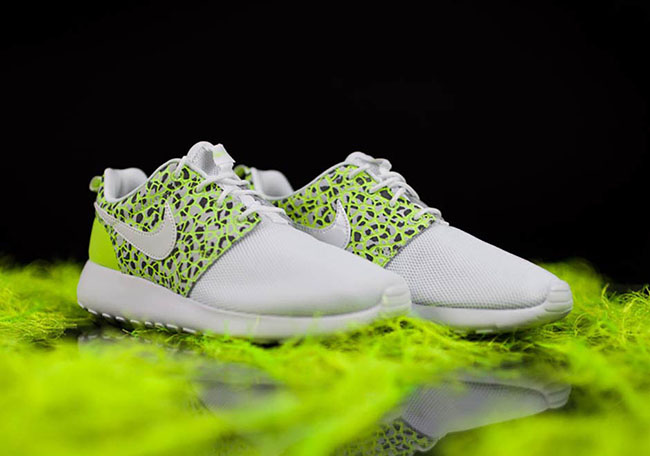 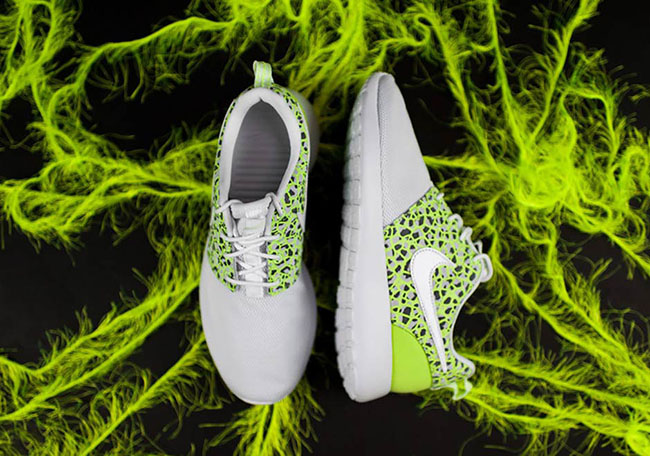 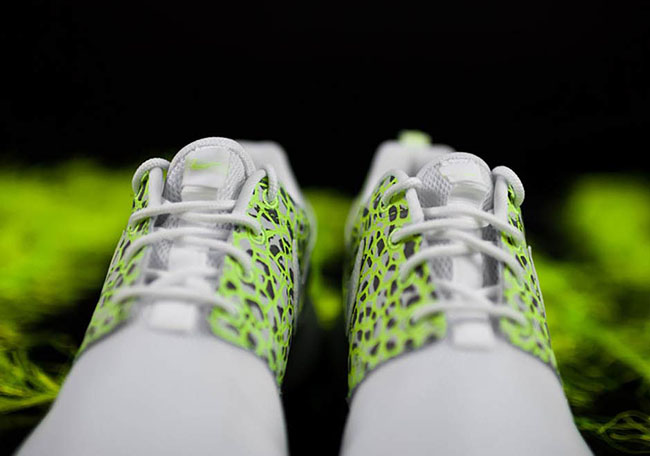 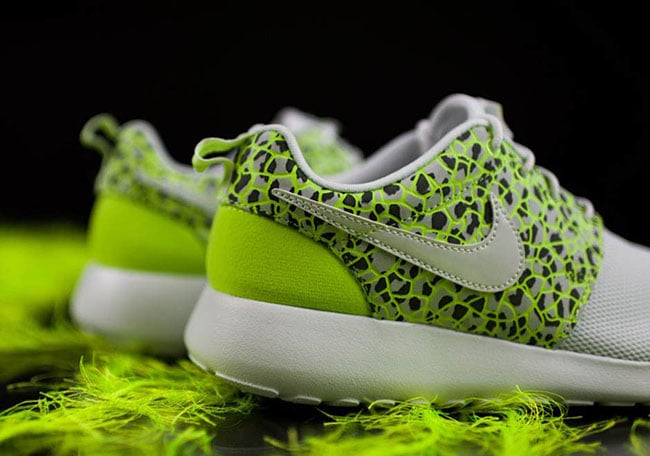 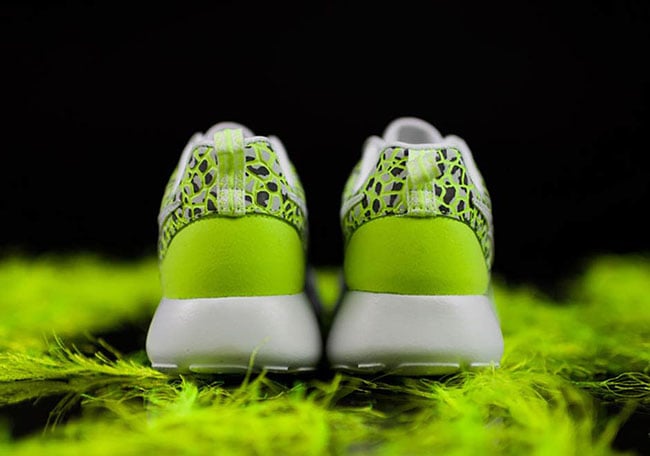