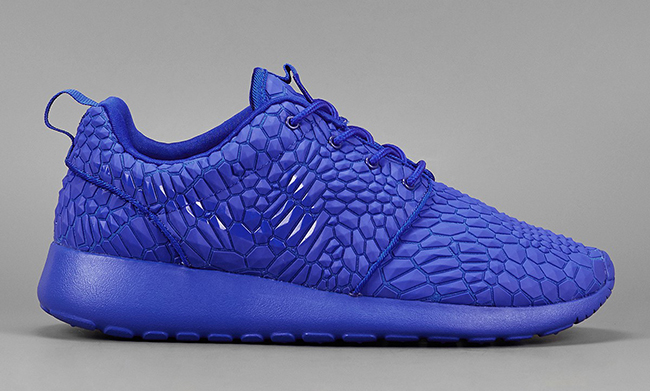 The Nike Roshe One DMB has released in a few different color schemes which have typically just been one shade all over. Now the brand has another DMB model known as ‘Blue Diamondback’.

As you can see the base will feature a 3D reptile print that is reminiscent to the diamondback snake. Racer blue covers the entire shoes which includes the midsole and liner.

The Nike Roshe One DMB ‘Blue Diamondback’ is starting to land at Nike Sportswear accounts in Europe. One of the first stores to debut this model is Solebox. Their retail price is price €140.00 which is approximately $152 USD. More locations as well as stateside shops will have this pair in the coming weeks, give or take. For now you can see a few more images by scrolling below. 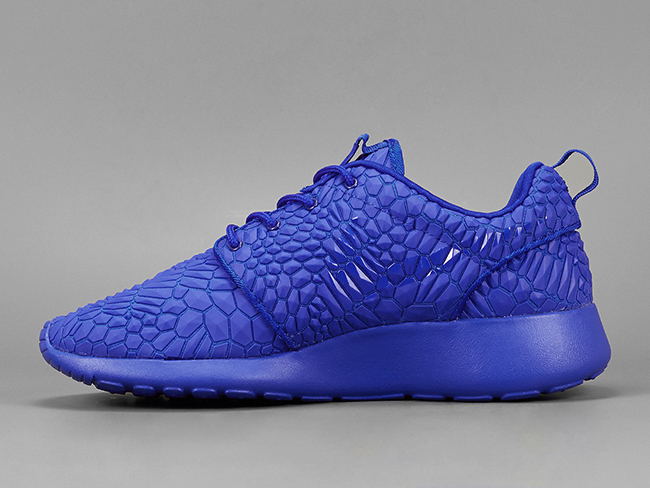 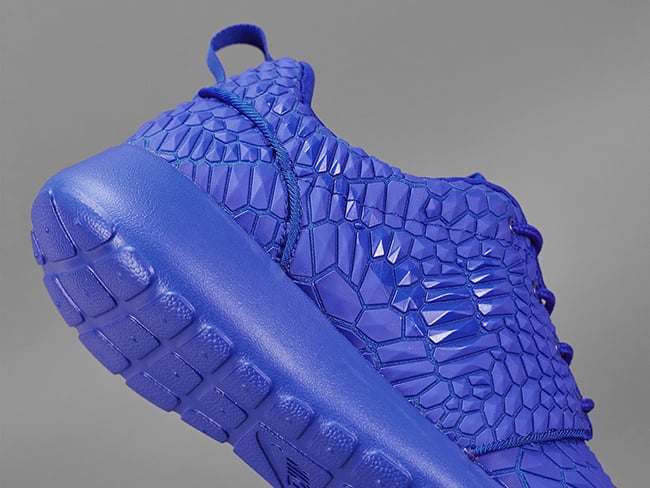 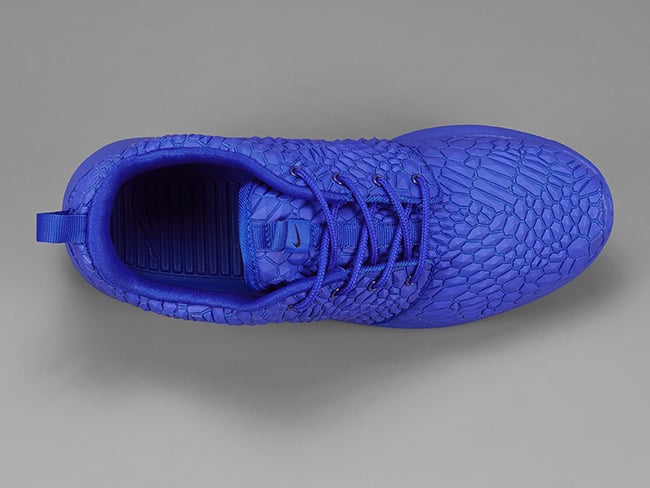