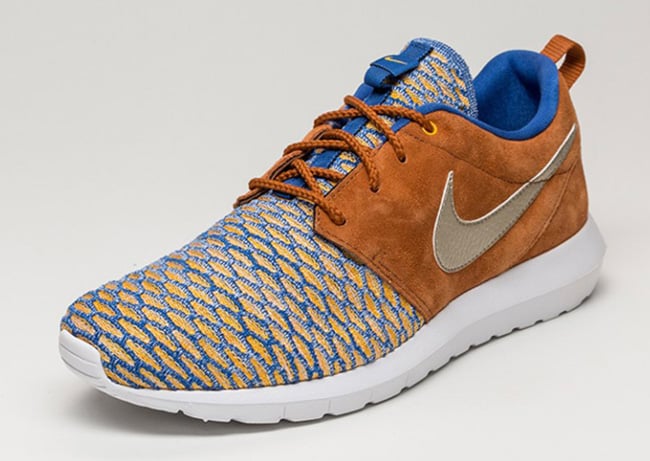 Nike Sportswear is slowly drifting out pairs in a Tawny theme. One of the latest we have a look at is the Nike Roshe NM Flyknit PRM ‘Tawny’.

Using a mixture of materials, this Roshe NM Flyknit is dressed in game royal, metallic gold grain and tawny. Flyknit in blue covers the toe which extends through the tongue while the same shade also hits the liner. Following is brown suede that flows through the panels. Other details include a silver swoosh and a white NM midsole.

We don’t have that much longer for the ‘Tawny’ Nike Roshe NM Flyknit to release as they are expected to launch during January 2016 at Nike Sportswear retailers. An actual day is not known just yet, but once they become available you will be able to grab them from Asphalt Gold. Treat yourself to a closer look by scrolling below. 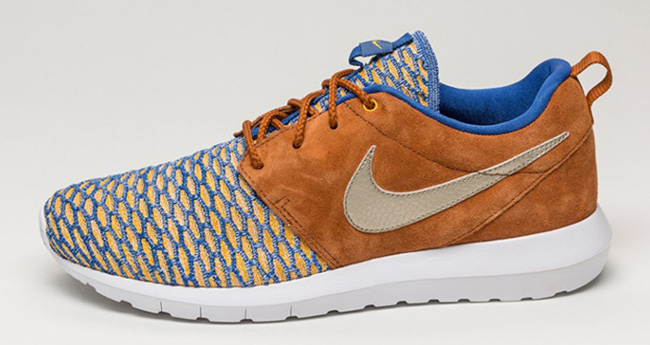 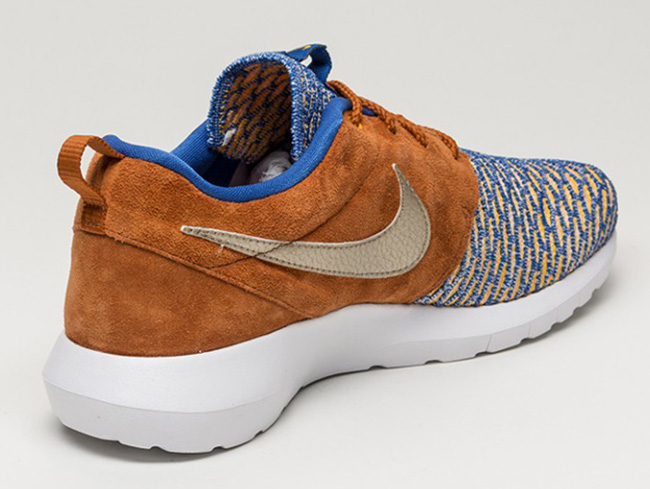