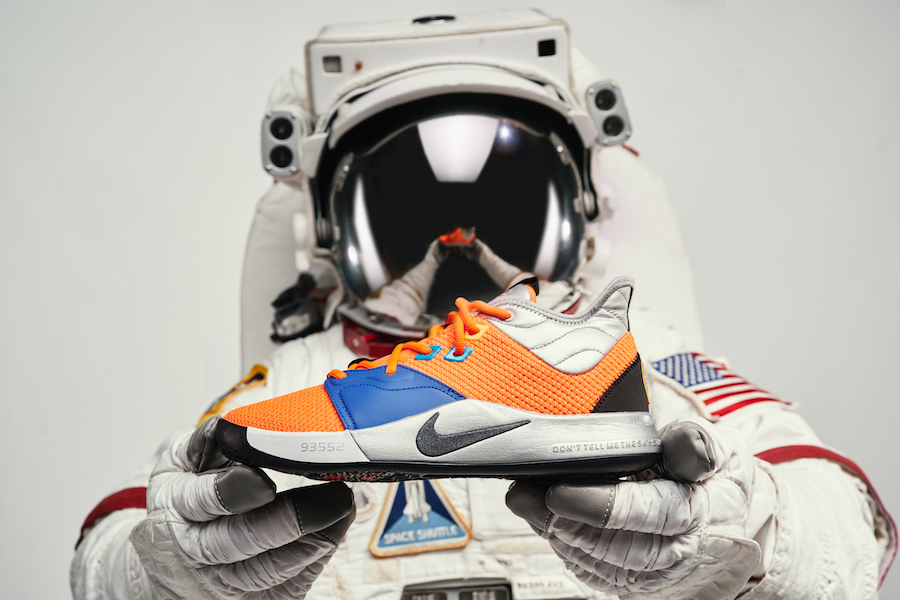 Celebrating before the release which takes place on January 26th, Nike Basketball is taking us behind the design.

Paul George’s off-court interests are well-known, from his love of video games to fishing. Often, PG sums up his vision for the future with a single quote: “Don’t tell me the sky’s the limit when there are footprints on the moon,” he says. This sentence wraps around the heels of his new signature shoe, the Nike PG 3. 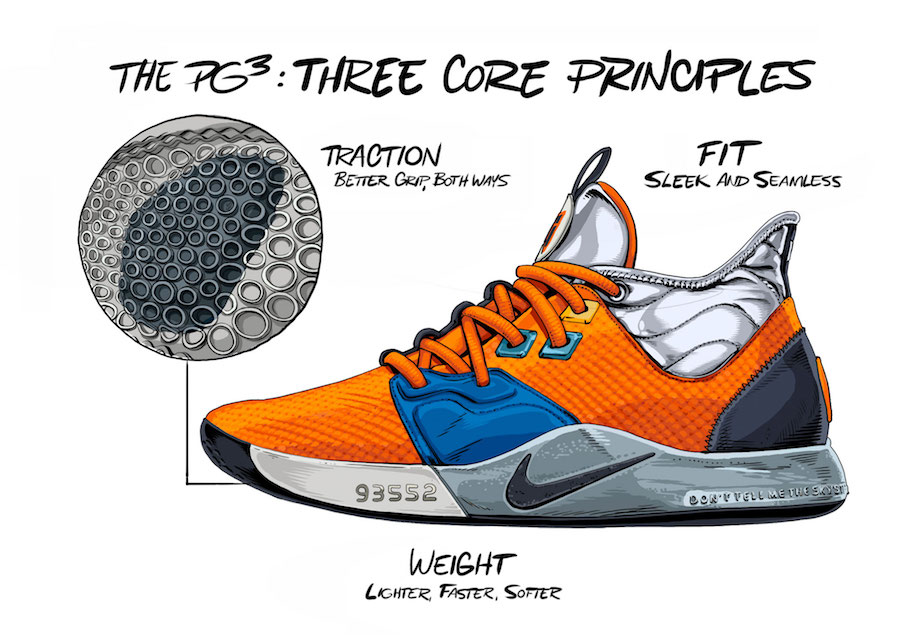 The PG 3’s intergalactic inspiration comes from an official footwear and jumpsuit collaboration with the National Aeronautics and Space Administration, using patches, NASA colors, and other references that unite basketball and space flight. “I grew up in Palmdale, California, which has a big NASA base that not a lot of people know about,” says Paul George of the collaboration, which has the city’s zip code, 93552, on the shoe. “This shoe is for the kids who want to fly, whether as professional athletes or astronauts.” 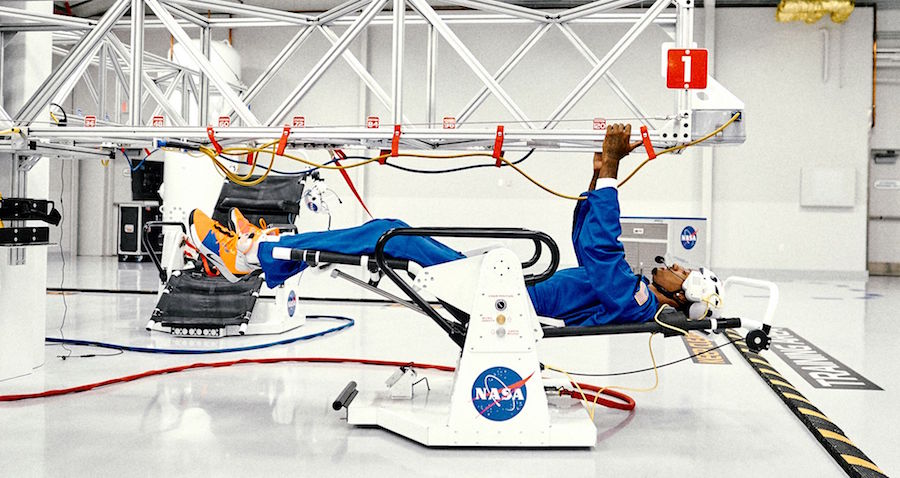 Nike Basketball designers met with NASA designers after spending months improving the shoe’s traction, comfort, lockdown, and lightness. Paul George even shadowed an astronaut at NASA’s Kennedy Space Center in Orlando, as a way of understanding their daily training and routines. “NASA inspires us in how they use minimal resources to create things that will survive in extreme environments,” says Tony Hardman, Nike Basketball Footwear Designer. “We’ve done the same with the PG 3, making it lightweight with multi-directional support.” 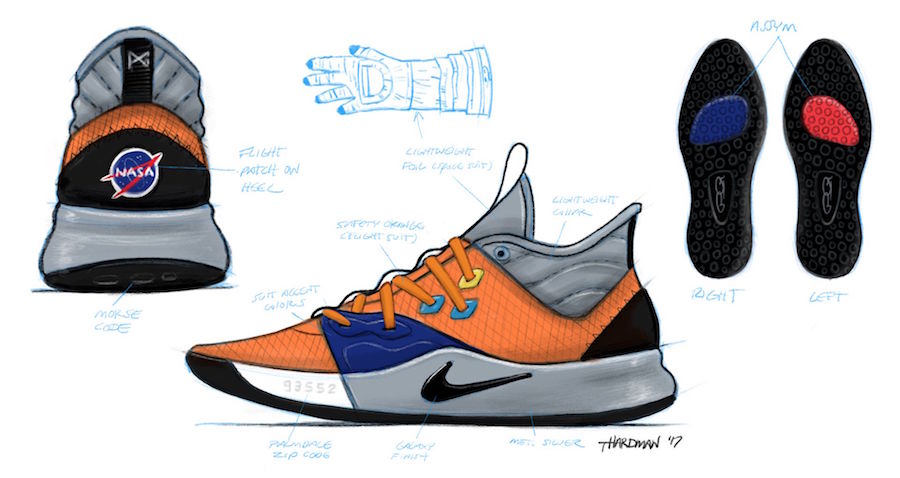 The PG 3’s lightness comes from the use of soft, lightweight foam and a rip-stop collar, all atop the same Nike Zoom Air bag from the PG 2. The circular traction on the outsole was inspired by moon craters — a pattern built using algorithms from various analyses of PG’s movement. The shoe also has an Apollo 14 patch on the heel, a red “Remove Before Flight” tag, and both PG’s logo and the American flag on the tongues. 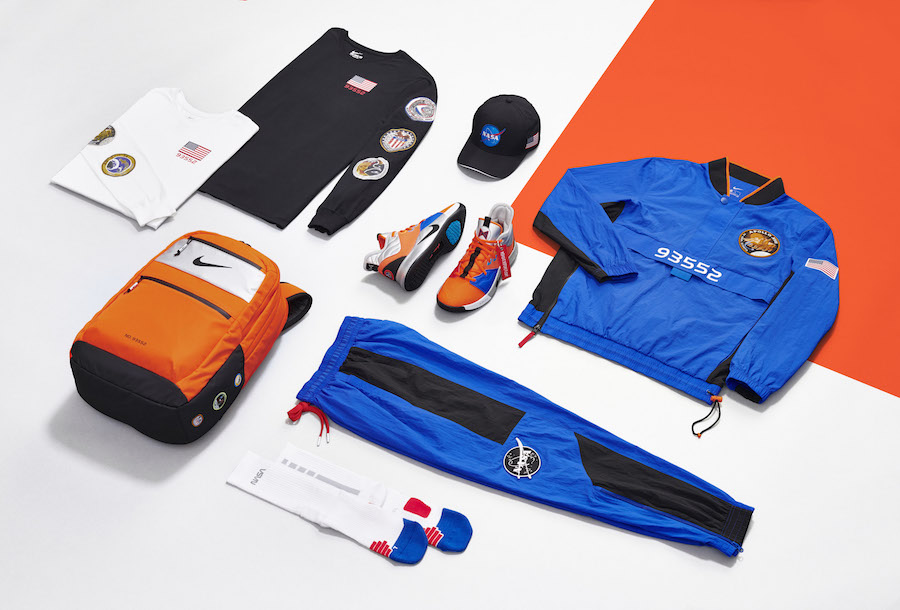 “I always wanted to be in the NBA,” says Paul George. “That’s the sky. Now, me being an All-Star, me working to become a champion — that’s the footprints on the moon.” 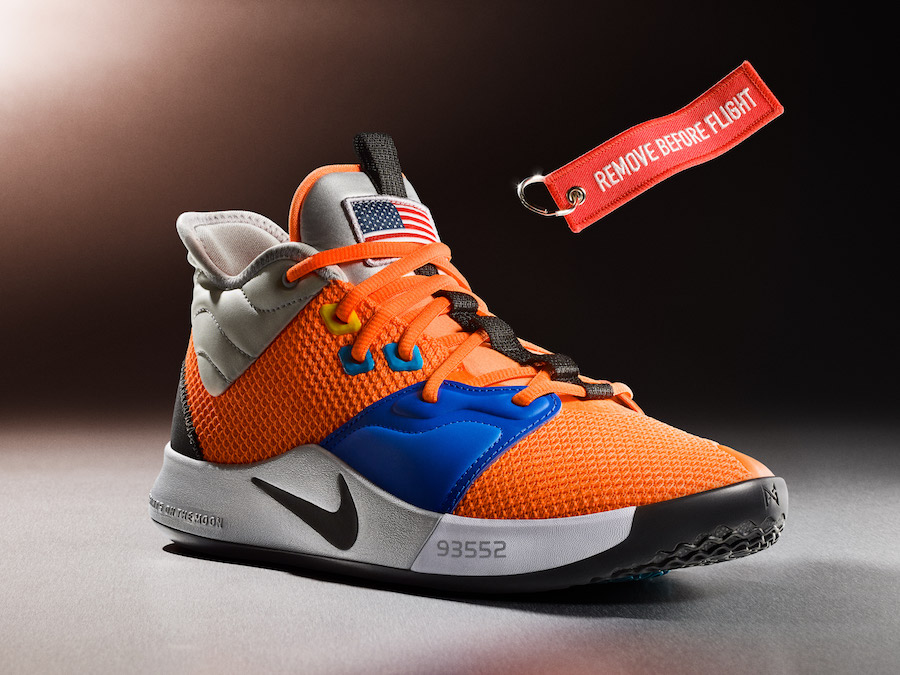 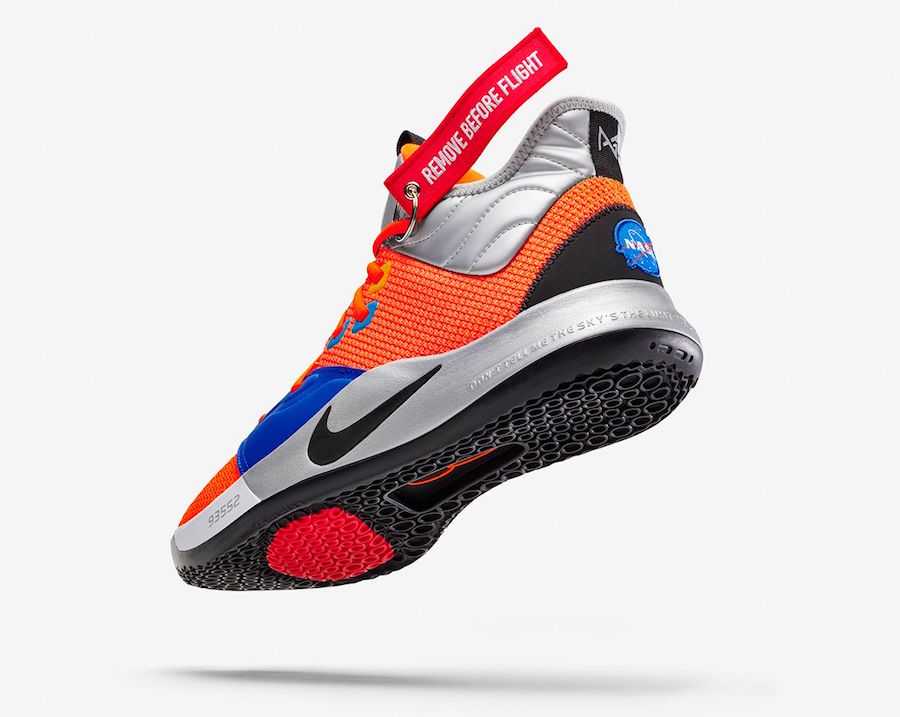 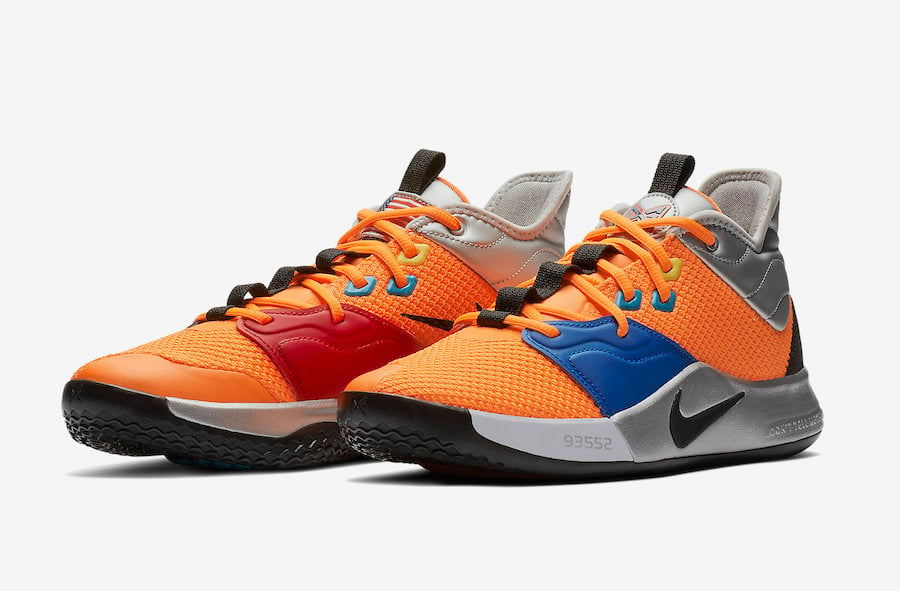 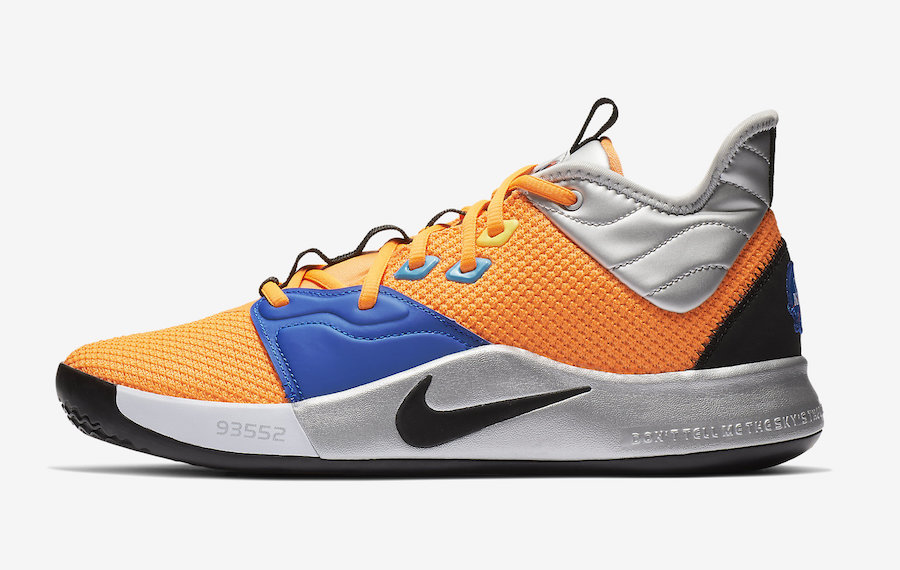 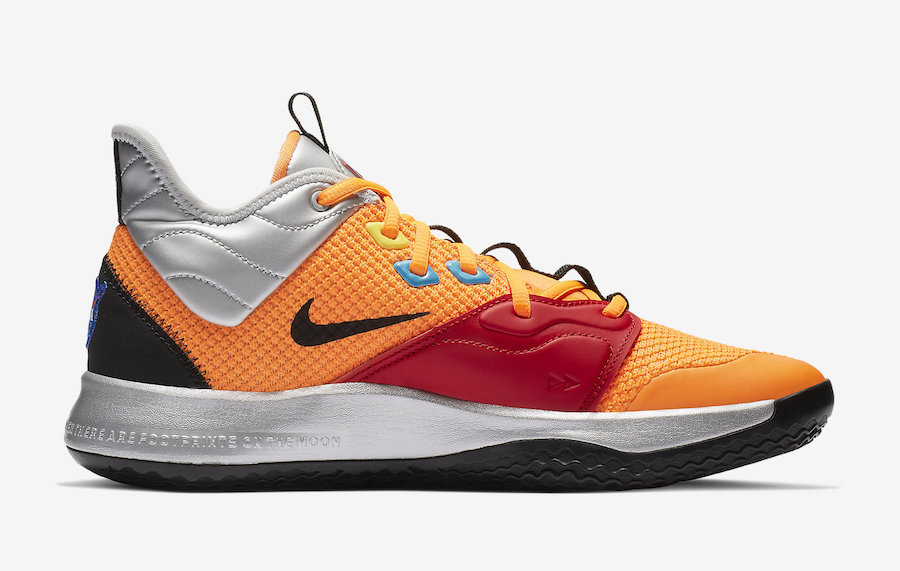 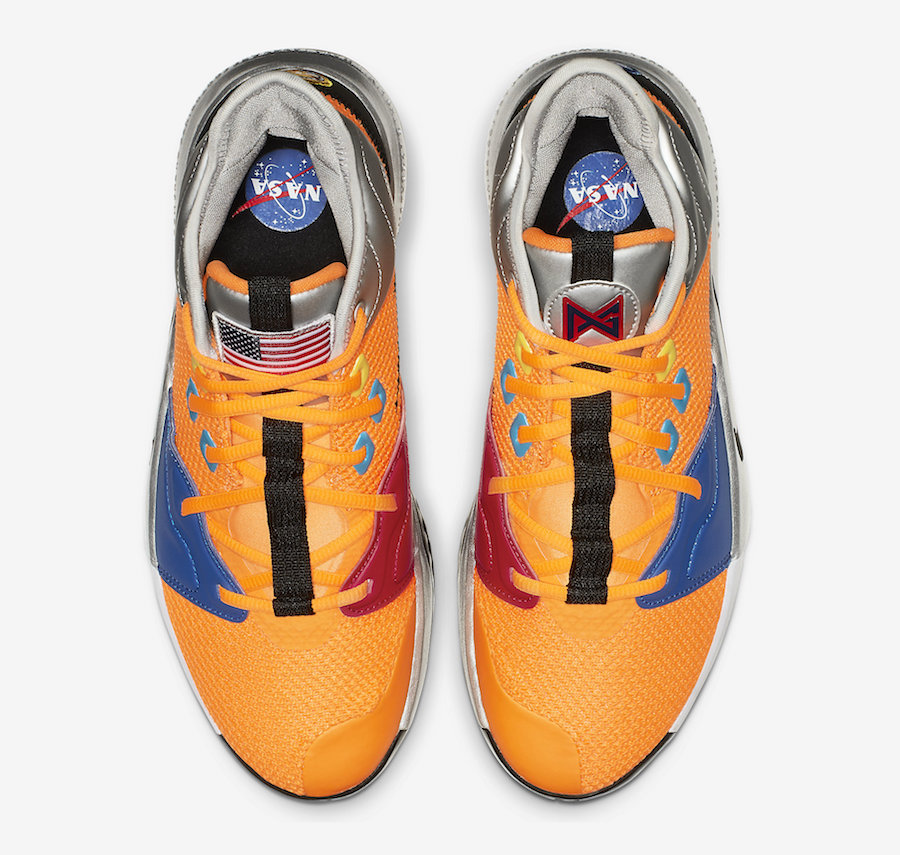 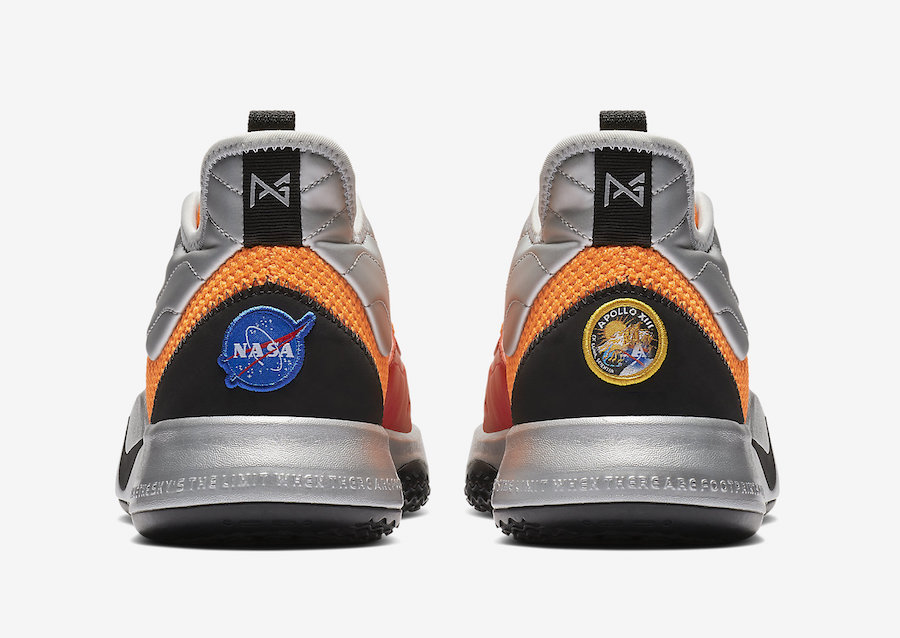 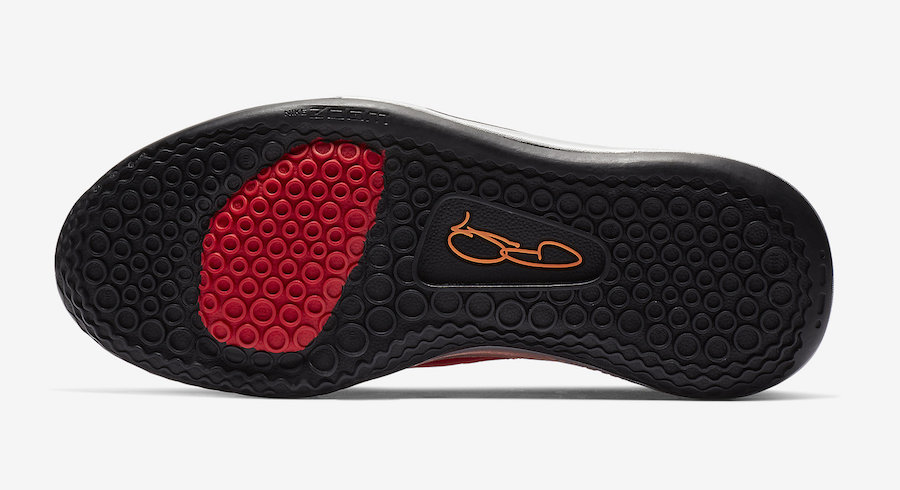 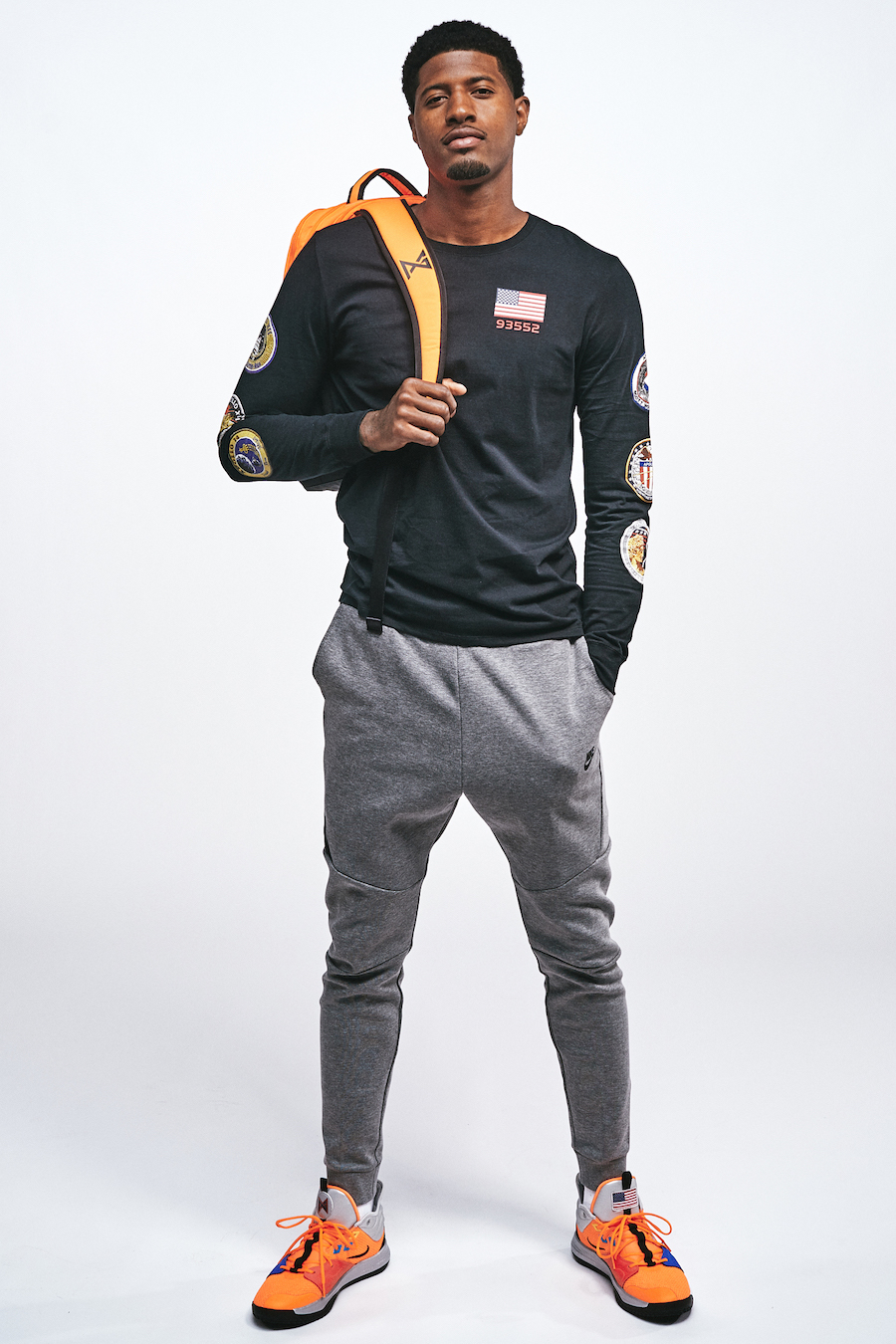 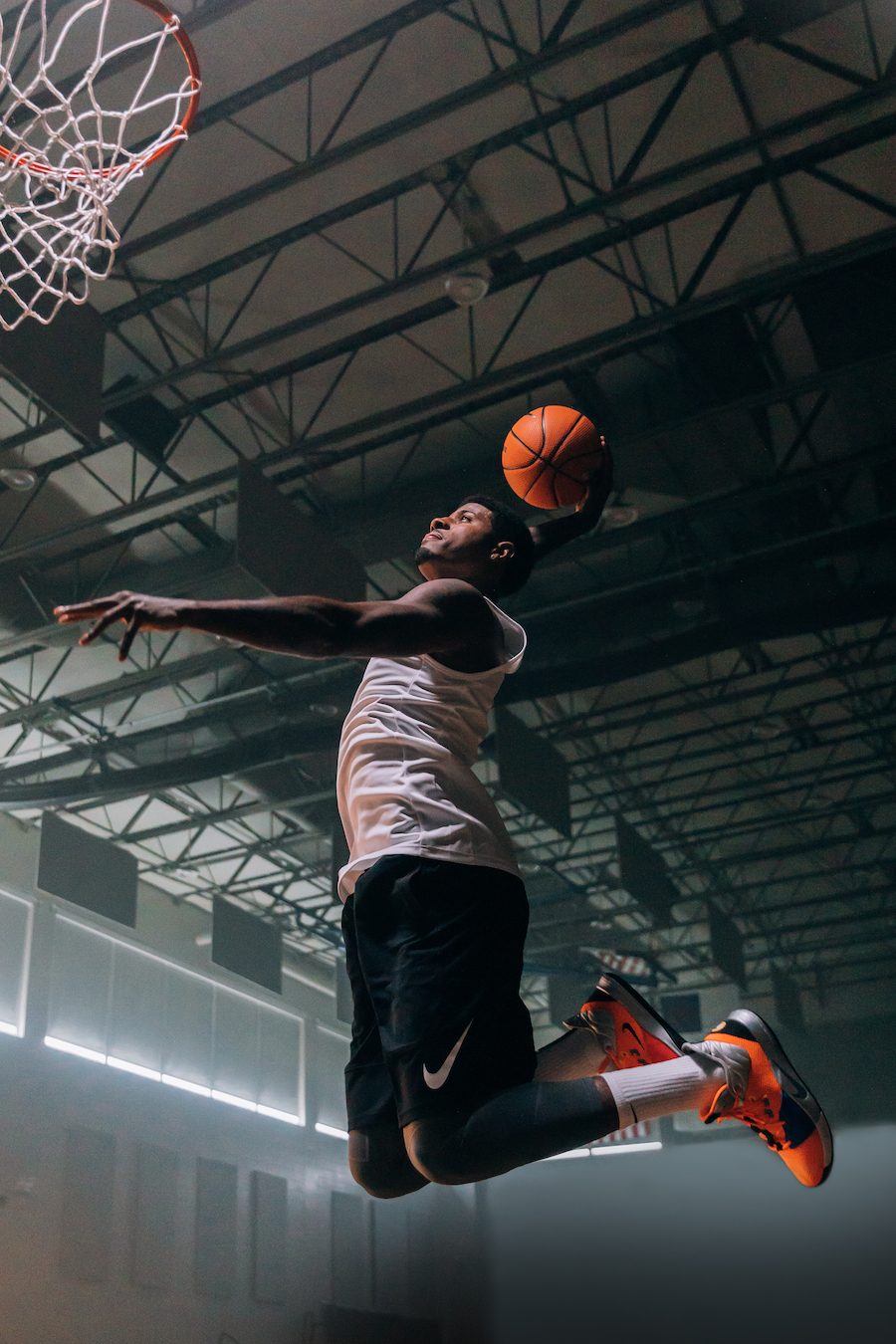 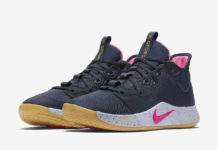 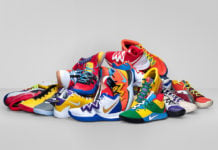 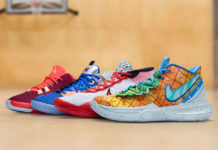 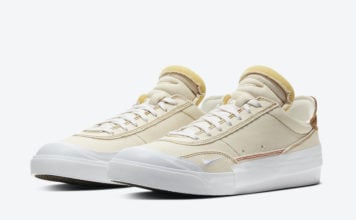 Rui Hachimura Air Jordan 34 PE is On the Way