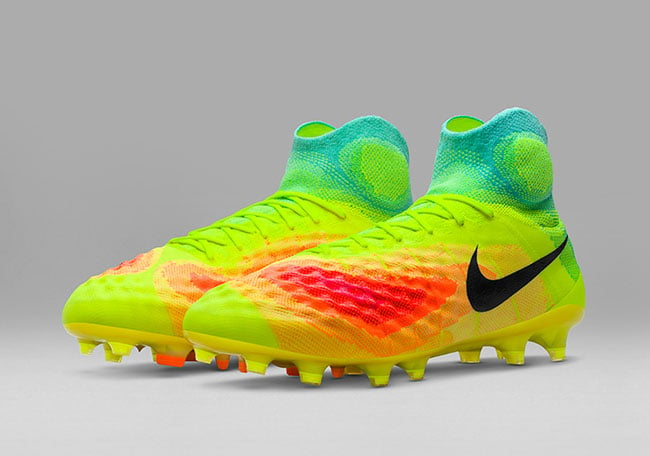 Nike Soccer just unveiled the Nike Magista 2, the latest in the Magista line.

“After reading research around evolution and morphology,” explains Nike football designer Phil Woodman, “I was interested in the hypothesis that pruning hands were an evolutionary development for maintaining grip on wet surfaces and tools. That got me thinking about how the foot might have adapted had its primary purpose been football.”

Accordingly, for the Magista 2, Woodman reimagined the original Magista silhouette — a design that, with its mid-height collar and Nike Flyknit technology, changed the look of footwear and redefined feel and touch on the pitch — to further the boot’s tactility and tighten the gap between the brain and ball. “We were focused on sensory amplification through feel,” says Woodman. “By delivering a better feel for the ball, players are able to confidently create on the pitch without distraction.”

Woodman worked with the Nike Sports Research Lab to define which parts of the foot are most sensitive to touch and mapped those against high-touch zones gleaned from slow-motion film study of ball control. The data collected in this research was visually applied to a foot model in the form of a heat map, revealing significant overlap in areas of high sensation, effectiveness and engagement.

Equipped with this information, Woodman began 3D printing test uppers featuring peaks and troughs of varying dimensions. This was a marked transition from the upper of the original Magista, which was uniform throughout. “We envisioned the upper of the Magista 2 performing as an organic extension of the foot,” continues Woodman. “The texture is podular and cushioned, designed to communicate with a player’s sense of touch when the ball comes in contact with it.”

The Nike Magista 2 is set to release on July 24th on the Nike Football App and a wider release will take place shortly after. One of the first colorways to debut will be known as heat map. Check out more photos and a video below. 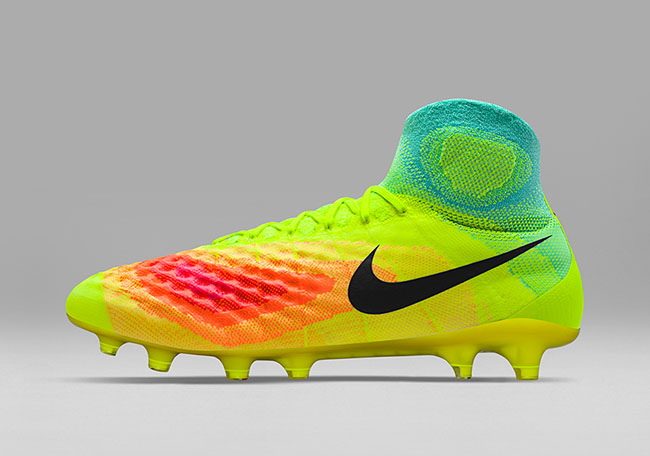 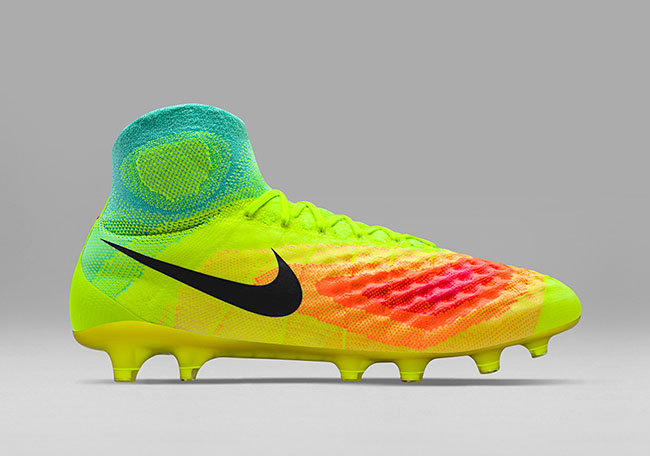 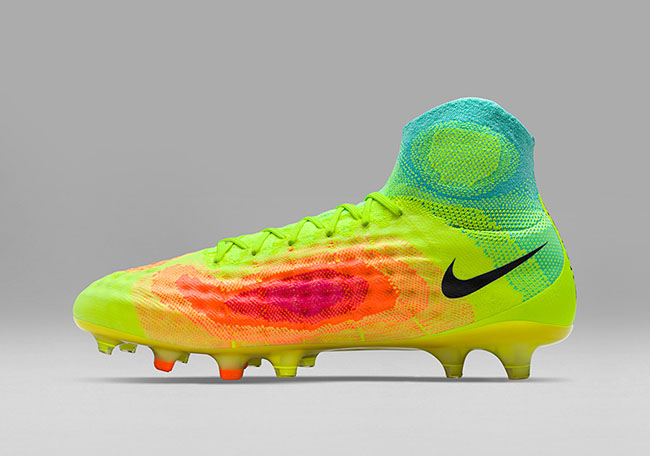 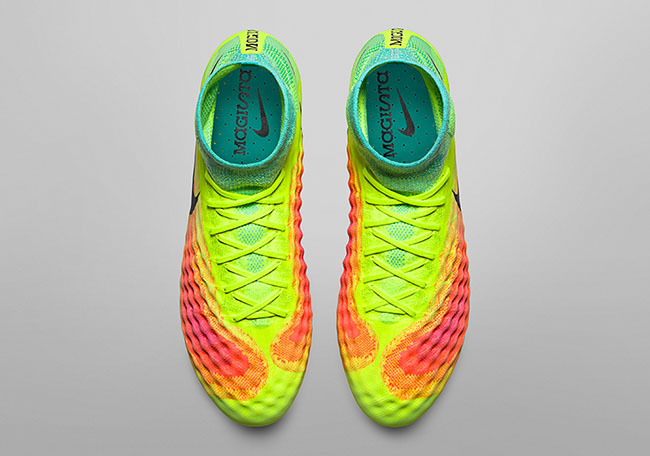 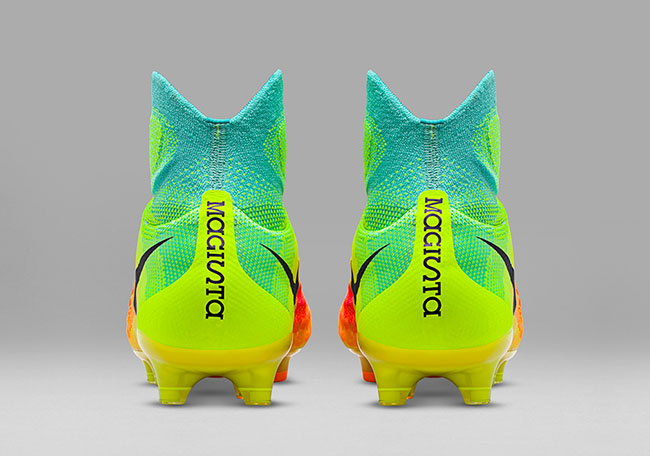 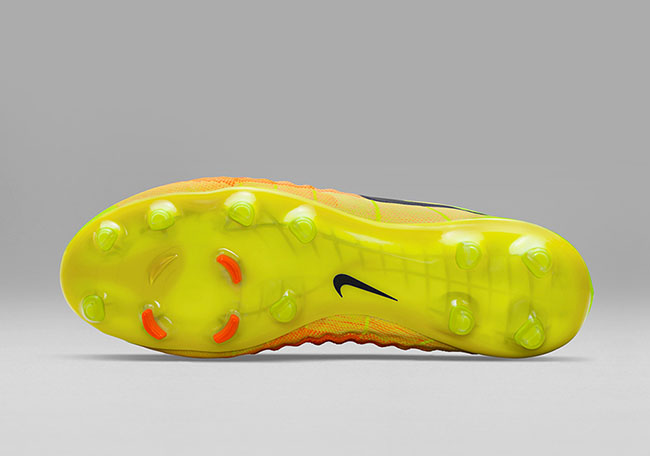 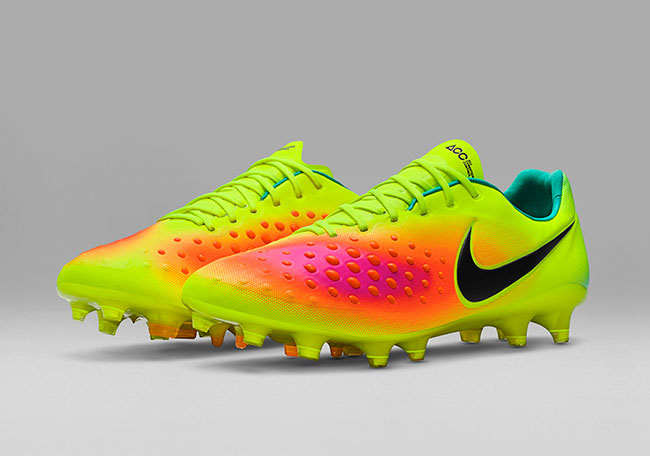 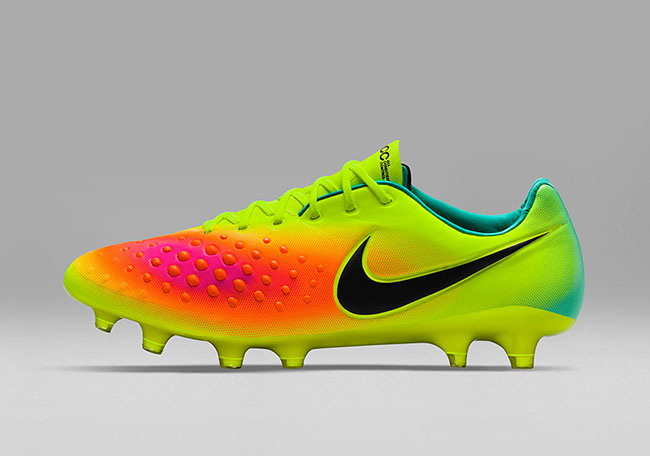 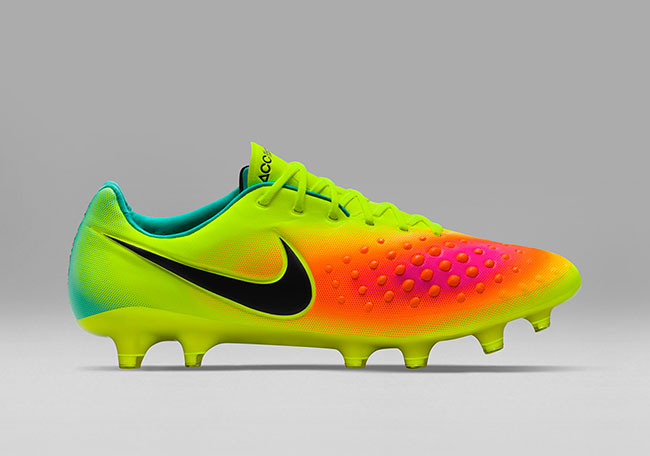 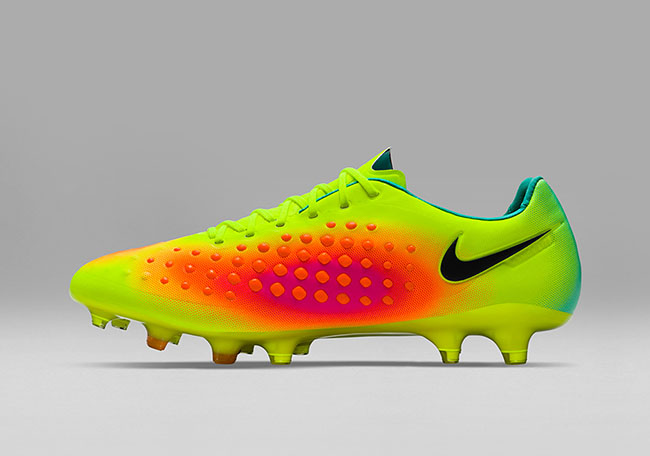 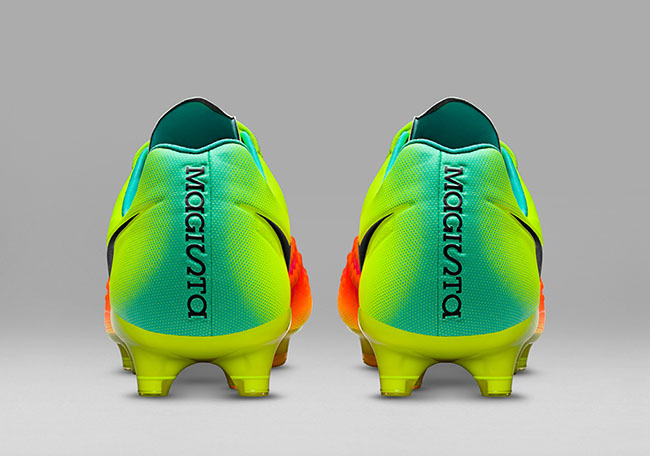 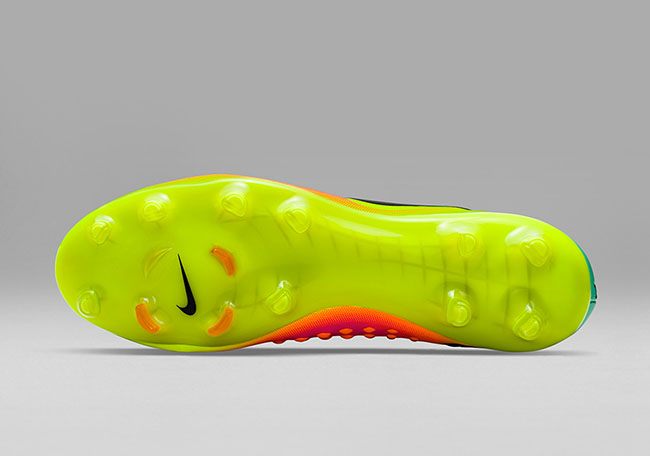