The Nike Lunar TR1 is closely linked to Football, in fact a large amount of Oregon Ducks Lunar TR1’s have released. Now you can add one more pair to that list as Nike has these marked down for next week.

While this pair of Oregon Ducks Lunar TR1 doesn’t scream the University’s name as they feature a white and black combination. Now if you look at the lace loops, you can see the green and yellow that is linked to the school colors. The tongue does feature the traditional large O, but we knew that was going to be somewhere on the shoes. 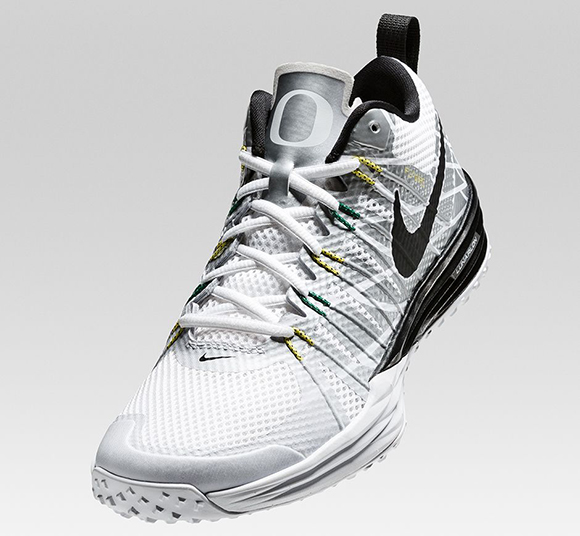