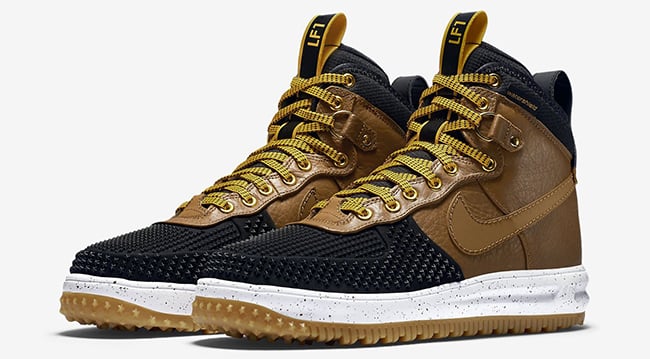 Put together using black, gold dart, white and light British tan colors. As you can see, the toe box area comes in black with rubber studs. Following is brown leather that resides on the sides, a white midsole and gum outsole. Other details include gold eyelets and yellow laces.

You can grab your size now of the ‘Light British Tan’ Nike Lunar Force 1 Duckboot at Premier for $165. If for some odd reason they don’t have your size, don’t worry as other retailers will have them shortly. Check out more images of this model below.

Update: Some Nike Sportswear accounts have released the ‘Light British Tan’ Nike Lunar Force 1 Duckboot, but as we wait for a wider release, here are the official images from Nike. 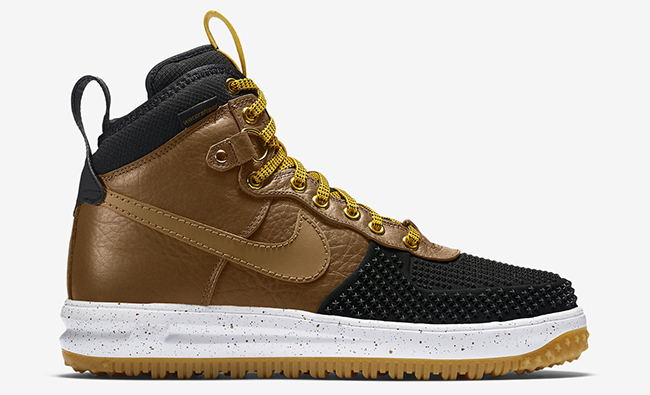 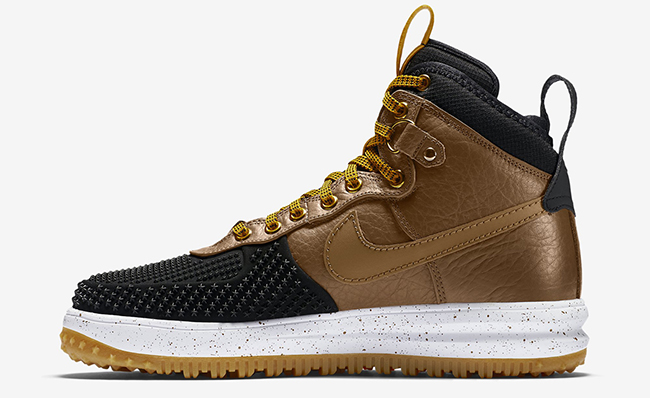 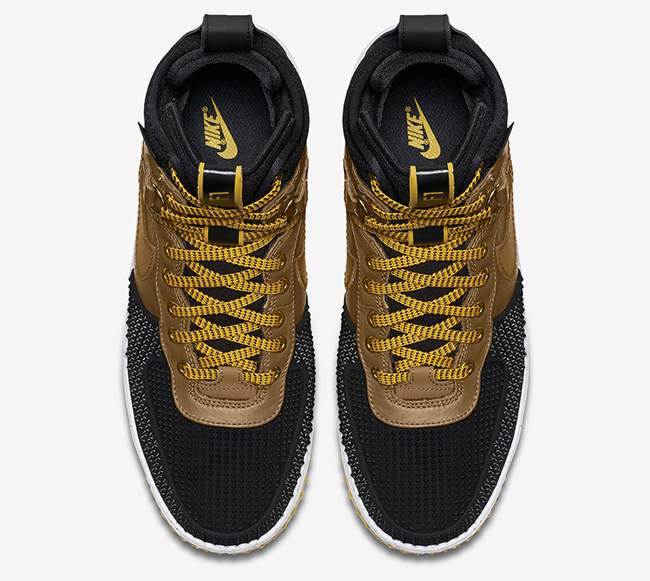 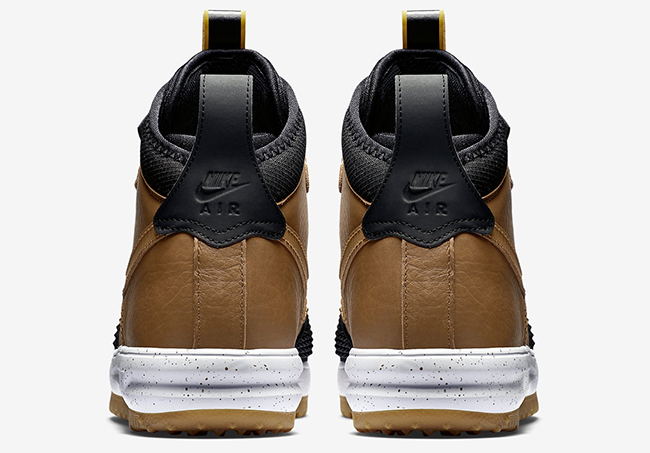 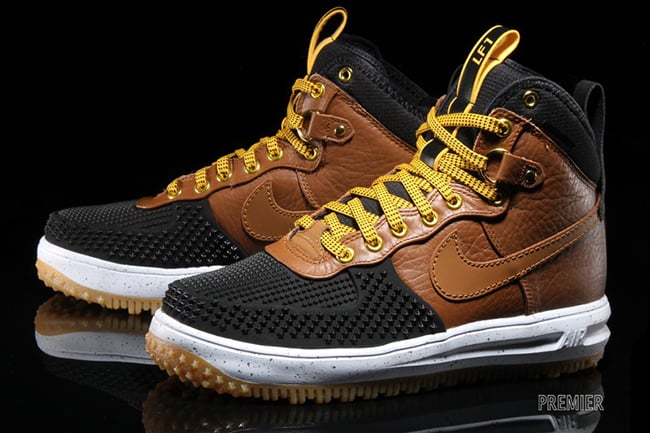 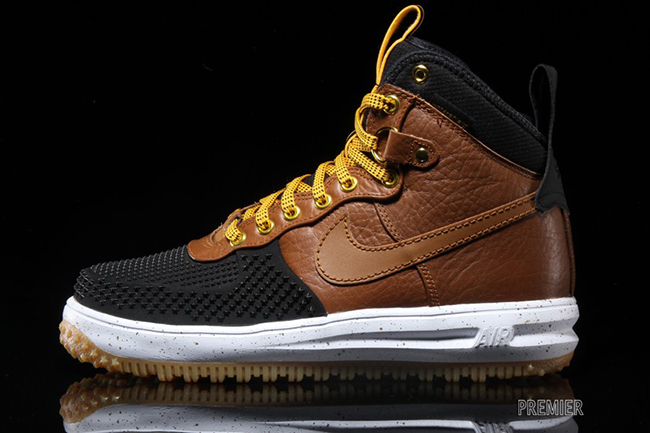 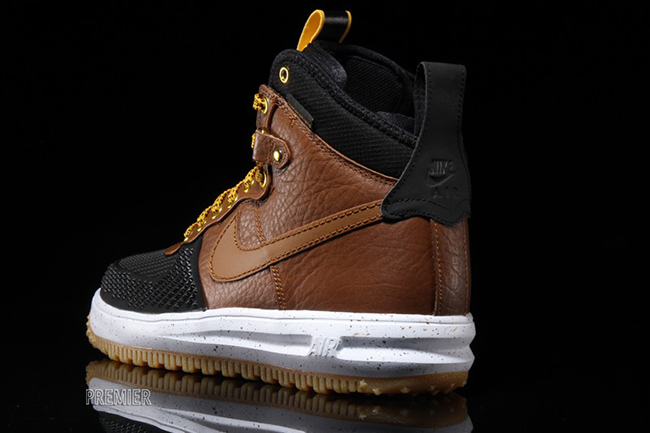 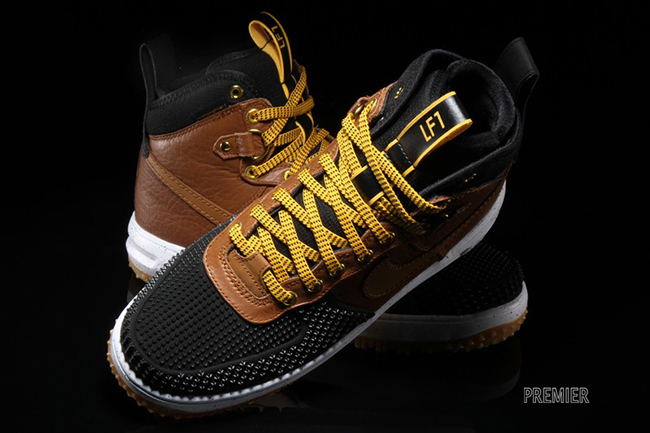 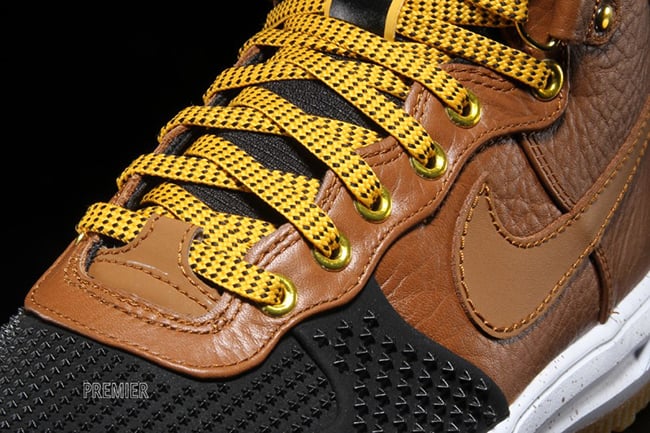 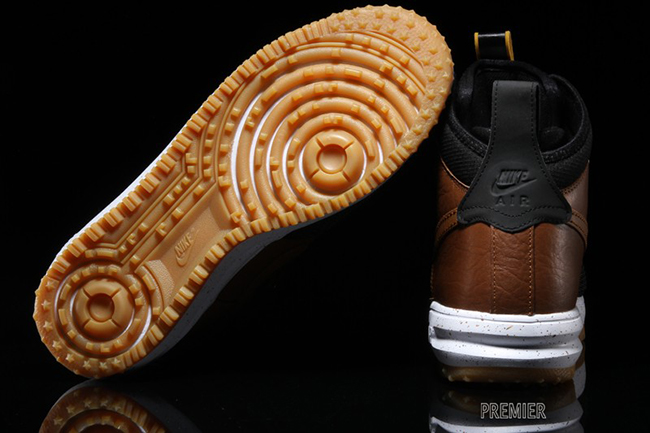