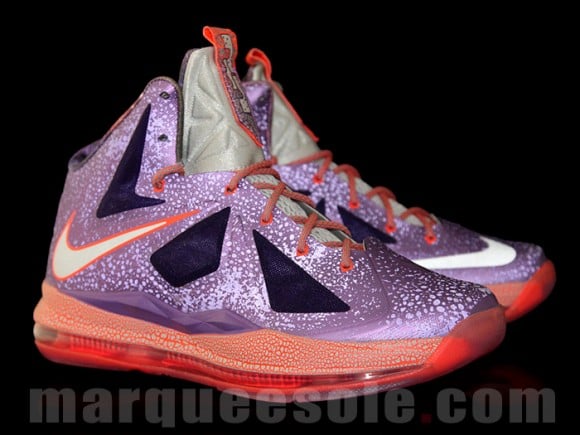 Perhaps Nike isn’t done with their “Galaxy” collection after all. What was thought to be the ending of an era with the arrival of the Nike Zoom Rookie LWP “Galaxy”, first images of the supposed Nike LeBron X (10) “Galaxy” have surfaced which indicate otherwise.

Rumored to coincide with with the February 2013 NBA All-Star Game in Houston, TX, early images show this Nike LeBron X (10) to display a crater-like pattern throughout its purple, crimson (or red), and metallic silver makeup. Also revealed is a gradient effect tongue tab, matching laces, and what could be perceived as 3M on the upper.

Unlike the traditional “Galaxy” motif that we’re used to seeing, let us know what you think about this model so far and stay tuned to Sneaker Files for more developing news on the supposed Nike LeBron X (10) “Galaxy”. 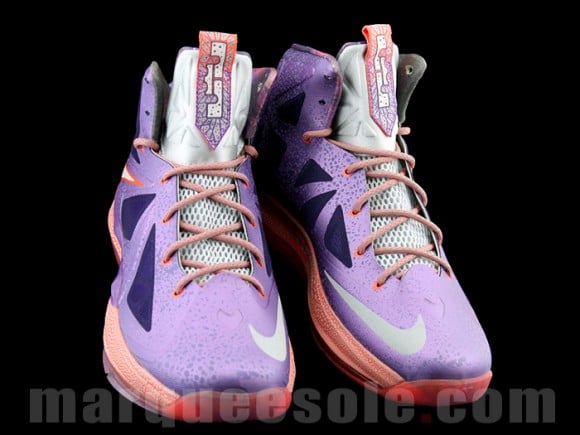