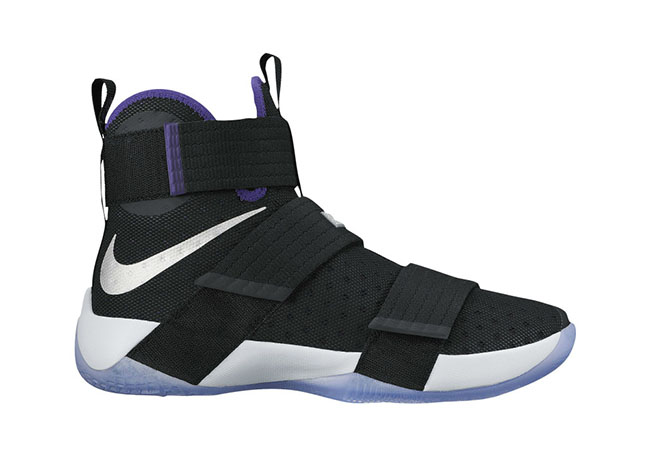 As most of you know, we will see the ‘Space Jam’ Air Jordan 11 release once again in December in true OG form. As well, LeBron James is expected to star in the Space Jam sequel. There has been a few conflicting reports on the movie, however it does appear to be in the works.

As for this Nike LeBron Soldier 10, they feature a Black, White and Purple color combination that reflects the Space Jam. As you can see, Black covers the mesh uppers while landing on the three cross straps. Purple is then spotted on the liner and hinted on the top strap while Metallic Silver hits the Swoosh. Finishing the look is White across the midsole and a translucent Blue outsole.

At the time of writing, a release date for the Nike LeBron Soldier 10 Space Jam is not available but we will make sure to update you with additional information. 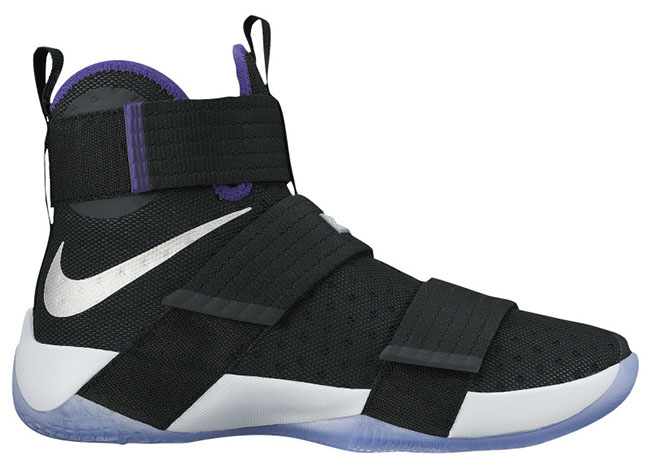