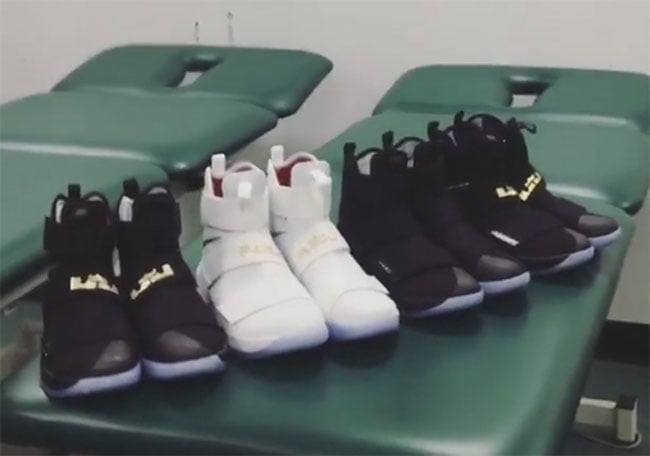 After much delay, Nike Basketball is finally paying tribute to the Cleveland Cavaliers NBA Championship with the ‘Four Wins’ Pack. There is a strong chance that the brand will release more LeBron Soldier 10s wore by the All-Star with this showing of the Nike LeBron Soldier 10 Four Wins Championship Pack lineup.

Earlier, a leaked image showing all four of the Nike LeBron Soldier 10 Four Wins that at one point, was worn by James during the NBA Finals. Three of the pairs come in predominate Black while one is done in White. Three out of four will use Metallic Gold detailing while all feature a translucent outsole. One of the Black pair will not use any Gold while the White features Red across the liner.

Below you can check out another image of the Nike LeBron Soldier 10 Four Wins Pack. The Game 3 Homecoming Pack will release tomorrow, October 22nd. How many of you are going after the pack? 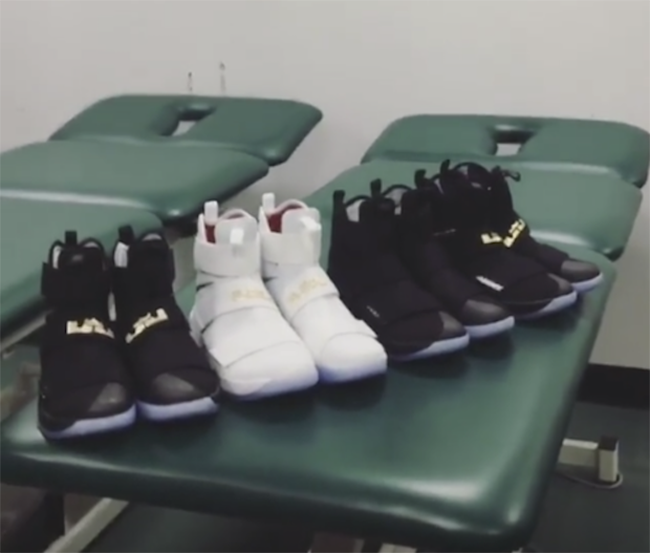