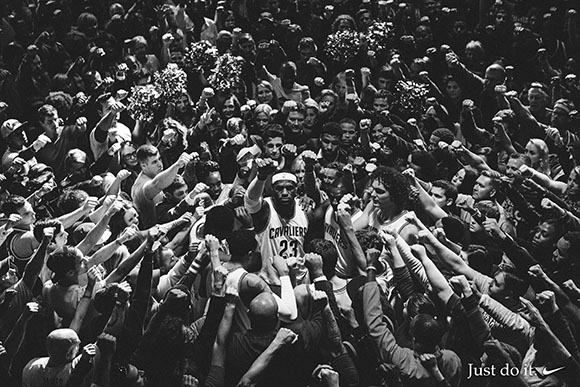 Right now LeBron James and the Cleveland Cavaliers are playing against the New York Knicks at Quicken Loans Arena, the first game for the Cavs. What’s even more exciting is it’s LeBron’s first game suiting up back with his original team. Today Nike has released a new ad known as ‘Together’.

Together focuses on LeBron James in a huddle firing up his teammates. During the commercial Nike shows just a single glance at the LeBron 12s. The focus here is bringing all the fans together as the video goes on to show all Cleveland fans uniting.

You can see the commercial below, and if you want to download the poster for together click here.