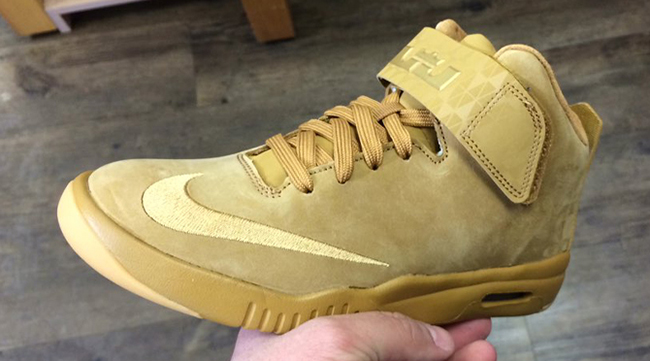 During the Fall, Nike released a ton of sneakers using the Wheat theme. LeBron may have missed the memo on this, but being late is better than never. The latest release from the two is the Nike Air Akronite ‘Wheat’ which will be releasing soon.

The uppers feature Wheat which looks to be crafted in suede. Following is a Gum midsole that extends through the sole. They are then completed with what appears to be a gold shade on the strap.

As of now, only select stores are receiving the ‘Wheat’ Nike Air Akronite, but due to just an image being snapped, the location is unknown. Expect a wider release to take place along with more Nike Basketball retailers launching this pair in the coming days to about a week. Let us know what your opinion is on the Wheat edition of the Air Akronite below.