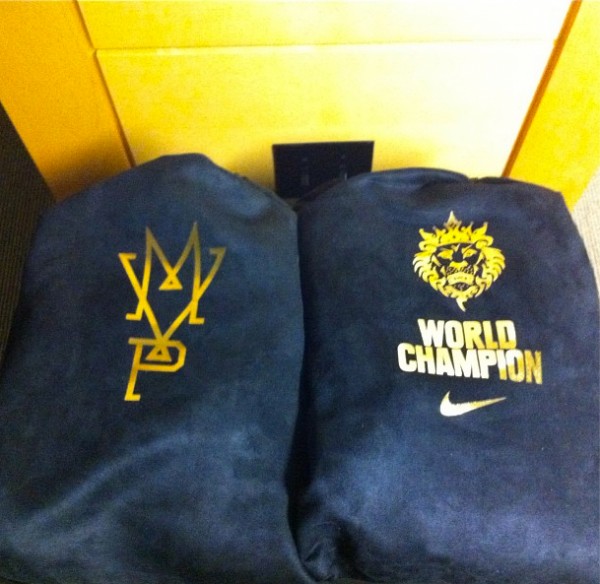 While it is unknown whether the special edition kicks will come in the form of the “MVP” Nike LeBron 9 that was originally unveiled back in May, the package does see special black velvet dust bags complete with gold “MVP” and “World Champion” branding alongside LeBron’s lion head logo and the Nike Swoosh.

Checkout the teaser and stay tuned.