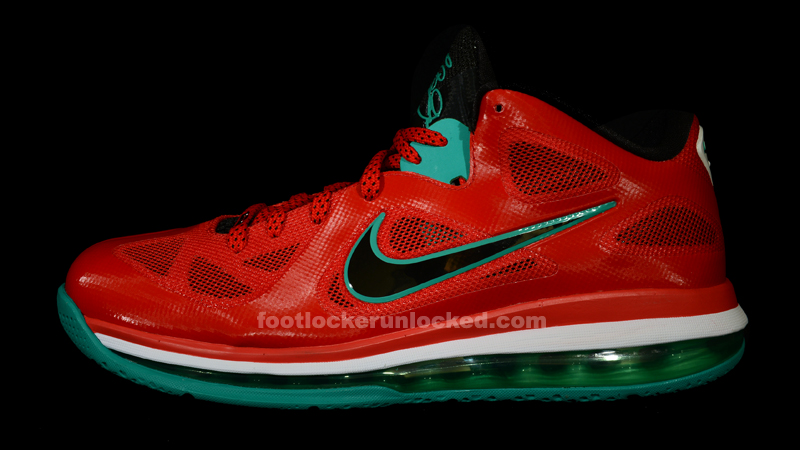 Ahead of its originally scheduled September 1 release date, the Nike LeBron 9 Low “Liverpool” is now available in-store at select House of Hoops and Foot Locker locations. Stay tuned for news of an online drop.

Nike has unexpectedly lifted the release date for the Nike LeBron 9 Low “Liverpool” making today, the unofficial release of, what is in all likelihood, the last of the LeBron 9′s to be released. The colorway pays homage to Liverpool F.C., one of England’s most historic soccer teams, which LeBron became a minority owner of in 2011. Officially action red/black-white-new green, the upper is dominated by action red. Black accents can be found on the inner lining, tongue, and Nike Swoosh on either side of the shoe. New green, a color that is prominent on the team’s crest but not always their jerseys, take care of the outsole, 360 Air Max bubble construction and various other highlights around the shoe.

Liverpool’s motto is “You’ll Never Walk Alone,” which can certainly be interpreted for these sneakers as well.

The Nike LeBron 9 Low “Liverpool” is now available at House of Hoops by Foot Locker and select Foot Locker stores for $150. Check back for updates on when it will be available on Footlocker.com.