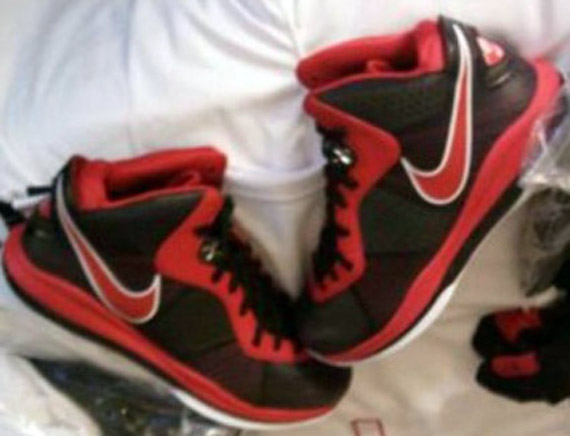 The AAU team Shooting Star players are lucky enough to recieve player exclusive pairs of the Nike LeBron 8 model, including this black, red and white colorway. This player exclusive is dressed in a mainly black upper with red being used on the shoe’s midsole, swoosh, eyestay, inner linning and details throughout. A white appears on the outer swoosh and outter sole adding some contrast to the shoe. These will not release and are only available to the Shooting Stars players, continue reading and let us know if you wish Nike would drop these joints. via LRJ23.