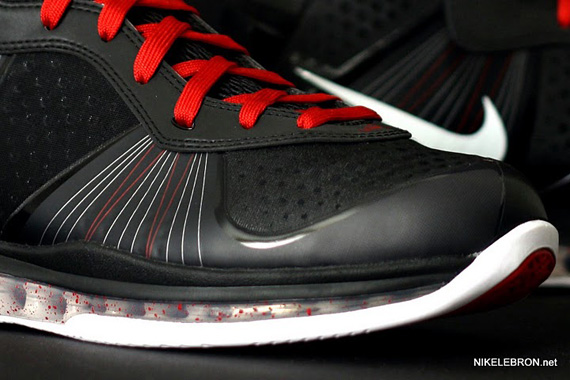 Tomorrow the Portland Trailblazers will play their last game of the 2010-2011 season, yet another season gone. The Trailblazers are lucky enough to be the sixth seed in their Western Conference, in time since the NBA playoffs will start this up coming weekend. With that being said, new images of the Nike LeBron 8 V2 ‘Portland’ which was first seen a month back has surfaced. With a dominate black upper, and hints of red being used on the laces, swoosh and outsole, while hints of white can be seen throughout. While no release date has been said, and sadly these will probably never see a release, stick with SneakerFiles for the latest. via NikeLeBron. 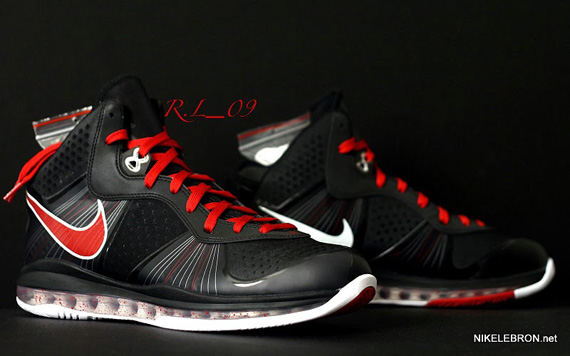 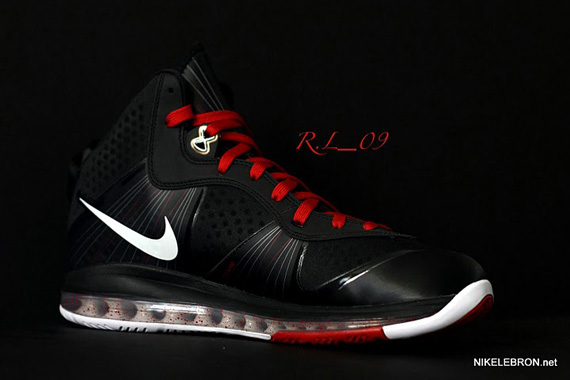 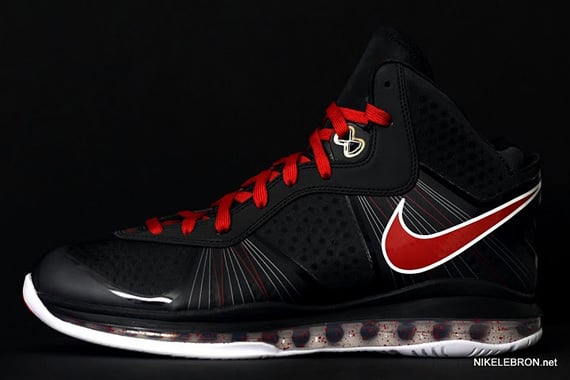 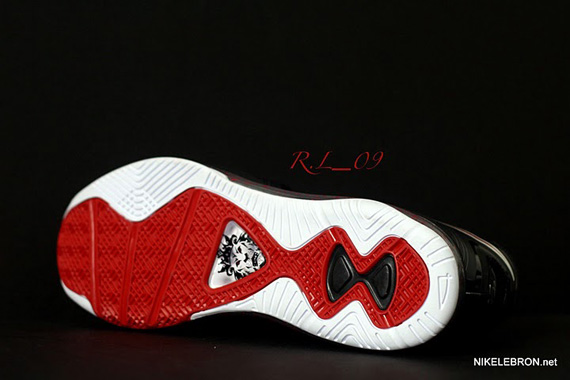