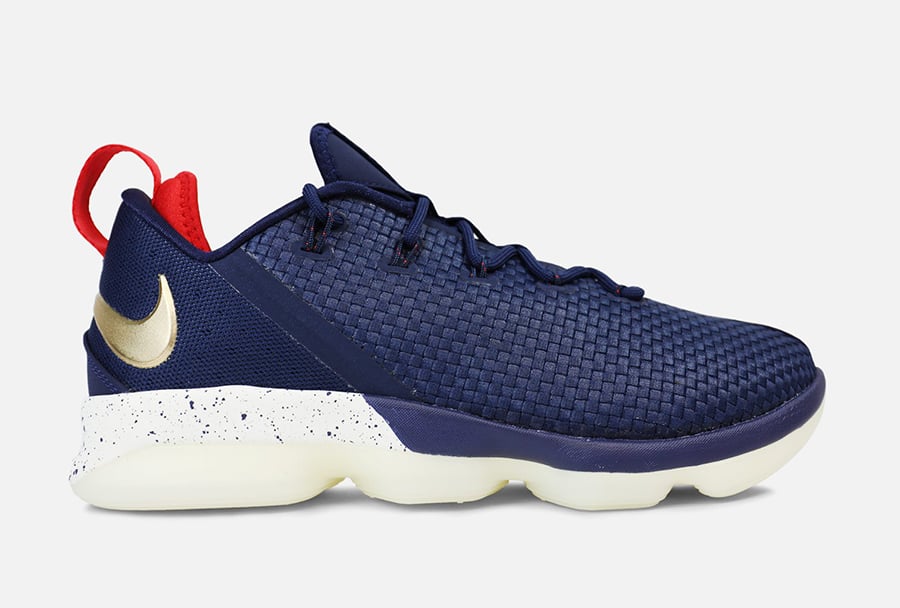 This low top edition Nike LeBron 14 comes dressed in a Midnight Navy, University Red and Metallic Gold color combination. The pair which was seen by LeBron during the NBA Finals features unbuckle and woven across the uppers done in Navy. In addition we have Red on part of the liner and back heel pull tab. Following is Metallic Gold on the Nike Swoosh and speckled accents on the midsole. Finishing the look is a translucent outsole.

Continue to scroll below to check out more images of the Nike LeBron 14 Low Midnight Navy which will give you a closer look. They are scheduled to release at select Nike Basketball retailers and online at Nike.com on August 12th, 2017. Retail price will be $150. 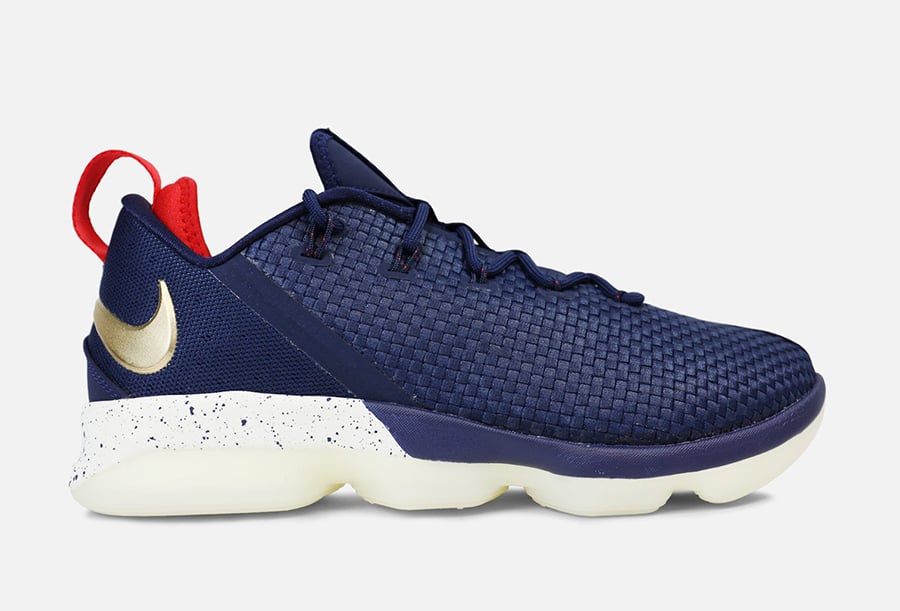 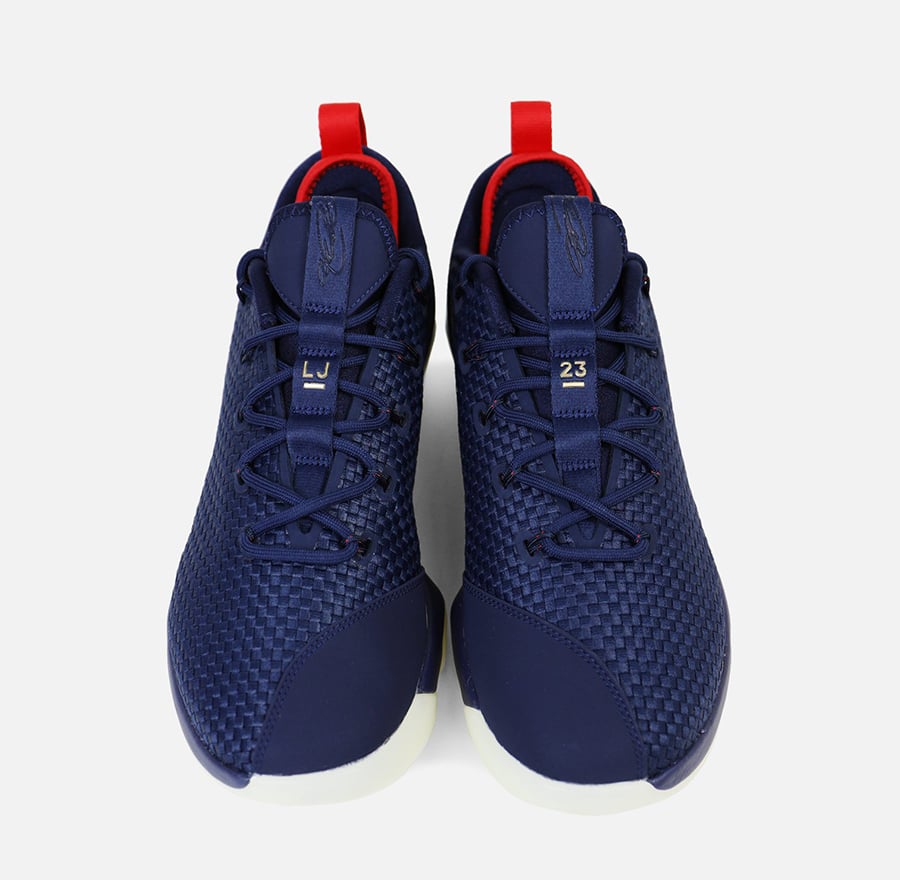 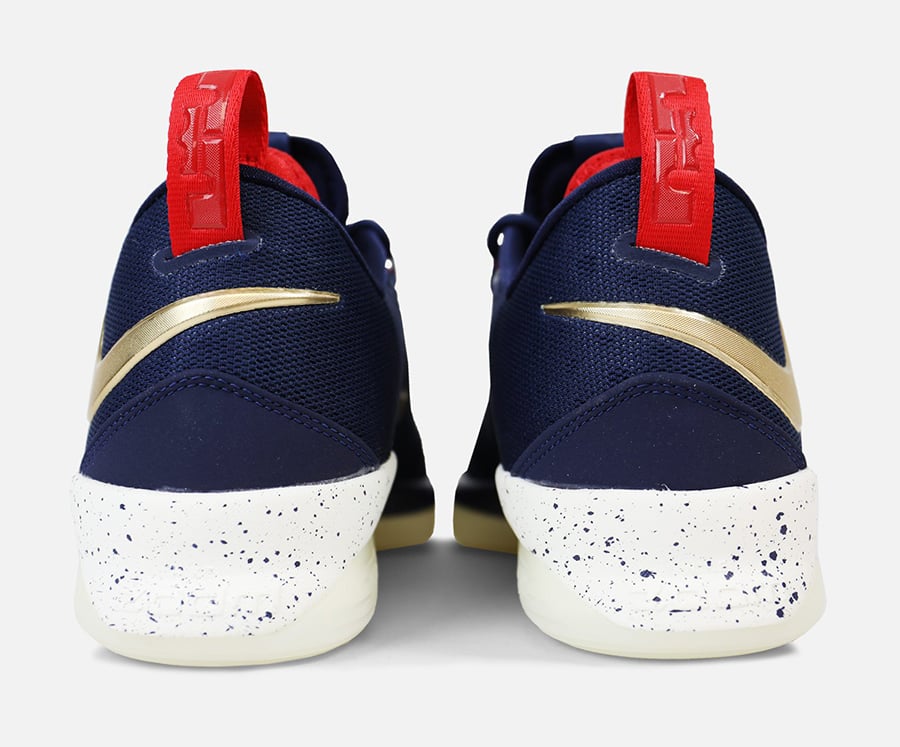 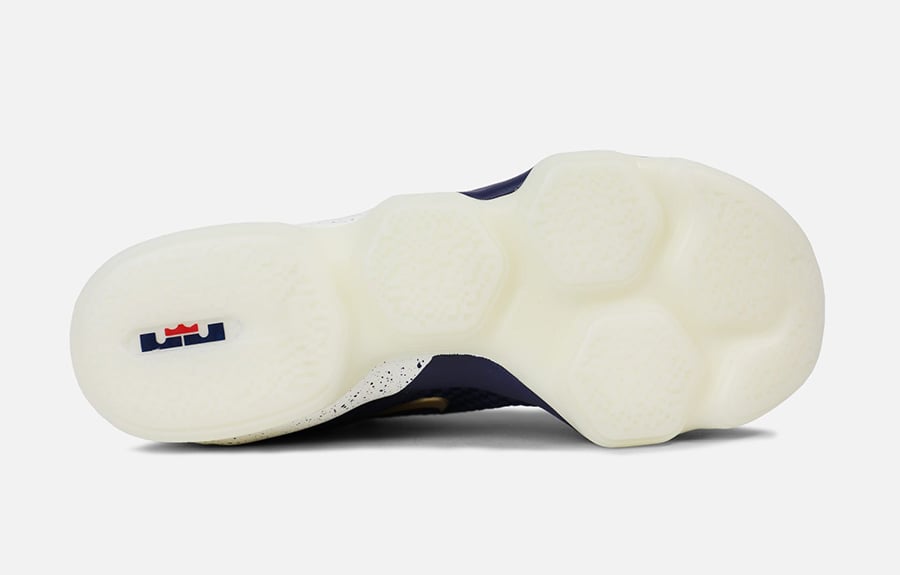 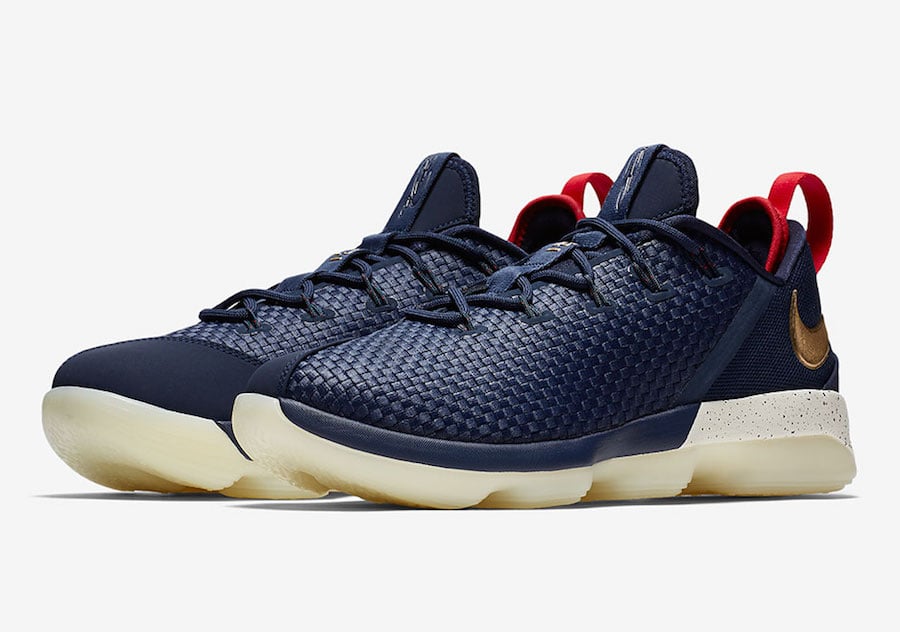 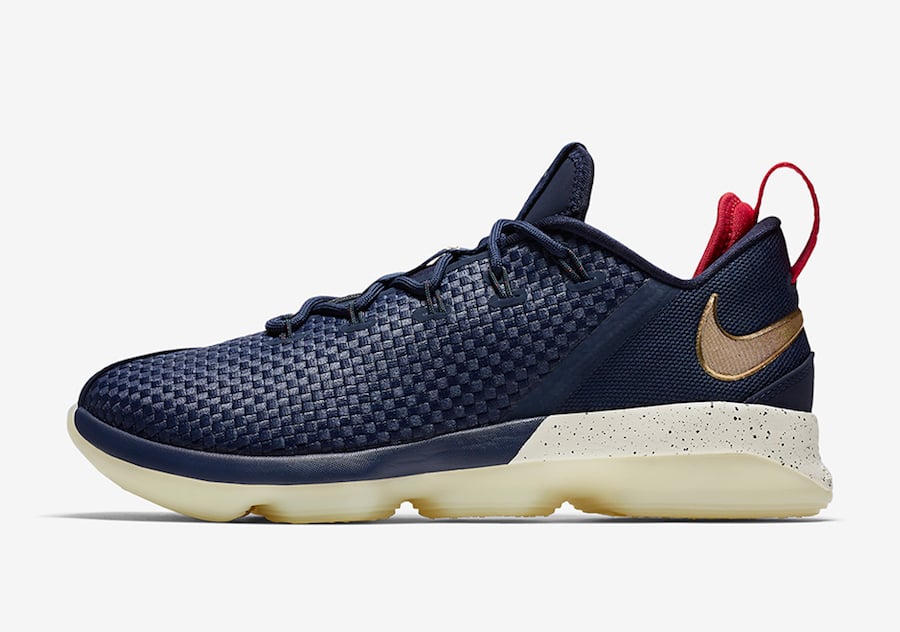 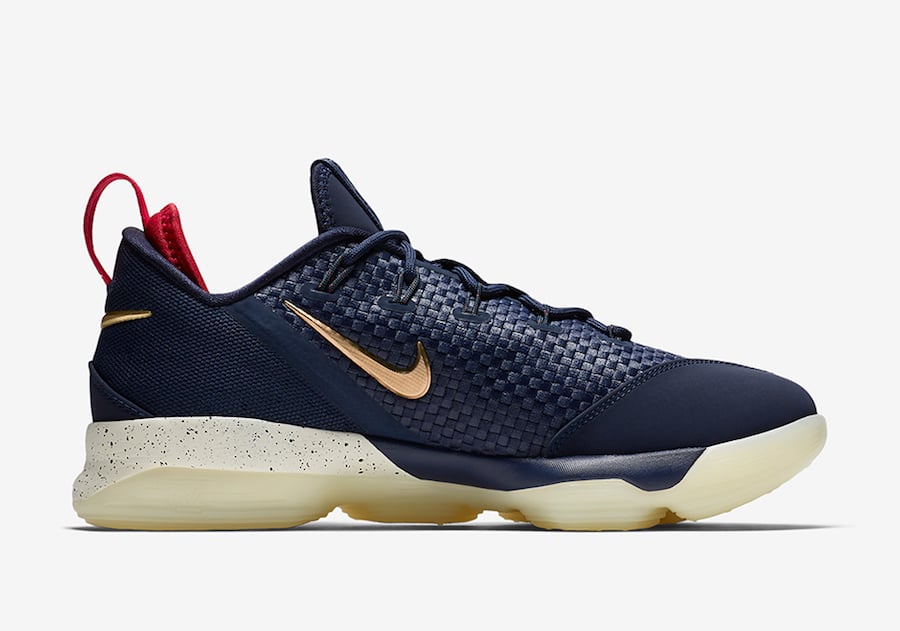 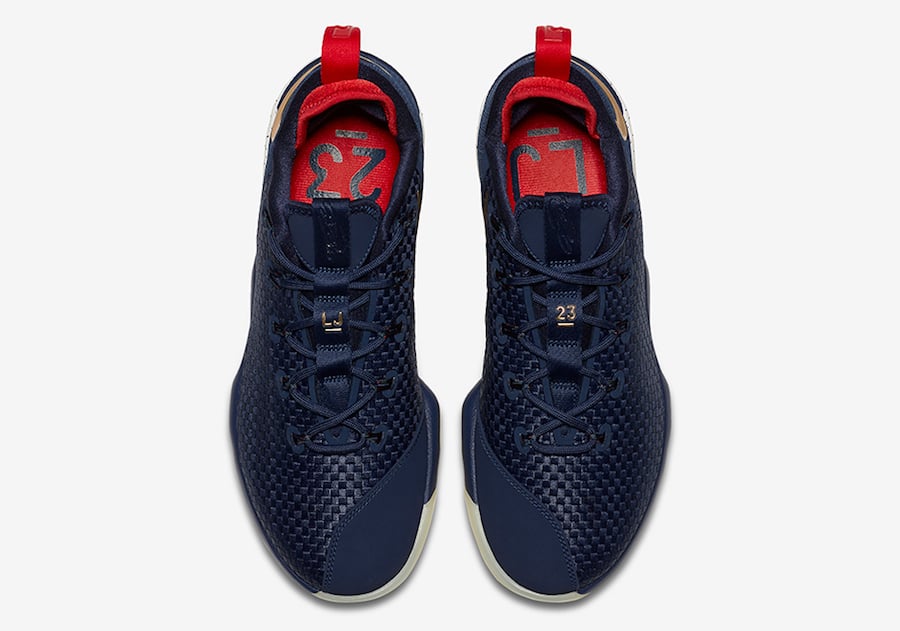 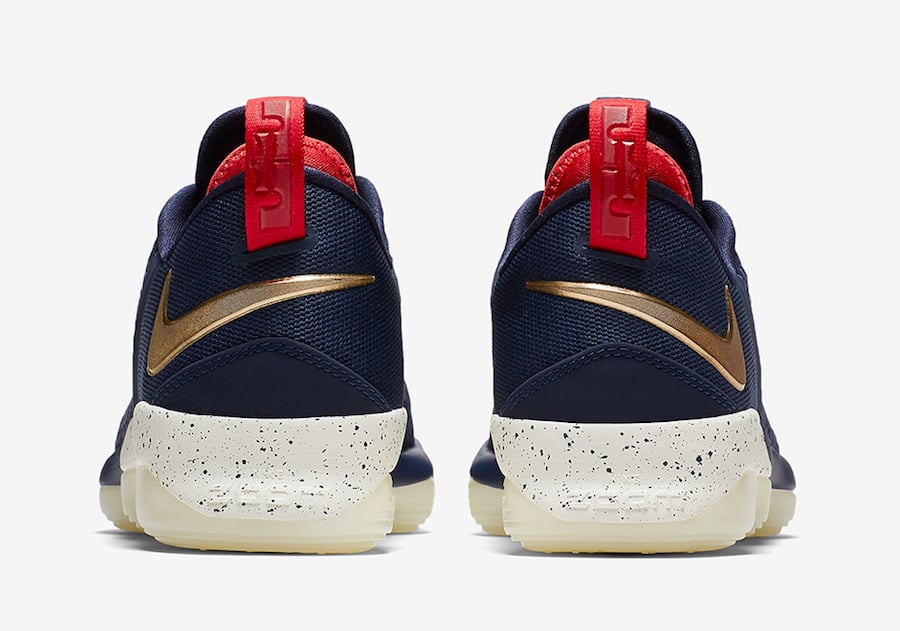 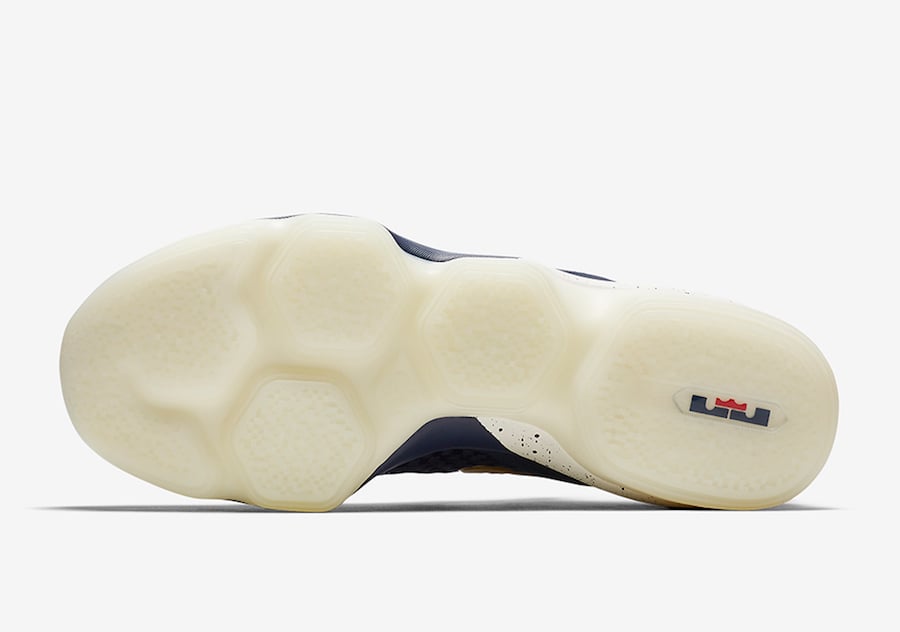 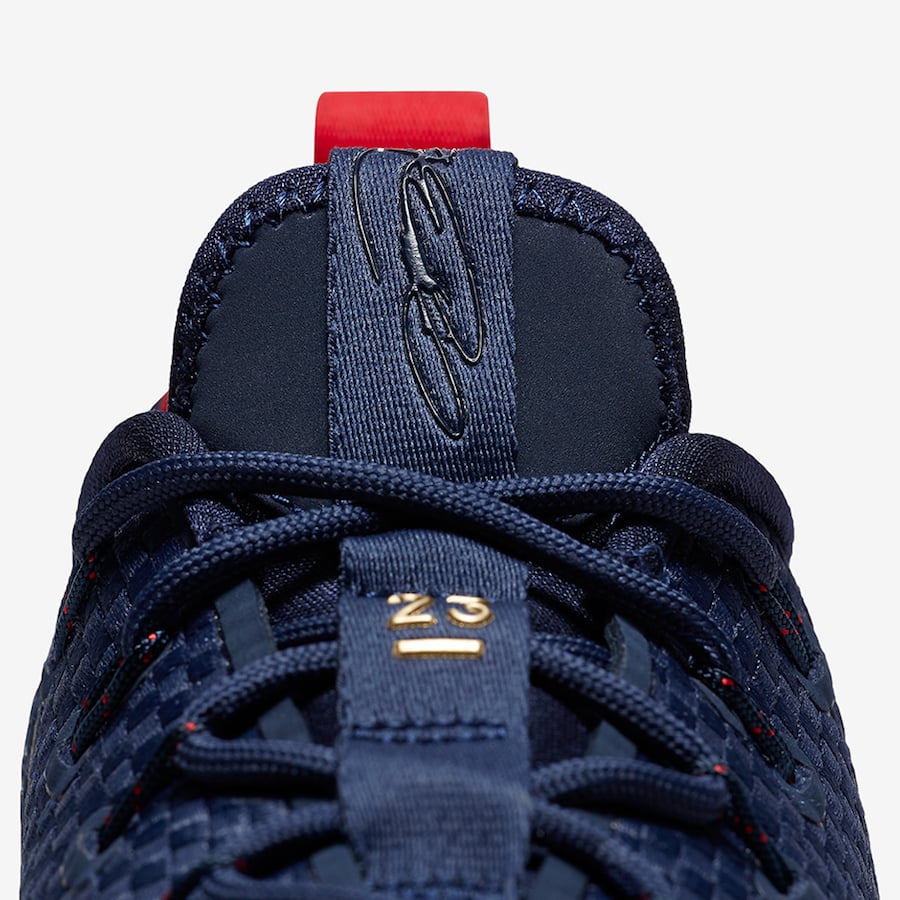