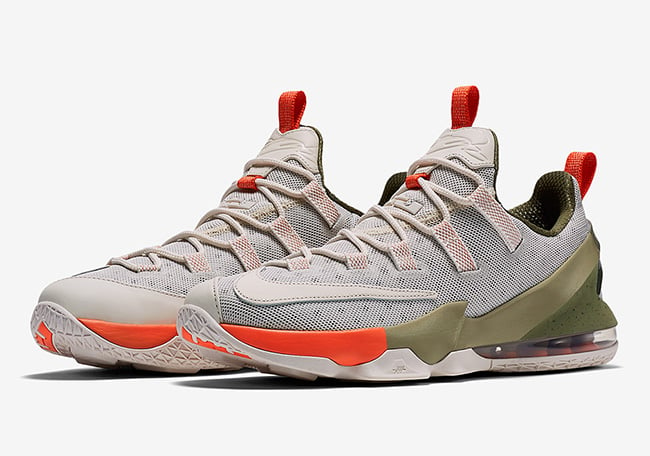 The Nike LeBron 13 Low will also debut in color schemes fitting for fall, although we are probably getting close to the unveiling of his next signature model. One of the more intriguing releases from his line so far is this Nike LeBron 13 Low White Olive Orange pair that was recently spotted.

Using the Low top Nike LeBron 13, they come dressed in Phantom, Neutral Olive and Turf Orange which has a Thanksgiving feel to them. Using a Phantom mesh upper which is basically White while Olive covers most of the midsole. A bit of Orange is also seen on the midsole but is again used within the Air Unit, tongue and heel tabs.

The Nike LeBron 13 Low in White, Olive and Orange is set to release at Nike Basketball retailers on August 12th, 2016. Retail price will be $160 due to being a premium release. Make sure to check back with us for updates and for now, see additional photos below.

Update: Overseas shops received the Nike LeBron 13 Low shown on the 5th, however a stateside release will take place on August 12th. Since this is a Premium release, retail price will be $160 instead of $150. 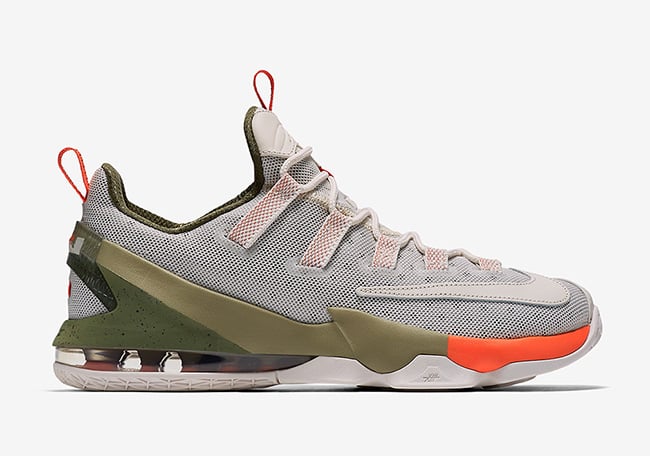 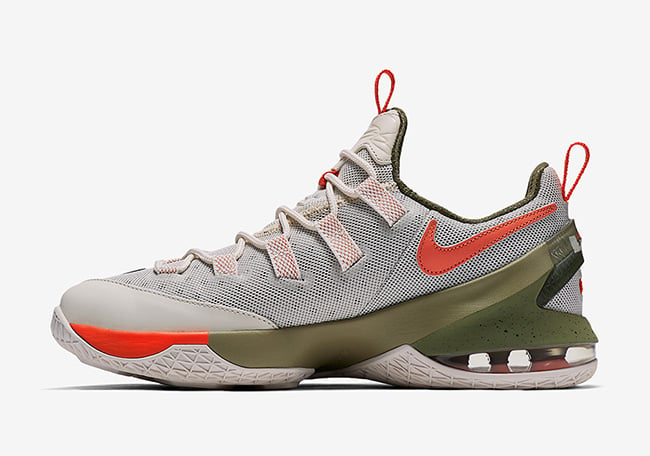 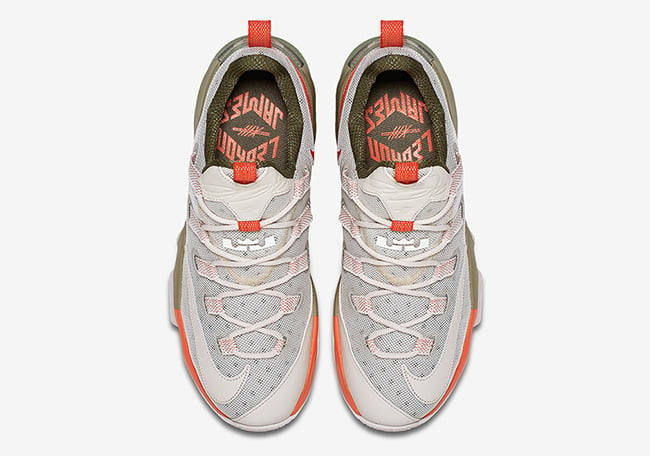 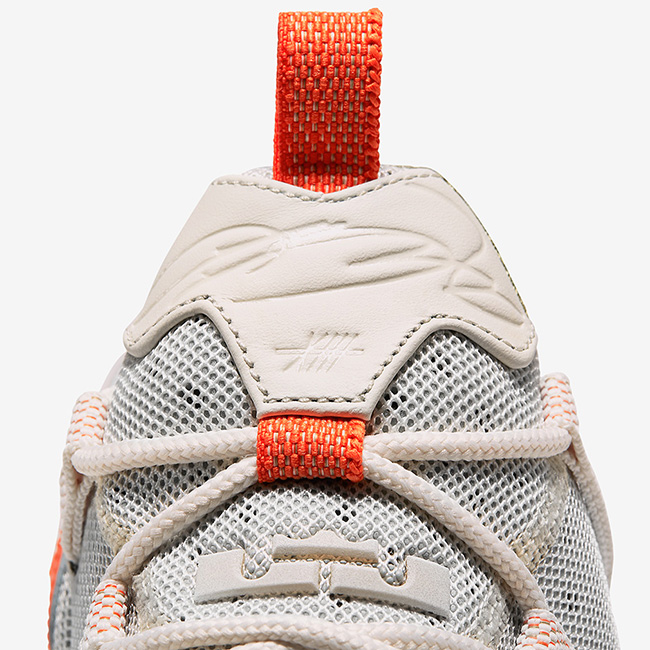 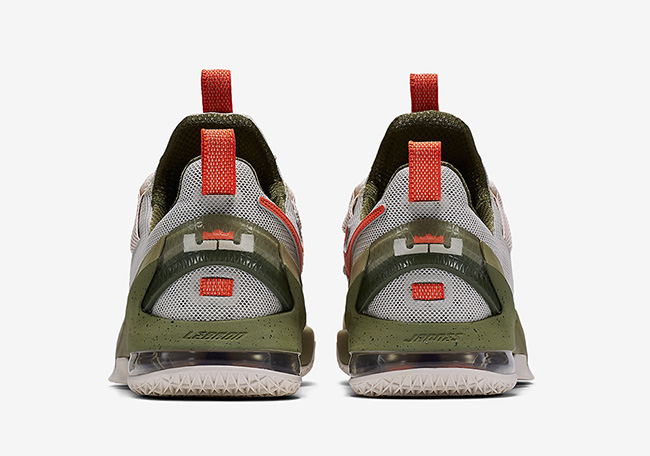 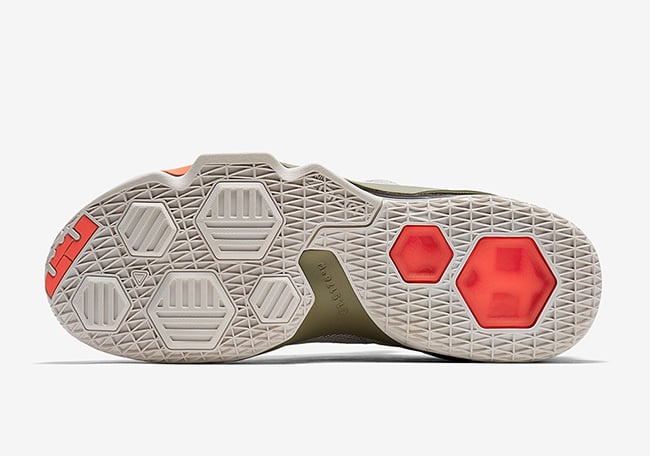 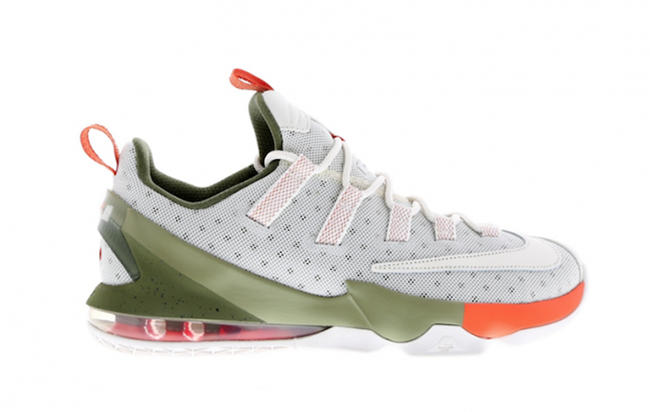 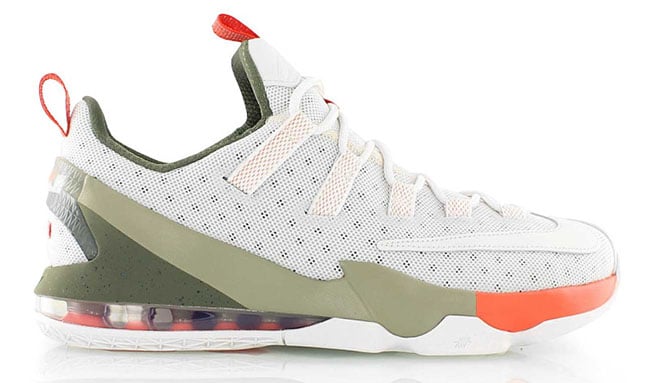 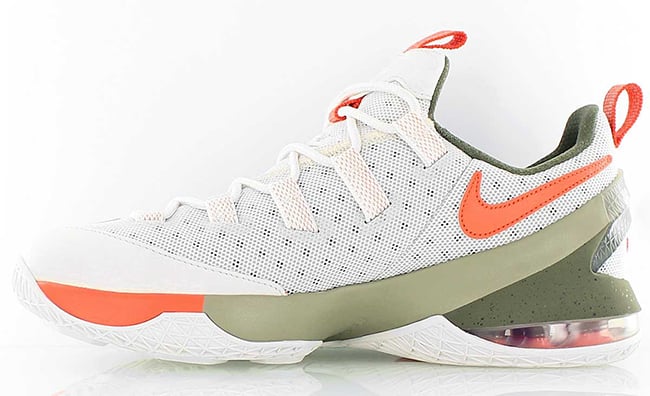 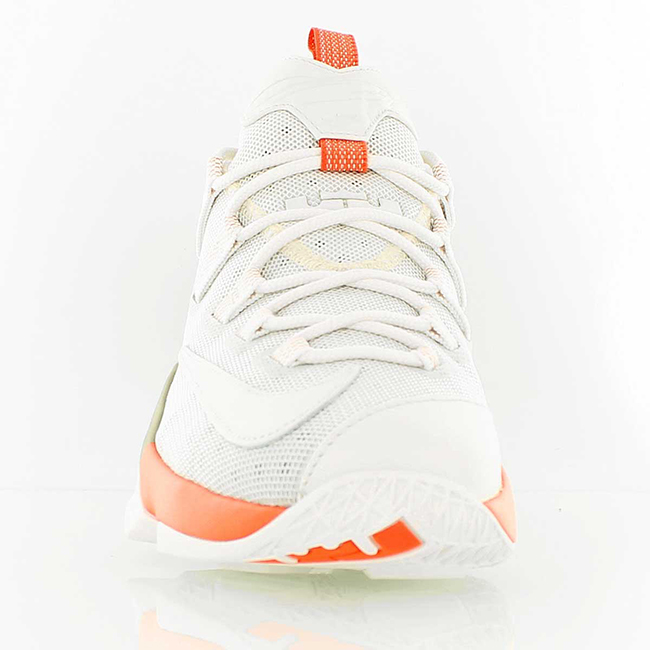 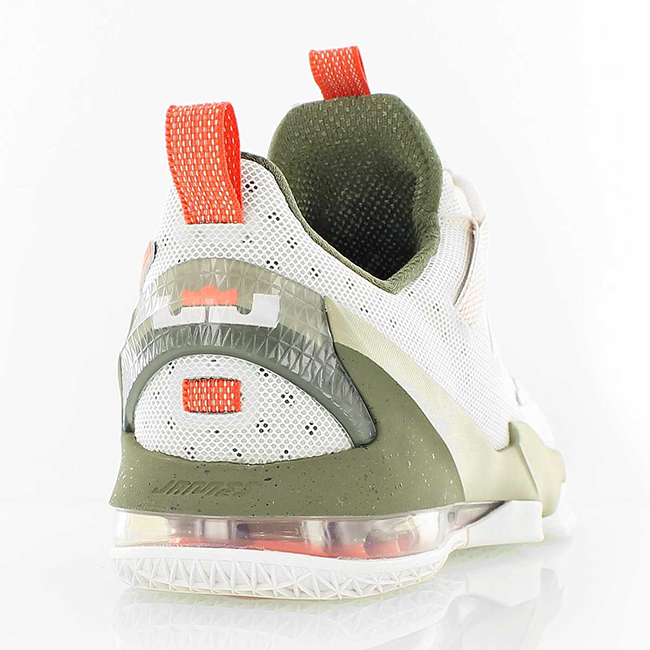 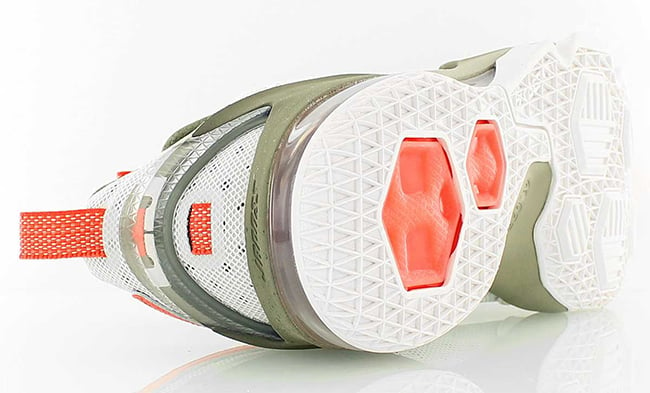