HomeNikeWhat J.R. Smith Wore in Game 1 of the NBA Finals

What J.R. Smith Wore in Game 1 of the NBA Finals 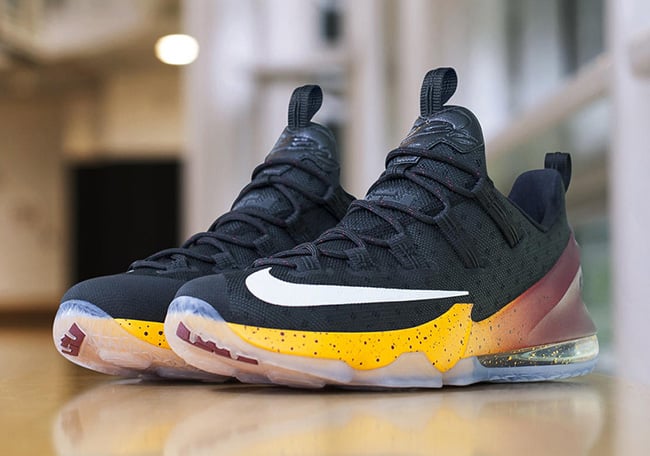 There is a lot you can take away from Game 1 of the NBA Finals, but one thing is for sure, the Cavs will try and answer back. What we can appreciate is the footwear the Cavs were wearing which was highlighted by Irving in the Kyrie 2 Finals PE, but J.R. Smith had his own pair to wear. During most of the game you could see him in his own Nike LeBron 13 Low JR Smith NBA Finals PE.

Smith went with the Nike LeBron 13 Low which comes in a clean Cleveland Cavaliers road theme. The uppers feature a one-piece Navy mesh while Yellow gradients to Wine Red with a speckled overlay. Other details include a translucent outsole, White Swoosh and more speckles on the Max Air unit.

After the first half, J.R. Smith traded his PE’s in for what looks like the ‘Cool Grey’ release. More photos of the J.R. Smith Nike LeBron 13 Low Finals PE are shown below. While we don’t think they will release, we will give you a heads up if Nike decides to drop them. 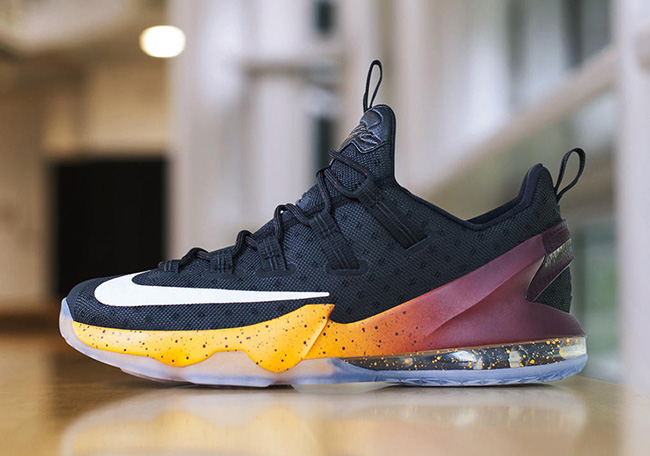 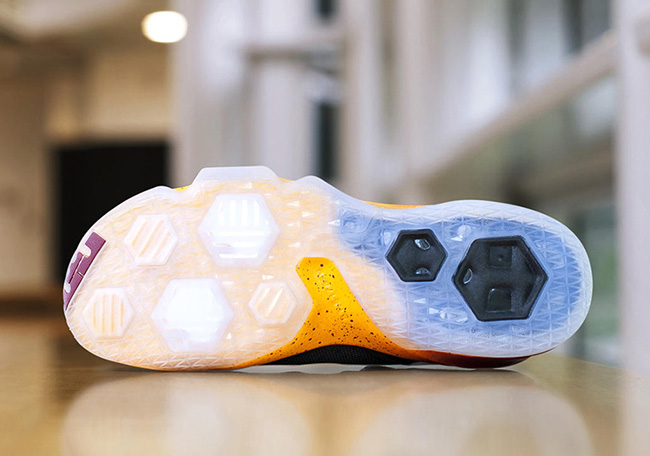