HomeNikeWhat Kyrie Irving Wore in Game 1 of the NBA Finals

What Kyrie Irving Wore in Game 1 of the NBA Finals 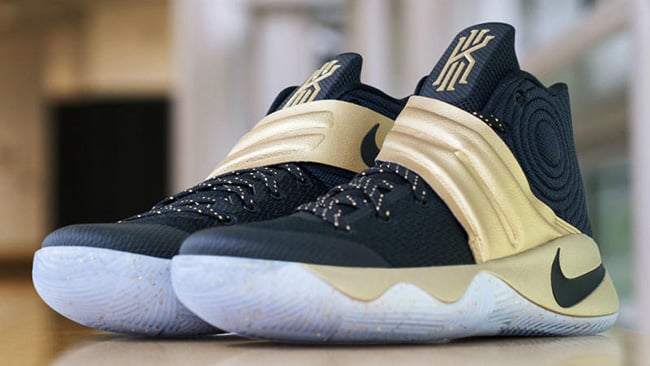 Game 1 of the NBA has now started which has some of us wondering what the players are wearing. As Kyrie Irving and the Cavs try and steal the first game in Oracle Arena, the point guard is wearing the Nike Kyrie 2 Navy Gold Finals PE.

The Nike Kyrie 2 shown mashes the Cleveland Cavaliers colors while still representing the Larry O’Brien trophy. Looking closer, they feature Navy Blue through the base while Metallic Gold lands on the cross strap, midsole and Kyrie branding. Other details include a translucent outsole with Gold speckling as well as the shade sprinkled into the laces.

Keep scrolling below to check out more photos of the Nike Kyrie 2 ‘Navy Gold’ Finals PE. Currently there isn’t any release details as of yet, but it’s possible to see a release if the Cleveland Cavaliers win the NBA Championship. Let us know if you think Nike Basketball should release this pair. 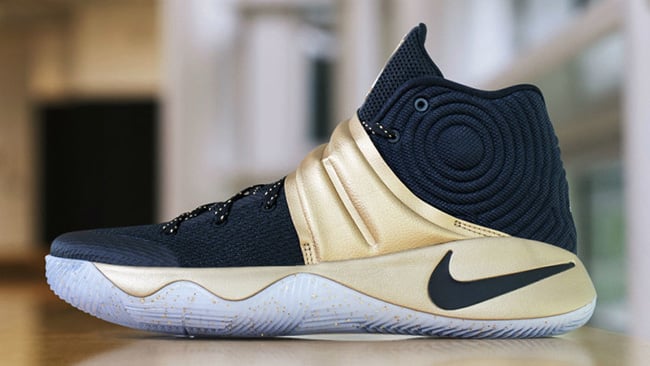 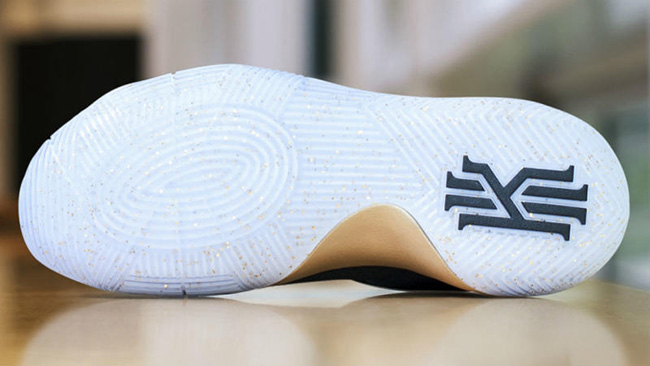