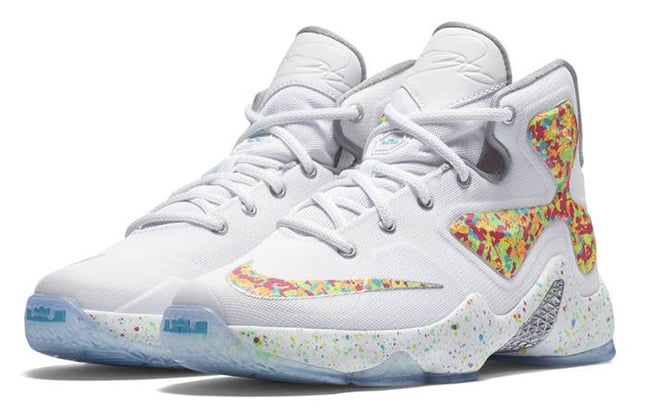 The Nike LeBron 13 ‘Fruity Pebbles’ is the next installment in the Cereal series from LeBron James and Nike. Once again, the brand will release this pair as a Kids exclusive.

As you can see, the base receives the White treatment while the multicolor which resembles LeBron James favorite cereal, Fruity Pebbles, is seen across the Hyperposite overlays. The same graphic is also used across the Swoosh by the toe. In addition multicolor speckles overlay the midsole. Other details include Grey landing on the liner, metallic silver hitting the mid-foot and finished with a translucent sole.

Update: The ‘Fruity Pebbles’ Nike LeBron 13 will debut tomorrow at Nike Sportswear retailers. Here is our final look which are the official photos. 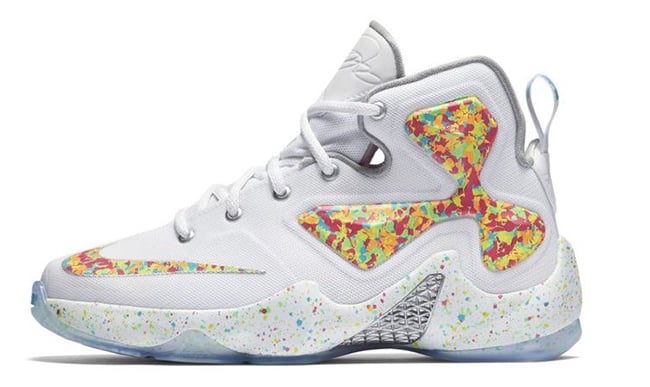 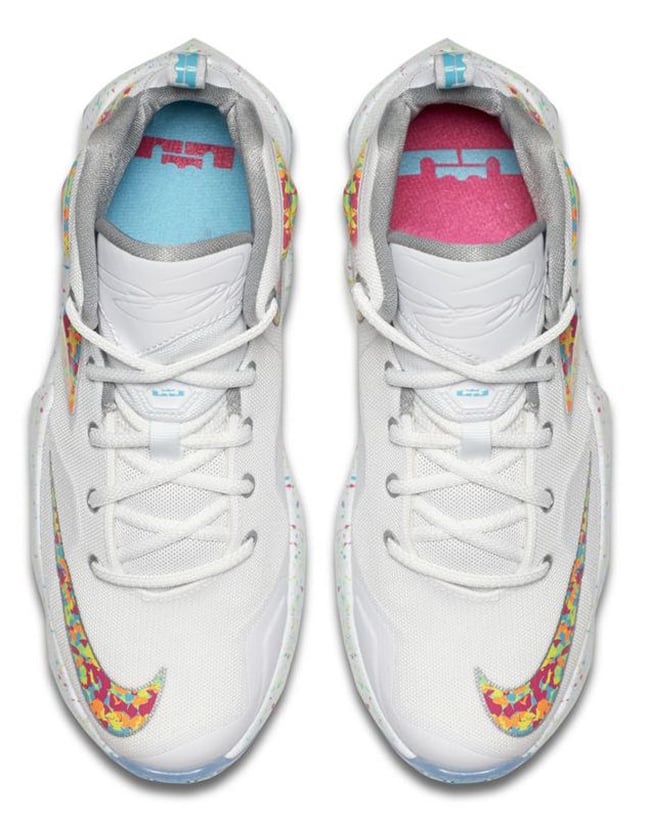 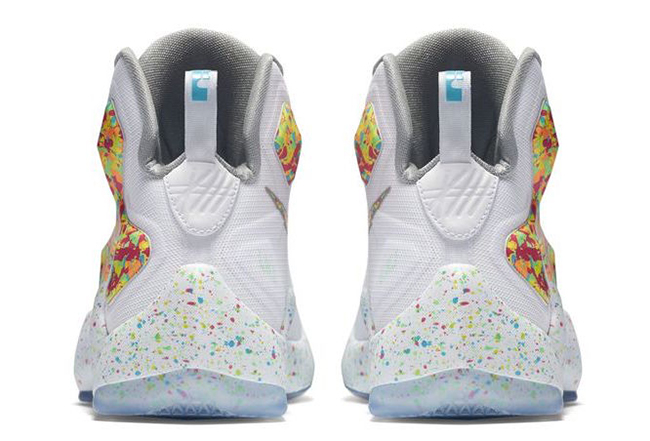 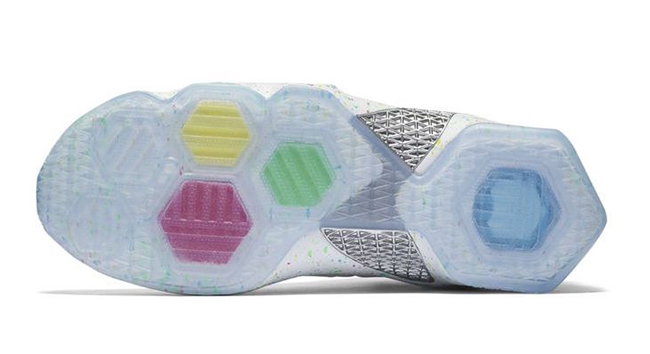 Update: Foot Locker has announced that the ‘Fruity Pebbles’ Nike LeBron 13 will be available on February 20th, 2016 for $160. 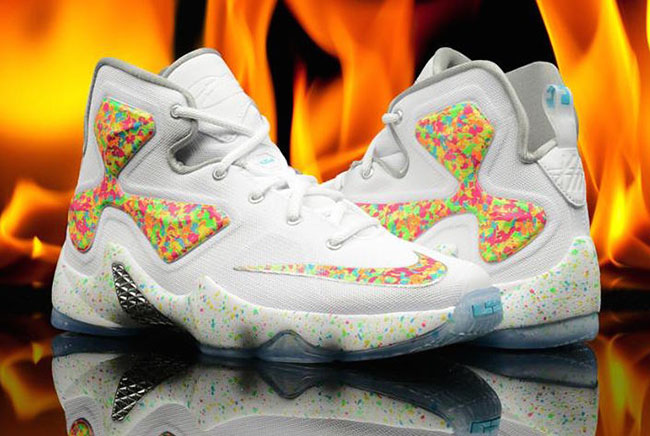 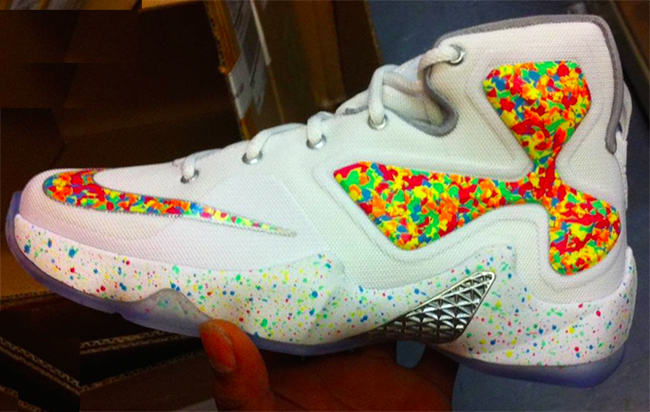 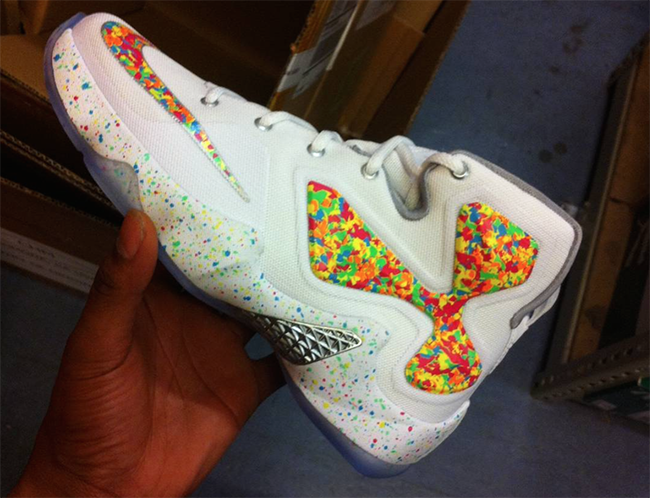