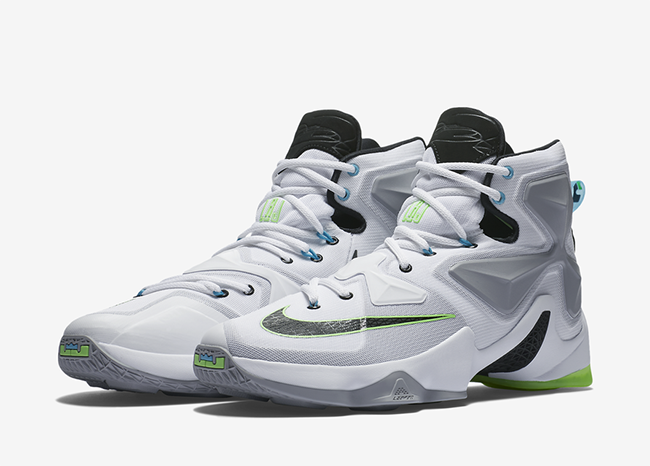 The Nike LeBron 13 ‘Command Force’ is an upcoming release from Nike Basketball that once again borrows the color blocking from an original model. This time the brand features the iconic Nike Air Command Force.

The Nike LeBron 13 joins the recently unveiled ‘Kyrache’ Nike Kyrie 2 which inspired by the Nike Air Flight Huarache and looks to form a 90s Basketball pack.

Using White through the base along with Grey on the Hyperposite overlay. Black detailing along Neon Green and Light Blue are accented throughout. Finishing the look is Nike Air on the heel which is take from the Command Force.

The ‘Command Force’ Nike LeBron 13 will release at Nike Basketball retailers on June 11th, 2016 for a retail price of $200. See additional official photos below and check back for more details. 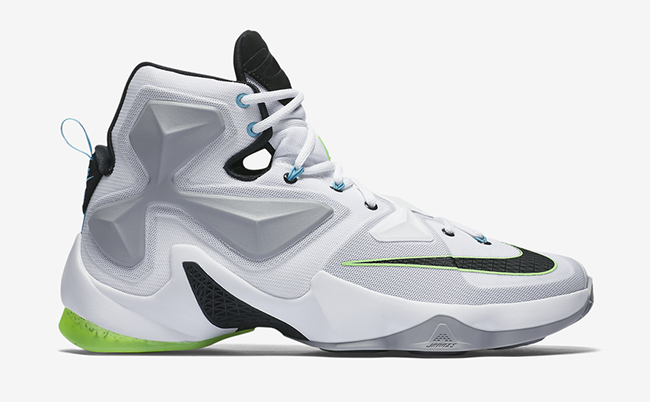 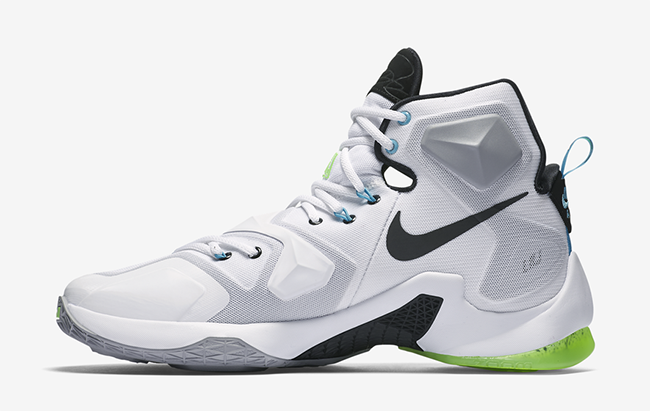 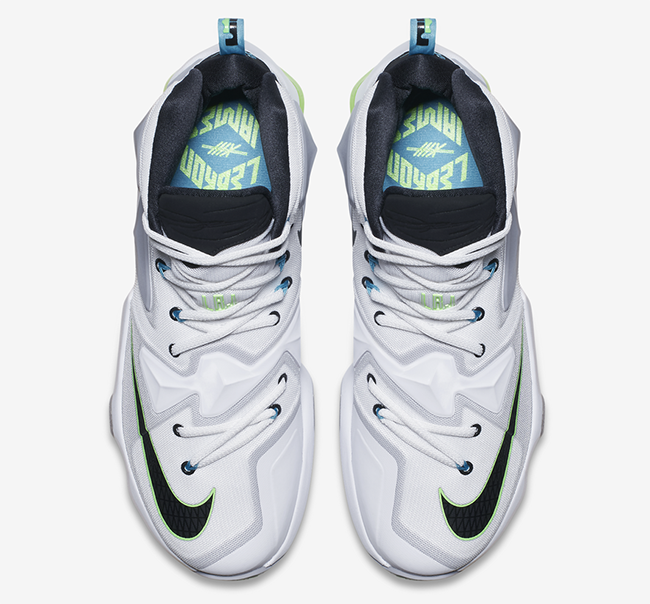 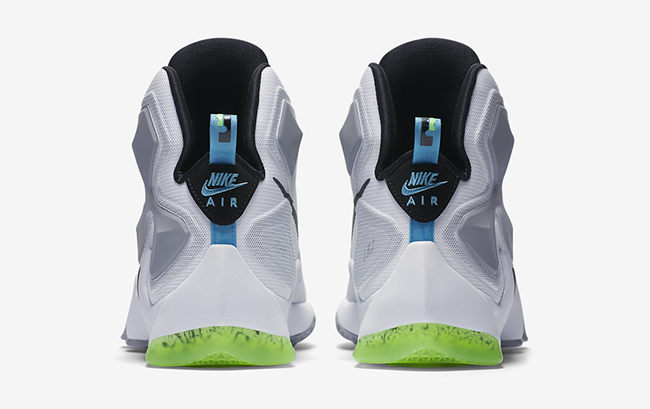 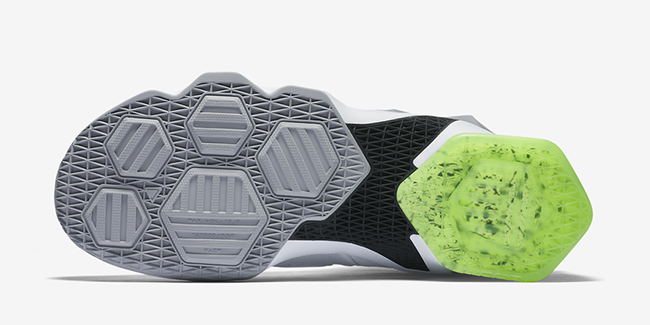