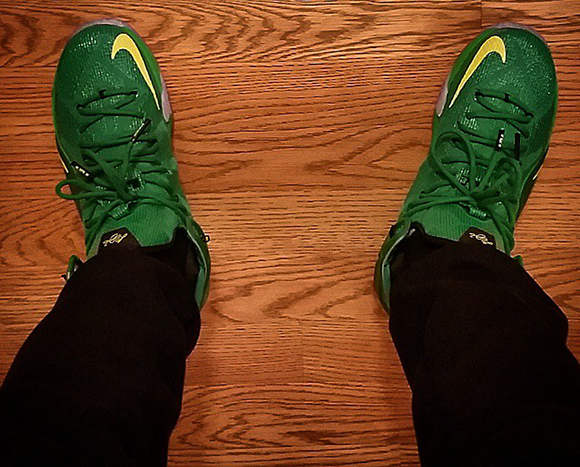 It must be nice being a close friend of LeBron James like Brandon Weems as he shows off the Nike LeBron 12 Oregon Ducks PE, which should come as no surprise that pairs are floating around, although we raise an eyebrow on how long it took for them to hit the net.

From what we can see, the Oregon Ducks LeBron 12 feature a predominate green upper along with yellow detailing, which is normal for any of the schools PE’s. But what we don’t see is any of the Ducks branding. Not to say it isn’t there, but maybe something minimal on the heel tab?

It would be nice if the Nike LeBron 12 Ducks PE actually released, but don’t hold your breath.