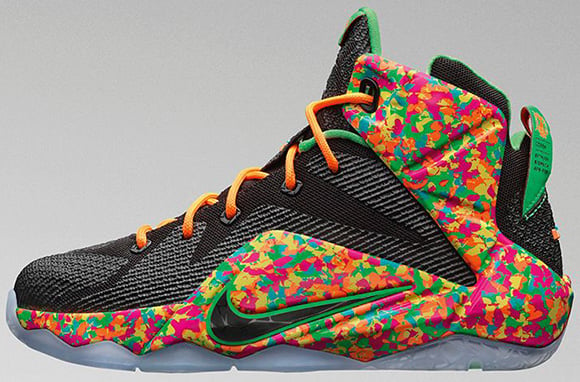 Another delayed release, just off announced the Metallic Gold Foamposite One won’t release until April 3rd, which originally was to drop this weekend. Now the Fruity Pebbles Nike LeBron 12 GS release was been pushed back.

The Fruity Pebbles LeBron 12 was expected to hit retailers tomorrow, March 11th and Nike Store has announced the new release date is March 18th. It appears that all online stores like EastBay, FinishLine etc have also postponed the release.

Well if you were planning on buying tomorrow, at least you can save your money for another week. We will make sure to alert you on the eve of the GS LeBron 12 Fruity Pebbles release.