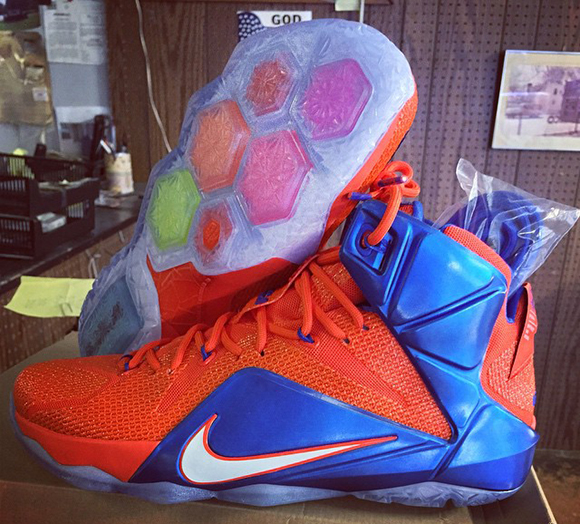 Durant is not the only Nike signature athletes to bless the Florida Gators with PE’s, you can now add the LeBron 12 to the list. When he played for Miami, the school would receive a ton of PE’s but since his departure, the numbers have dropped.

Trey Steiger was able to get his hands on the Florida Gators Nike LeBron 12 PE both home and away versions. The home version sports a predominate white with blue and orange detailing. The aways, which are a bit more festive use orange on the uppers and blue on the Hyperposite wing while white is applied on the swoosh. Both come with a blue translucent sole.

From this angle we don’t see any reference to the school, but usually something would be placed on the heel. You can see the Home Nike LeBron 12 Florida Gators below, and above is the away model. 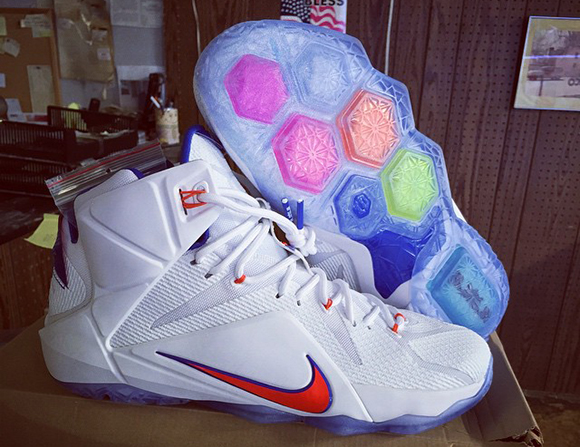