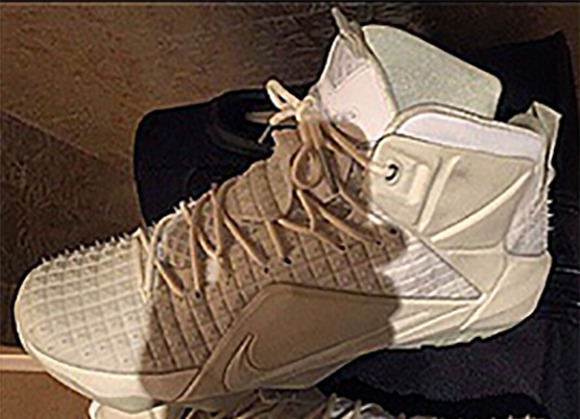 First an all red LeBron 12 EXT showed up known as Rubber City which was actually spotted on King James feet. The second is in all black and should be releasing soon. Early reports pointed to the 21st of March but was pushed back. Now James has showed off an all white pair.

The White Rubber City Nike LeBron 12 EXT he posted to his Instagram with the following caption:
“Heard #SneakerCon was in #TheLand today. Wonder if these “White on White Rubber City 12s” fit the bill. #SwooshLifer #NikeOrDie #KickGameCray #ItsGettingRidiculousNow”.

At this time a release date for the LeBron 12 EXT Rubber City in white, black or red is not available at the time, but once one does we will let you know. 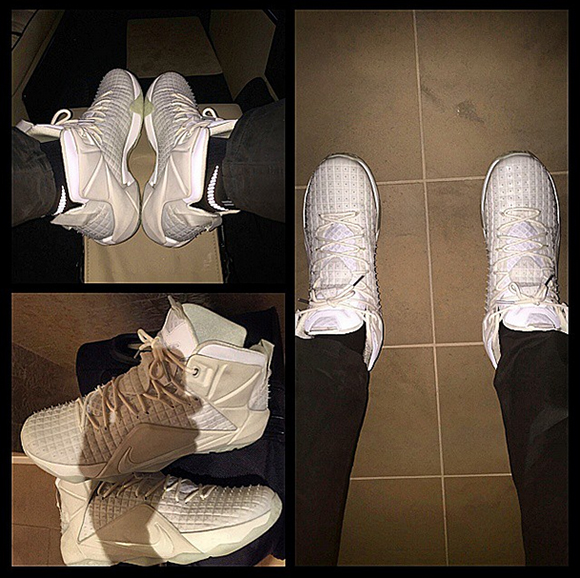