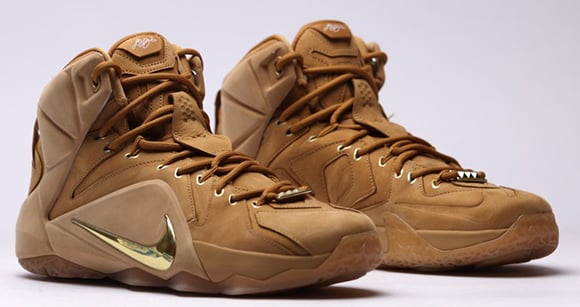 An early release some would say took place for the LeBron 12 EXT Wheat, also known as the 12th Generation. Overseas a few retailers dropped the shoes and if you had a Nike SNKRS app, some were able to grab a pair. But for everyone else we weren’t sure when they would launch, until today that is. We now have a release date as well as how much the Wheat LBJ12 will cost you.

Featuring wheat plastered all over the uppers, metallic gold is used on the swoosh and eyelets. Inspired by the Nike Zoom Generation, LeBron’s first signature model, Nike made the shoes initially for him to wear during the Dunk Contest in 2004, but as history has it, that never took place. 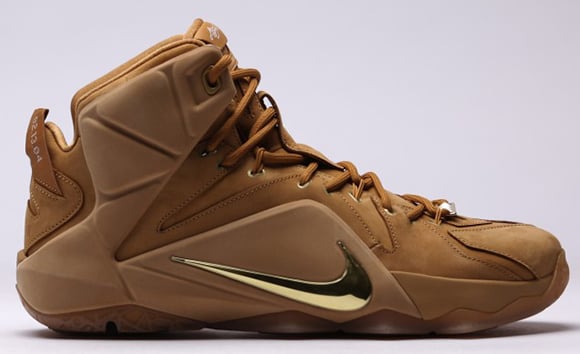 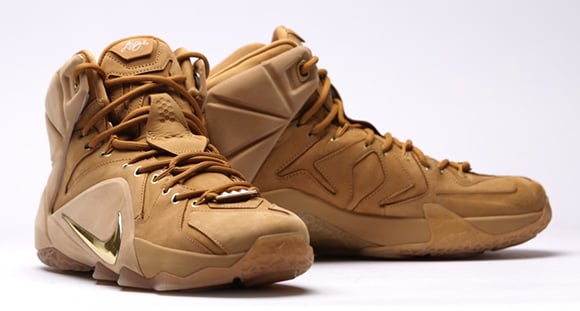 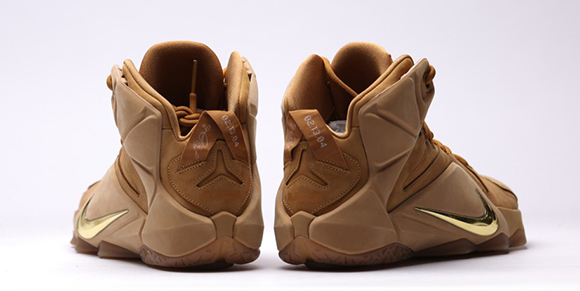