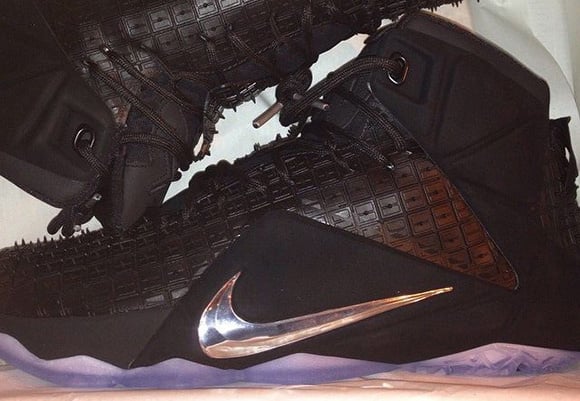 Back in February an all red pair of LeBron 12 EXT appeared on LeBron James feet and is known as rubber city. We still are not sure if that model will actually drop, but now a black and chrome pair has popped up and they are in-fact releasing later this month.

The Rubber City Nike LeBron 12 EXT is actually inspired by Akron, Ohio, indirectly. Akron is home to rubber and tire company Good Year and as you can see, instead of mesh Nike went ahead and added rubber with tread. Solid black is applied to the Hyperposite wing with a chrome swoosh and translucent sole.

We have the LeBron 12 EXT Rubber City in black and chrome release date pegged for March 21st, so we are less than a week away. Retail price is unknown and the availability, but we suspect this will be a limited release. 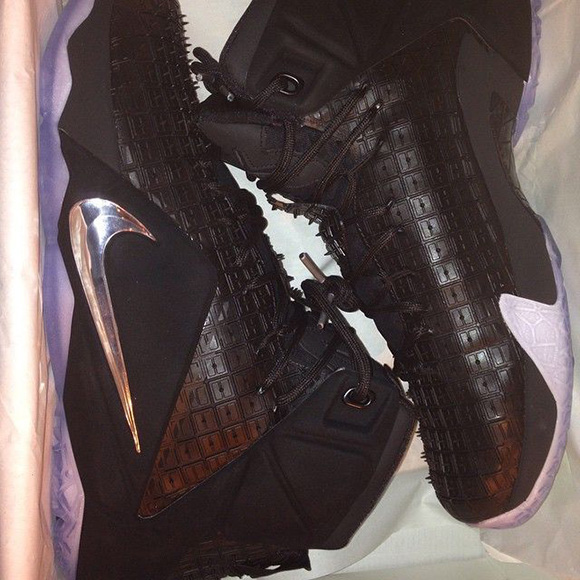