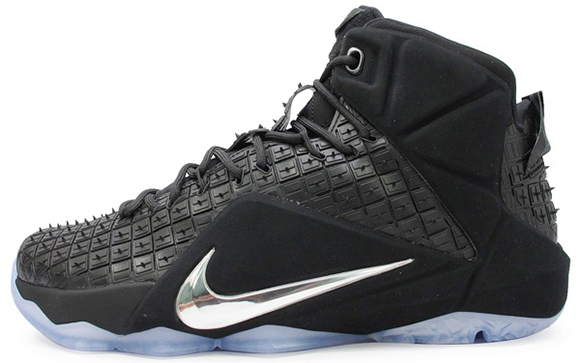 Paying tribute to his team and where LeBron James grew up, a pair of LeBron 12 EXT known as Rubber City will release. We have seen several color schemes, like all white and red, but the only pair we know so far releasing for sure is the black and chrome. Launching towards the end of this month, we now have another look for you.

The Black Chrome Nike LeBron 12 EXT Rubber City features rubber tread through the uppers and on the heel while the hyperposite wing is done in black. Chrome hits the swoosh and finished off with a translucent sole.

Releasing to most retailers on April 25th 2015, the LeBron 12 EXT Rubber City in black and chrome will retail for $250. 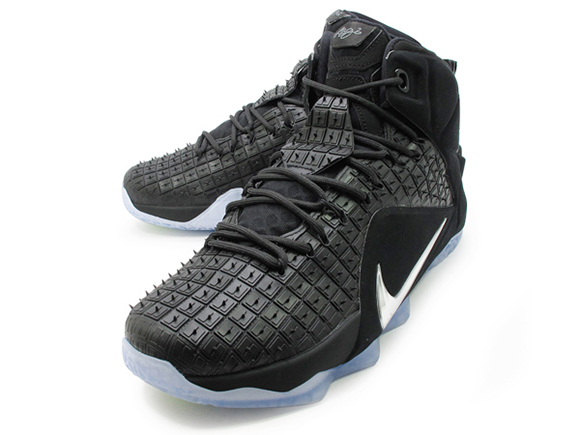 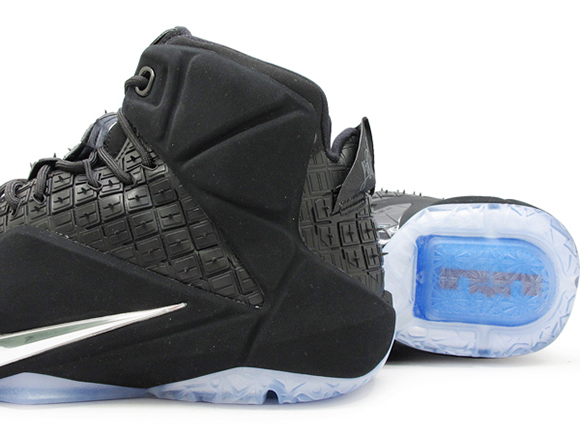