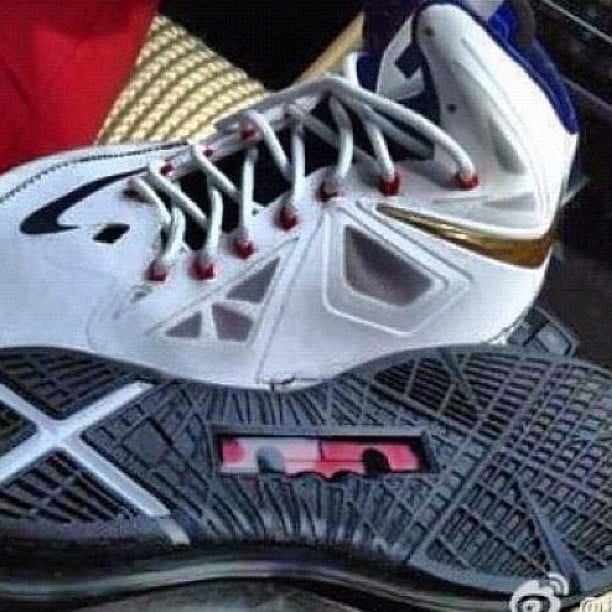 Following yesterday’s first look at the upcoming Nike LeBron 10 and its accompanying line of apparel and accessories is this first teaser image of an apparent “USA” version of LeBron’s tenth Nike Basketball signature.

Decked out in white Hyperfuse with blue and red accents throughout, we get our first look at the outsole of the shoe while it also appears that the silhouette will sport rear-facing Swooshes on the medial side of the kicks, wrapping around toward the heel.

While it has previously been stated that LeBron will don the Lunar Hyperdunk at the 2012 Summer Olympic Games in London, maybe we’ll see King James debut his latest signature as well. Enjoy this first look and stay tuned for more info. 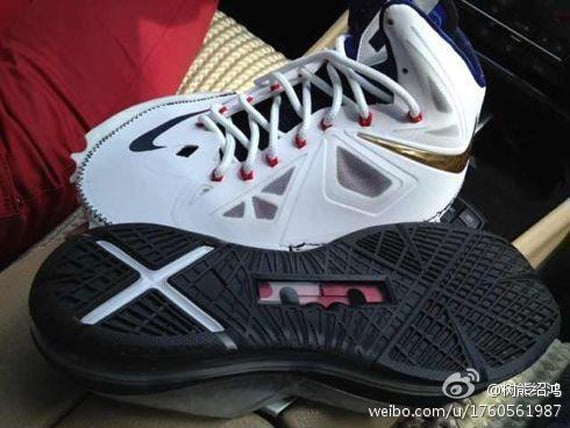