By Brian Betschart
May 28, 2019
In
NikeNike Basketball 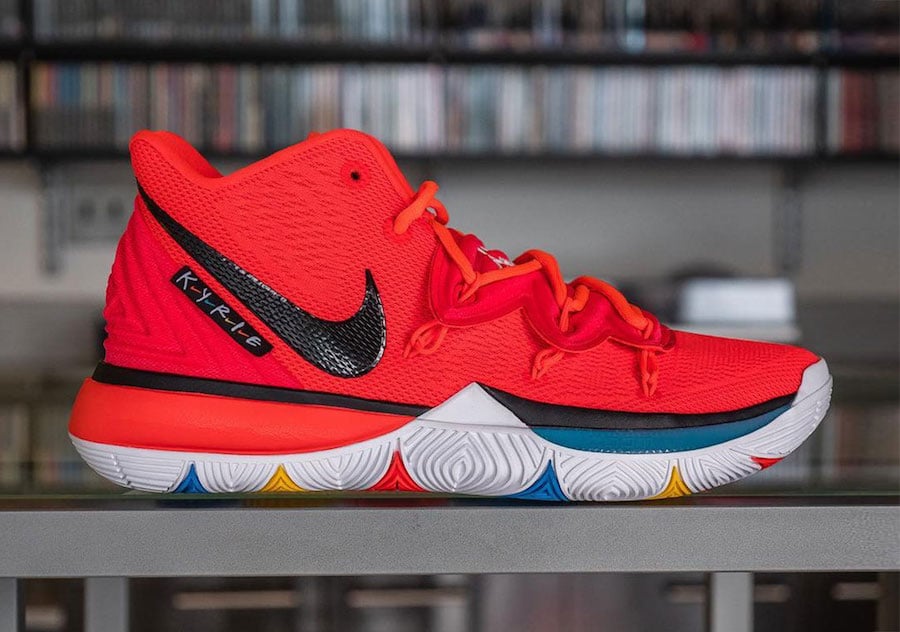 Not long ago Nike Basketball released the Kyrie 5 ‘Friends’ which is inspired by Kyrie Irving’s favorite TV show, ‘Friends’. He also shows tribute to the sitcom by featuring a tattoo on his arm. It appears we have a new version which is the ‘Red Alternate’ of the ‘Friends’ Nike Kyrie 5.

Looking closer this Nike Kyrie 5 features Red across the entire upper while the same shade covers the Flywire cables and laces. Following we have Black on the Swoosh and the ‘Friends’ logo which reads ‘Kyrie’. Following we have White on the rubber outsole with hits of Multicolor.

At the time of writing it isn’t known if this version of the ‘Friends’ Kyrie 5 will release or stay a sample. However once there is more information we will make sure to update. Below you can check out more images for a closer look. 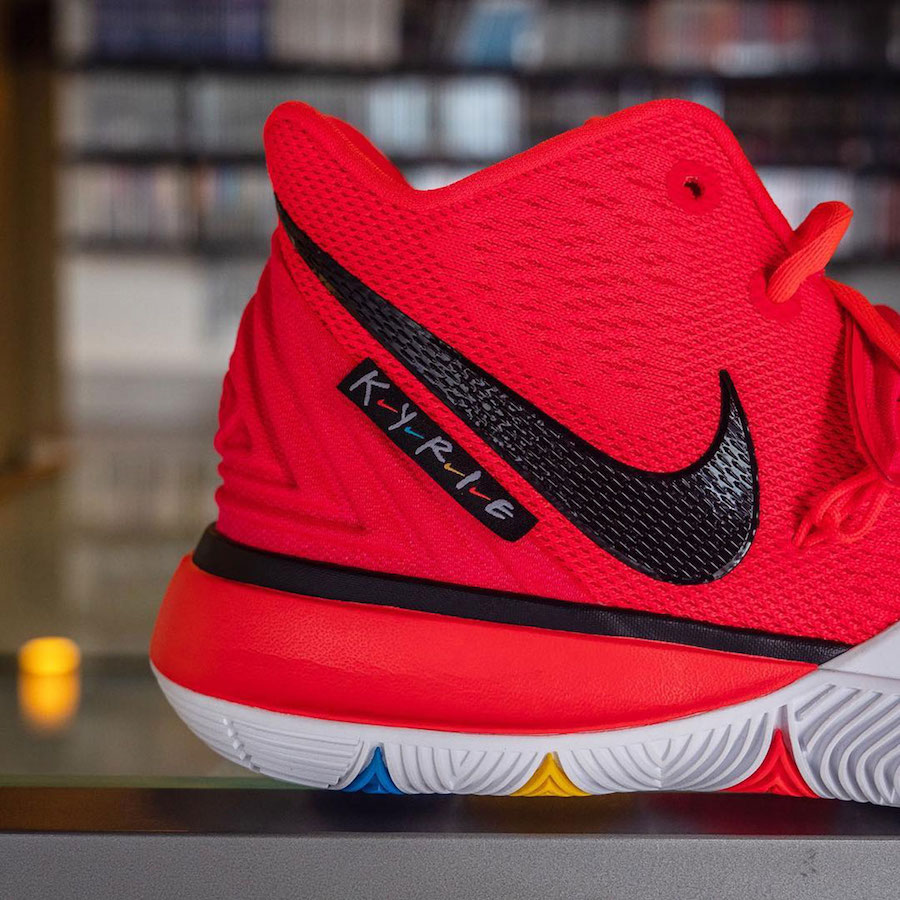