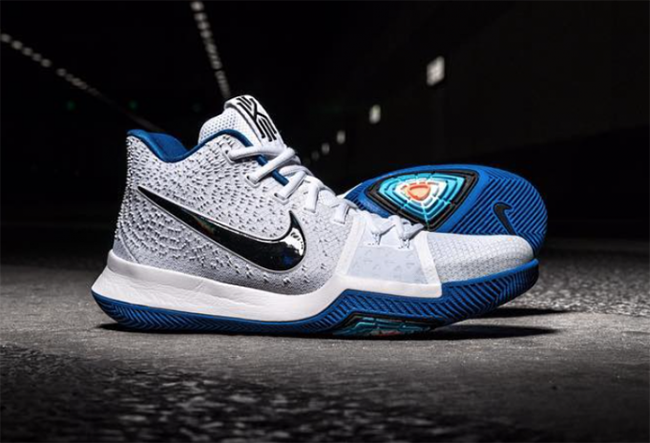 While we are probably a month away from Nike Basketball officially showcasing Kyrie Irving’s third signature shoe with the brand, we have already spotted two color schemes.

Using a clean theme, this Nike Kyrie 3 is dressed in White, Black and Black. Using White fused mesh through the uppers, the most noticeable change is the lack of a mid-foot strap. Black is placed on the Nike Swoosh and Kyrie branding which is then followed up with Blue on the liner and outsole.

At the time of writing, a release date for the Nike Kyrie 3 in White, Black and Black has yet to be announced. However, the first Kyrie 3 is scheduled to release on January 21st, 2016. See a few a more images below and make sure to check back with us for updates. 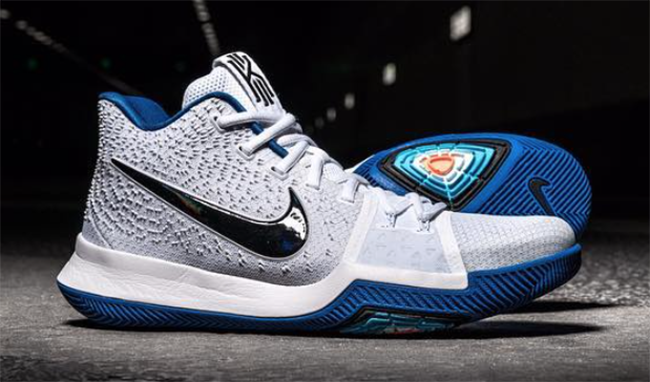 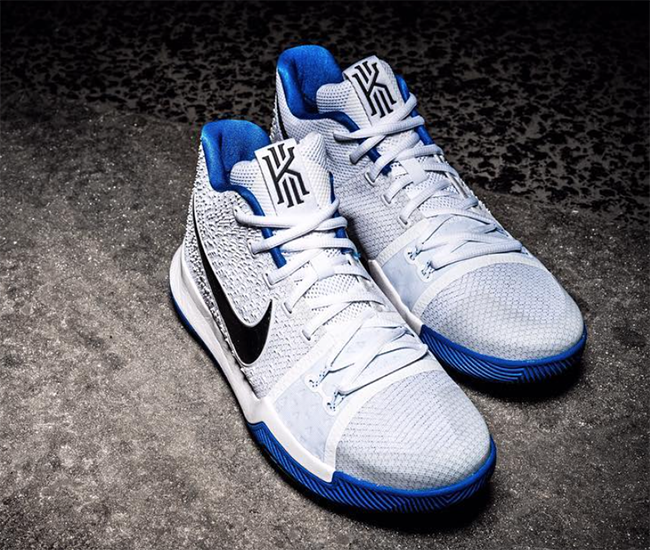 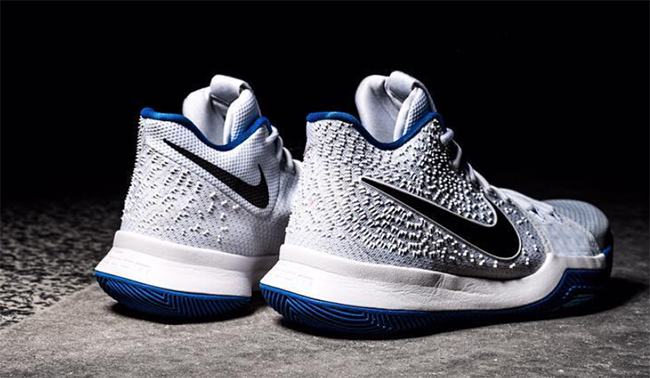