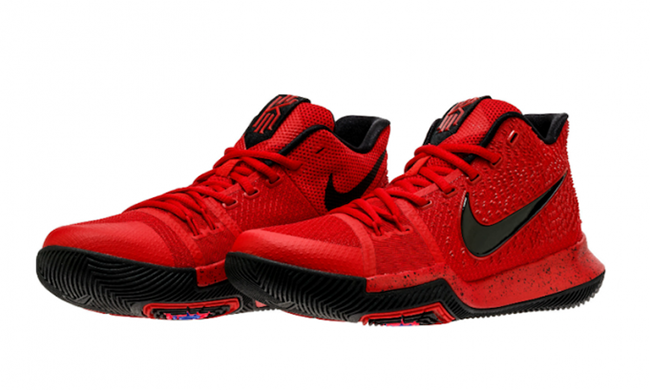 The Nike Kyrie 3 ‘University Red’ was first seen on the feet of Kyrie Irving during the 2017 NBA Three-Point contest. For those that wanted to grab a pair, they will be releasing later on in the month.

Looking closer at this Nike Kyrie 3, they feature a University Red, Black and Team Red color combination. As you can see, Red covers the entire uppers which also lands on the tongue and Flywire cables. Following is Black which hits the Nike Swoosh, liner, outsole and other small accents. Completing the look is a speckled midsole.

The Nike Kyrie 3 University Red is scheduled to release at select Nike Basketball retailers on April 15th, 2017. Retail price will be $120. Below you can check out more images which will give you a better look. Make sure to visit the comments section with your thoughts on this Kyrie 3.

Update: We now have a detailed look at the ‘University Red’ Nike Kyrie 3 via Shoe Palace. 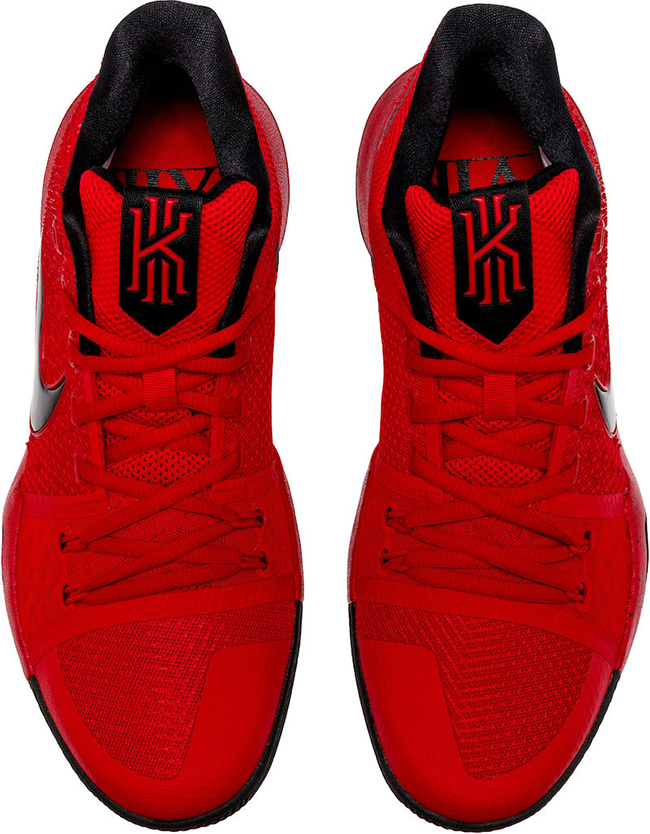 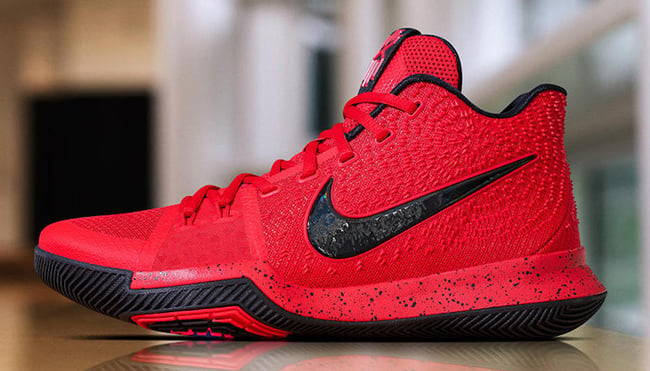 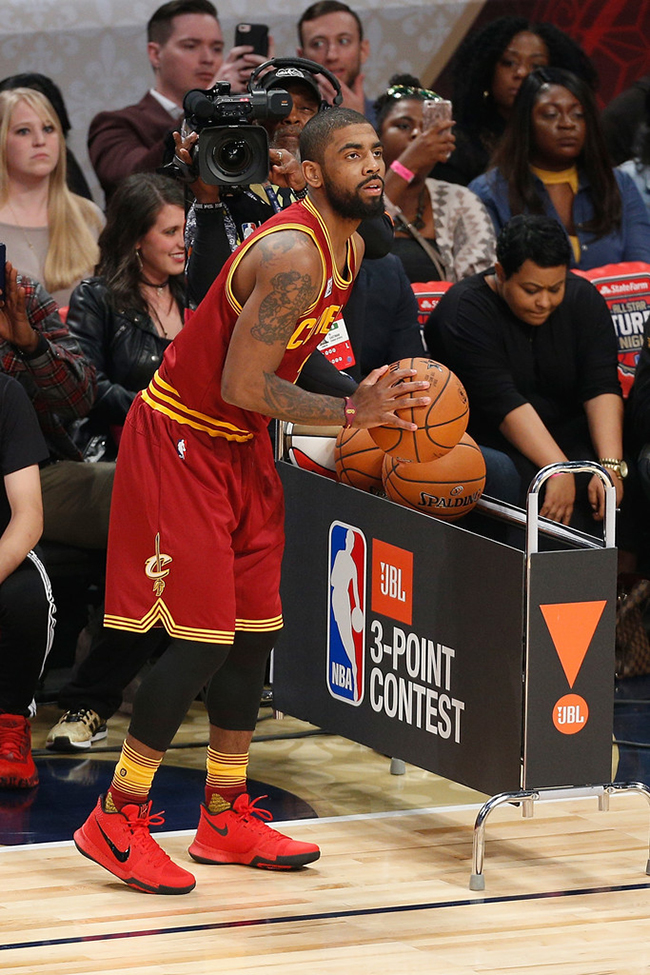 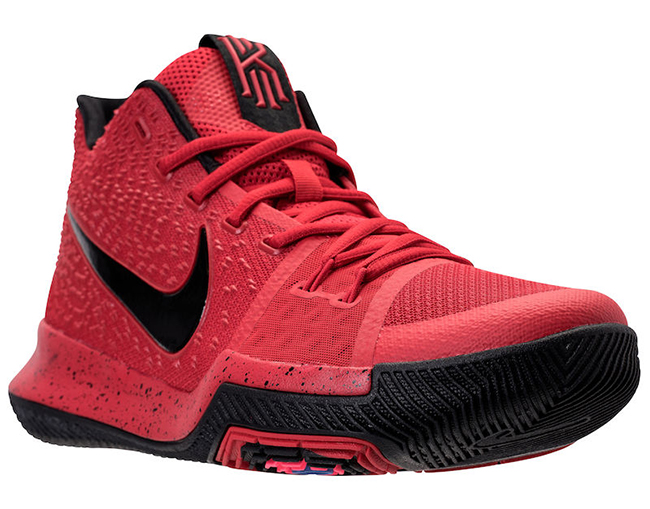 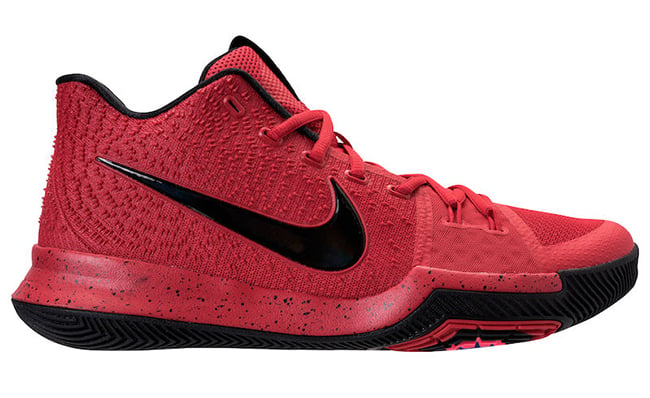 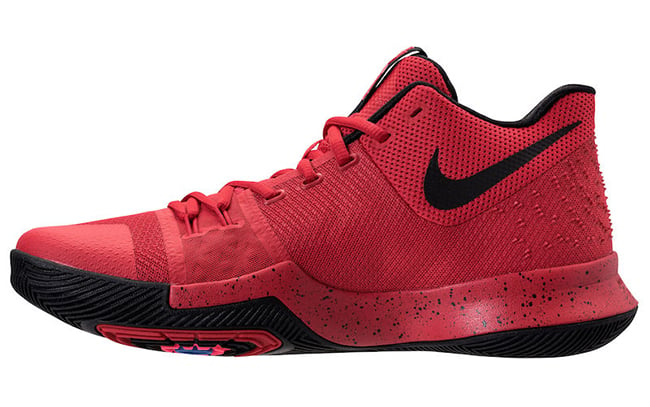 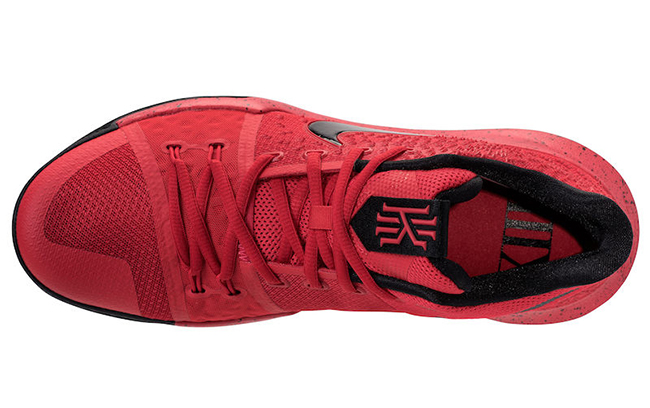 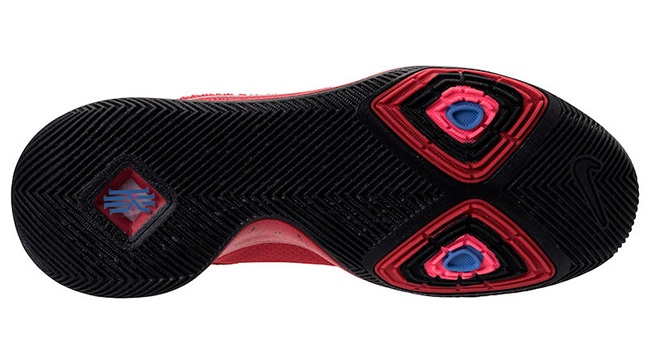