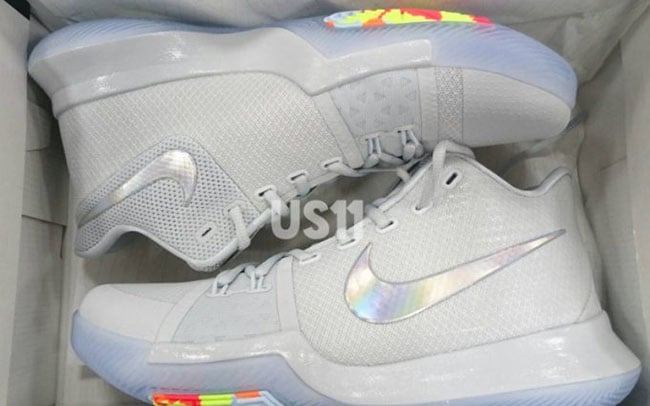 As you can see, this Nike Kyrie 3 features a clean White upper which extends around the heel and toe. In addition we have Pure Platinum accents while an iridescent Nike Swoosh is used. Other highlights include a translucent icy outsole while Multicolor is used.

At the time of writing, the Nike Kyrie 3 TS White Multicolor is scheduled to release at select Nike Basketball retailers in Europe on March 16th. While it’s possible a stateside launch happens on the same day, it isn’t confirmed at the time of writing. Make sure to check back with us for updates which should be coming soon. 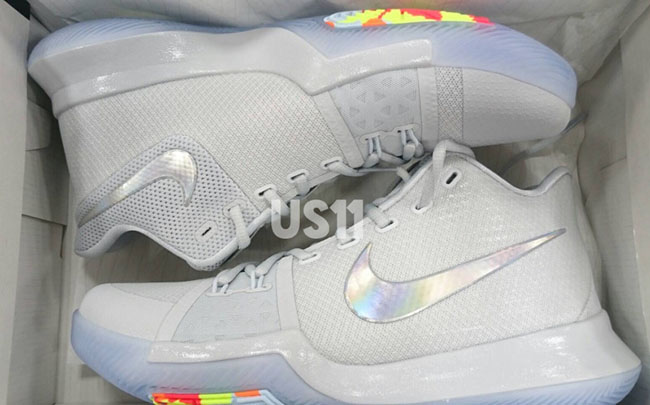