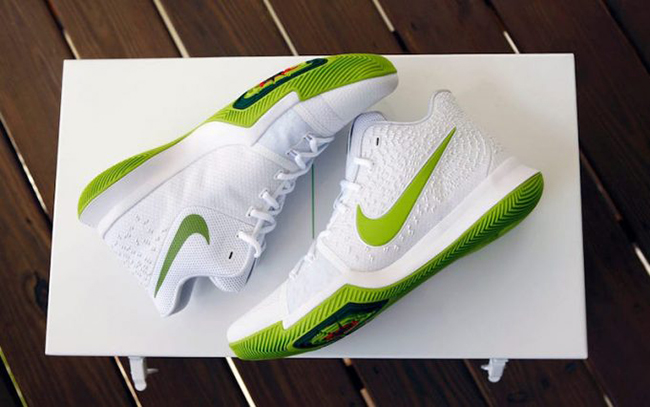 The Nike Kyrie 3 ‘Mountain Dew’ pays homage to Irving pursuing back to back NBA Championships. Known as the K.A.R.E. Kit which stands for ‘Kyrie’s Ankle Recovery Equipment’. Kyrie also worked with Pepsi to release a special Uncle Drew Kyrie 1 kit.

The pack which is highlighted with the Nike Kyrie 3 pays tribute to Irving breaking his opponents ankles. Known as the K.A.R.E. Kit, it also comes with an iPad with Kyrie’s highlight reel, autographed X-Ray of a broken ankle, first aid kit, emergency phone and five limited edition Mountain Dew cans.

For the Nike Kyrie 3, they come in a Mountain Dew theme which is done in White and Green. White covers the uppers while shades of Dark and Light Green are seen on the Nike Swoosh, branding and outsole. Other details include Red accents with Mountain Dew and NBA logos on the insoles.

The Nike Kyrie 3 Mountain Dew is limited to 32 kits and will not be sold at stores. However it appears that you will have a chance to win a kit which will be unveiled soon. Below you can check out more images which will give you a better look and make sure to visit us for updates. 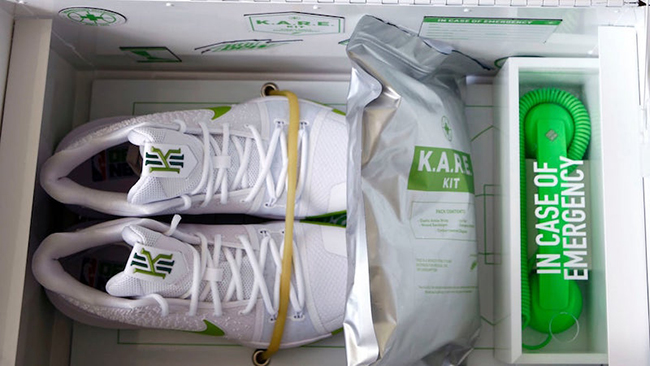 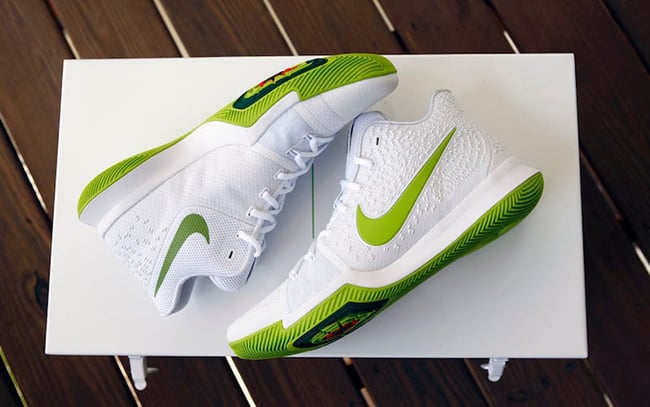 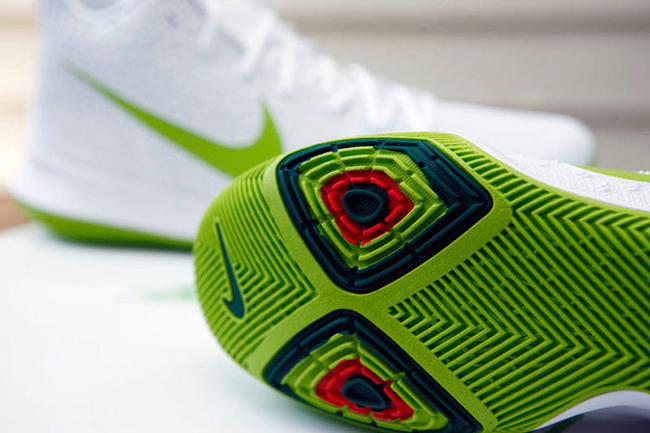 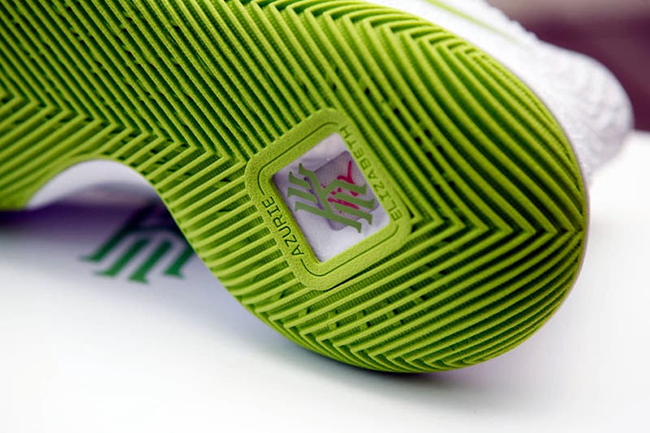 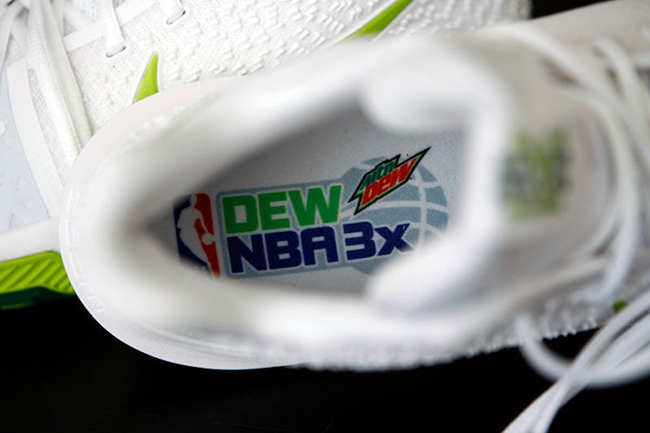 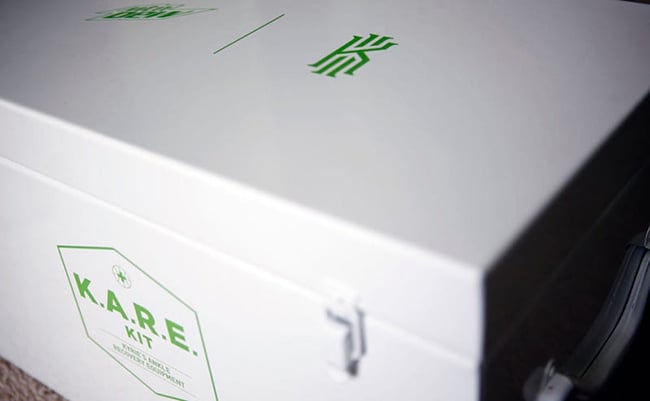 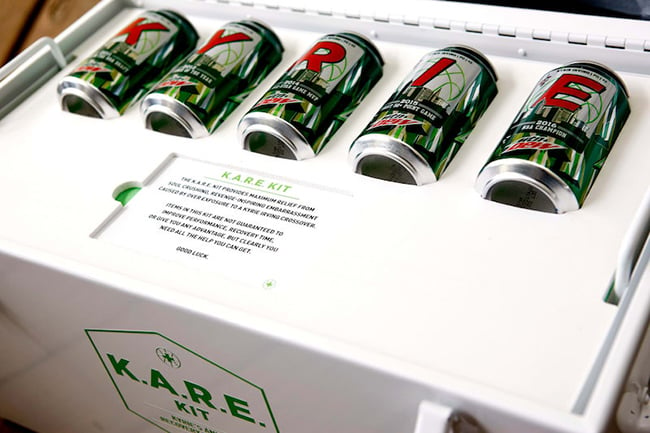 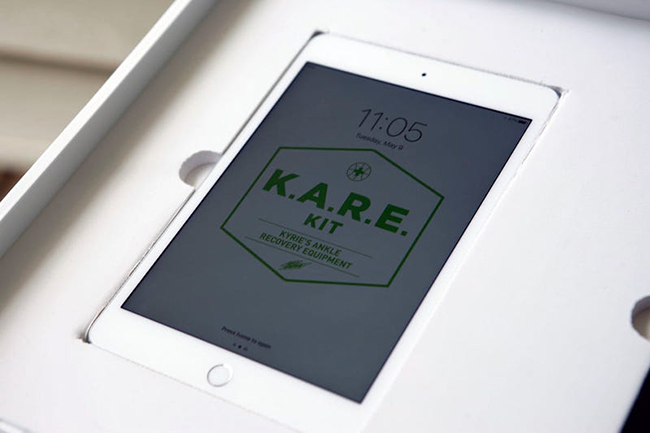 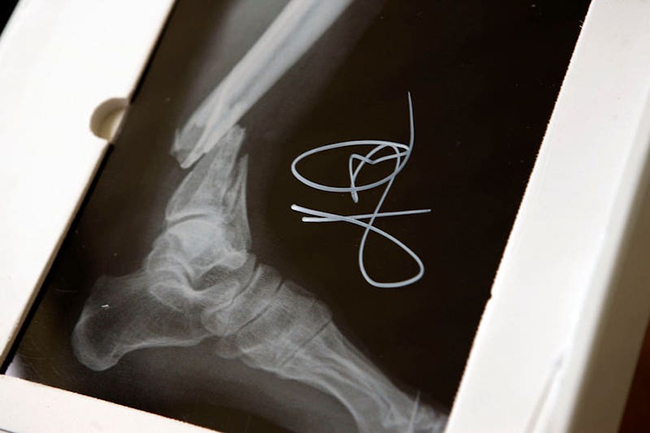 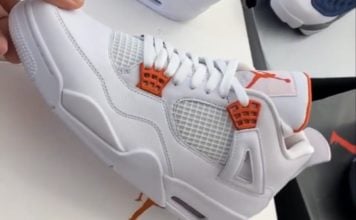