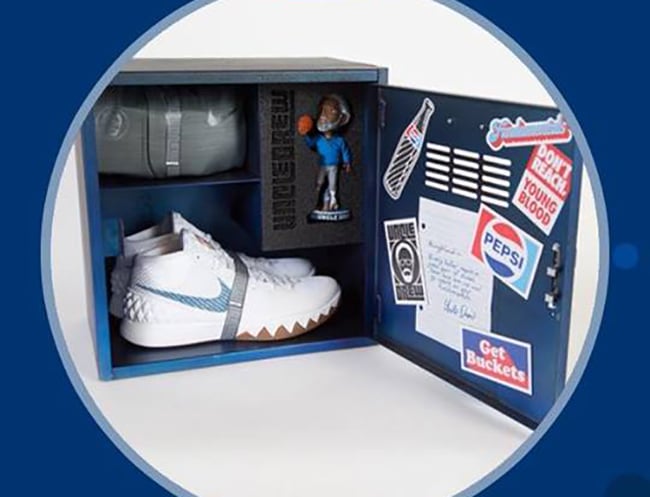 You may remember this pair which we shared in September. Slated to be a 2-of-2, Kyrie Irving and collector tmarkgotkickss were the only two with this Kyrie 1. Now it turns out that Nike and Pepsi has produced more.

Using a cream white base, partial gum outsole, silver on the swoosh and red hitting the Kyrie logo. What’s cool about the Pepsi edition is the packaging. Each pair comes with a special locker, Uncle Drew bobblehead and what looks to be a bag.

We all know fans of Kyrie Irving and his first signature shoe would love to get their hands on the Pepsi edition of the Uncle Drew Nike Kyrie 1, but we have some unfortunate news. A limited run of 150 pairs were made, which is showed by a special emblem on the locker. Select media and friends of Irving will only receive this pair. There is a small chance that the brand will decide to drop them, but don’t hold your breath. Another possibility is someone could list the shoes on eBay, only time will tell. Stay tuned for additional information.

Update: Pepsi is giving away five pairs a week through December 2nd, 2015 of the ‘Uncle Drew’ Nike Kyrie 1. To enter, you will have to download and sign up for Pepsi Pass. You can enter the contest up to 63 times but each entry will cost 1,000 Pepsi Points. There are a few ways you can earn points, one being to buy Pepsi products or tagging yourself with friends. Below you can watch the Chapter 4 featuring Uncle Drew playing a game of H-O-R-S-E against Ray Allen. 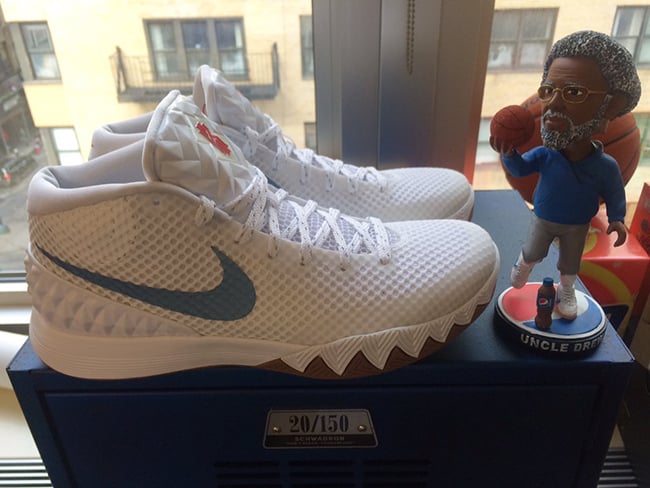 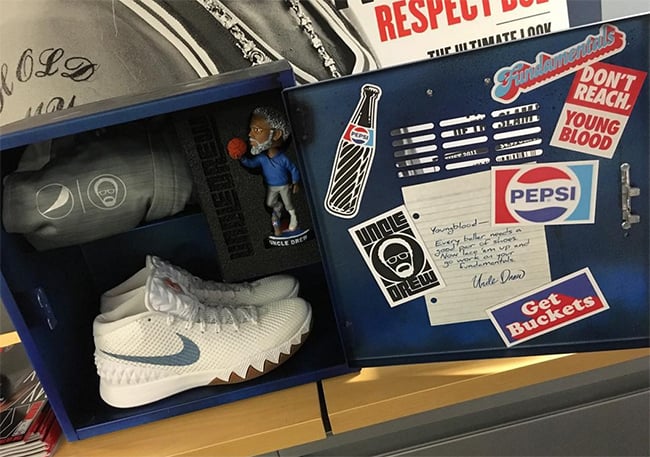