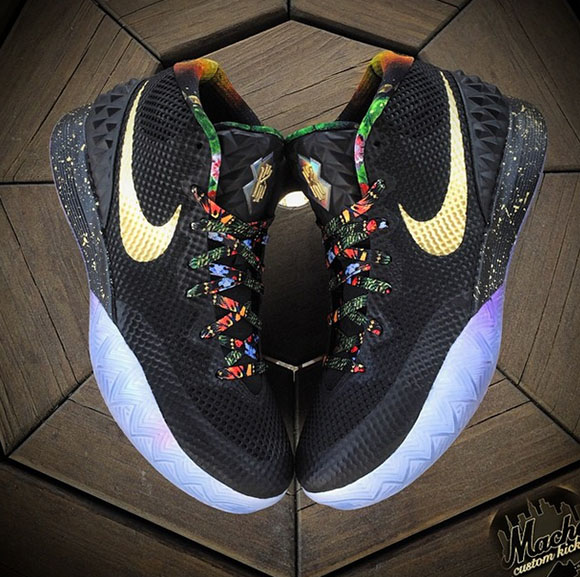 The Kyrie 1 will take on the ‘Watch the Throne’ theme takes to customizer Mache. Originally seen on the LeBron 9, which was given to friends and family, since then the closest general release that resembled the WTT landed on the Zoom Soldier 8.

Thanks to Mache, we can see how awesome a Watch the Throne Nike Kyrie 1 would be. Using the All Star for the base, Mache adds black through the uppers with floral print on the laces and liner. Metallic gold is placed on the tongue, swoosh and speckled through the midsole.

It would be nice if Nike actually released either the LeBron 12 or even the Kyrie 1 ‘Watch the Throne’, we won’t hold our breath but you never know.