By Brian Betschart
May 5, 2015
In
NikeNike Basketball 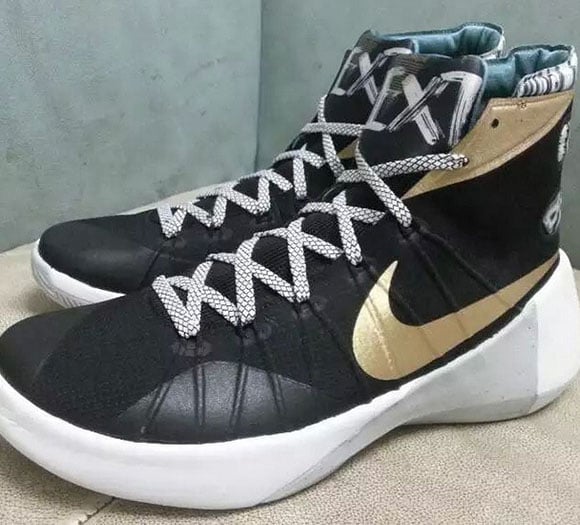 The small amount of Nike Hyperdunk 2015 we have seen are actually apart of a City Pack from the brand. As you may already know, none of the shoes have released, but we get a few additional angles of one pair from the pack which represents LA.

The LA Nike Hyperdunk 2015 comes with a black upper, white and grey through the midsole, metallic gold landing on the swoosh and by the collar. On the heel is ‘LA’ in a cursive font that overlays a white and black unique print. We are sure once a release nears, Nike will come with more information.

At the time of writing there isn’t a release date scheduled for the LA Nike Hyperdunk 2015 but stay tuned as we continue to keep you in the loop. 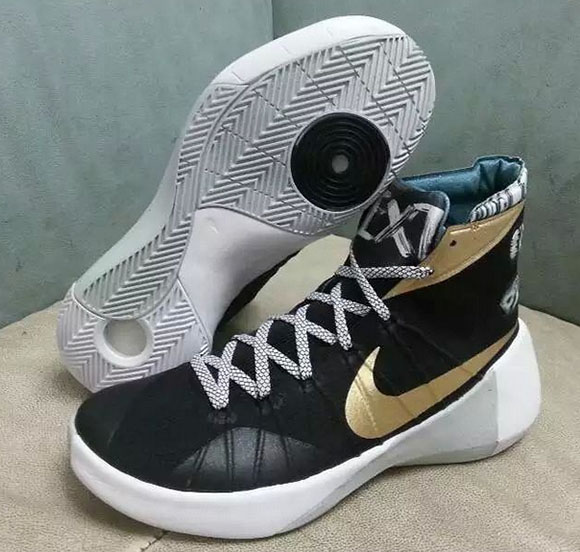 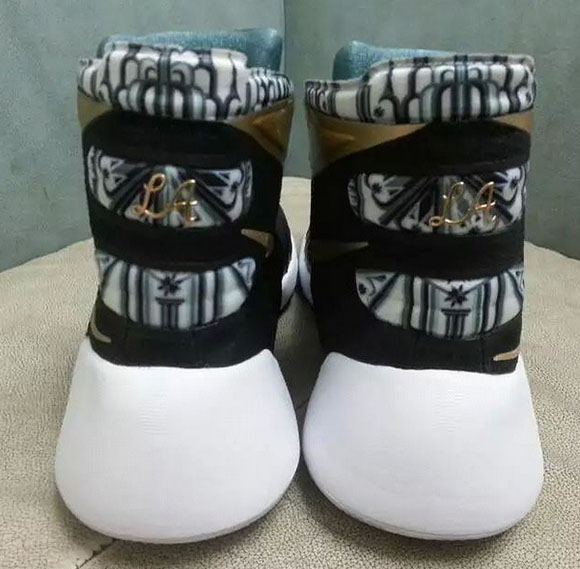