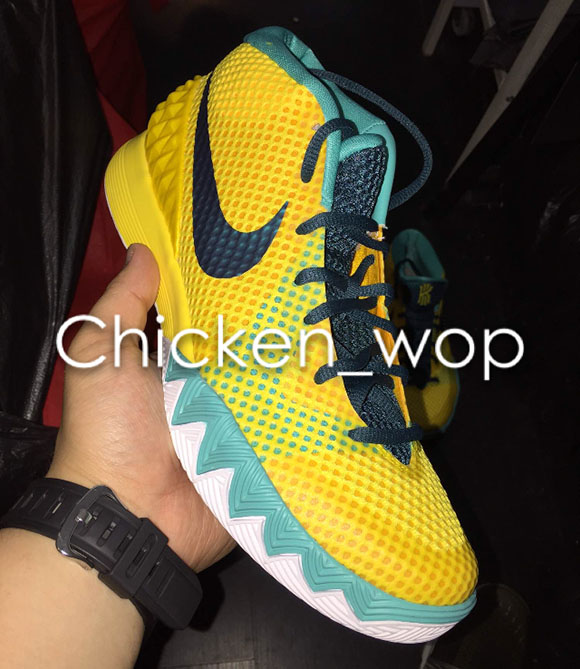 In June, a new Kyrie 1 will launch. Since they feature predominate tour yellow throughout, they are nicknamed the shade used.

The Tour Yellow Nike Kyrie 1 feature light retro which is also known as teal on the liner, underlays that bleed through the mesh, on the heel and around the toe box. University gold is used on the heel counter which could easily be mistaken for yellow. The outsole is dipped in white that bleeds onto the sole. 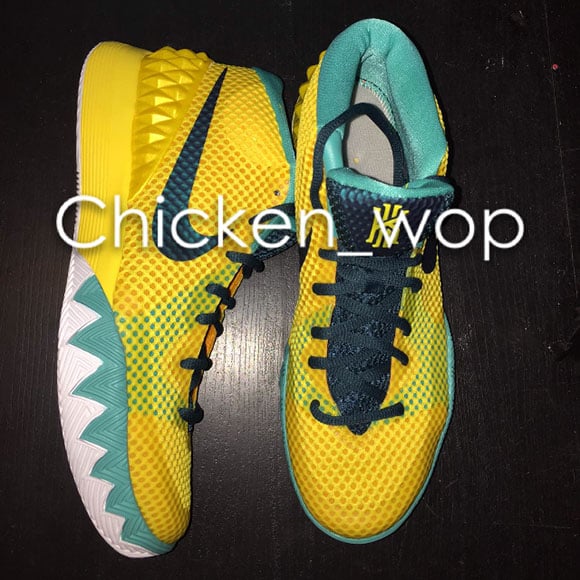 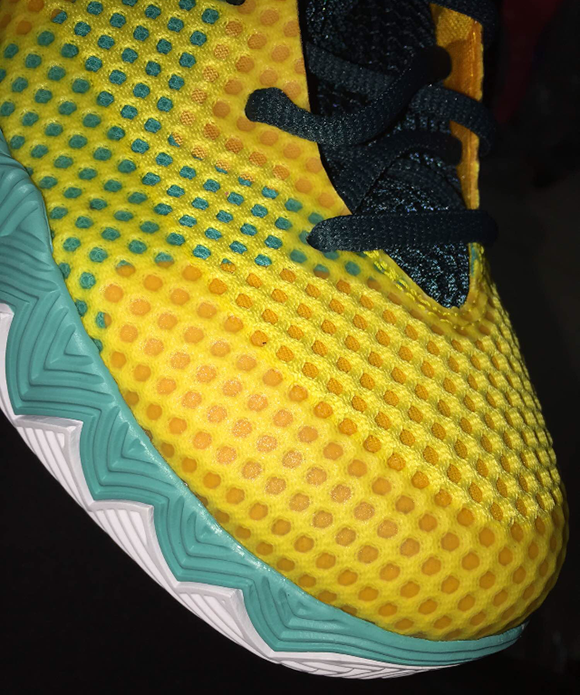 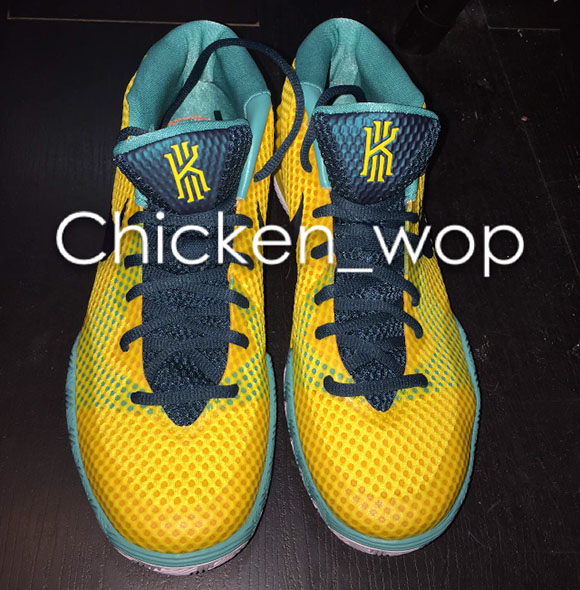 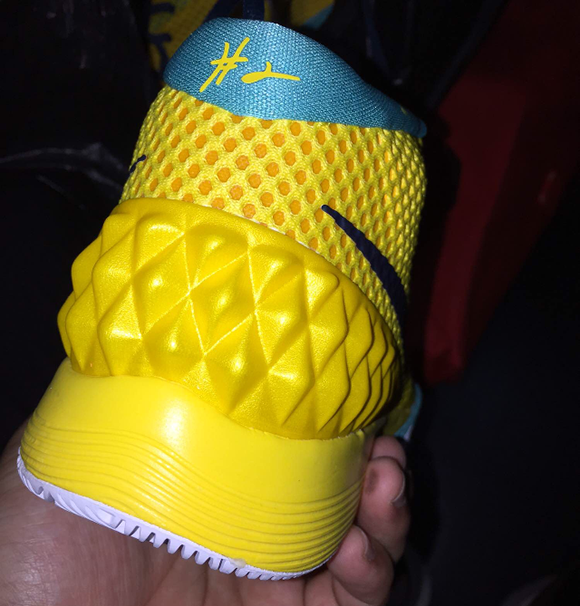 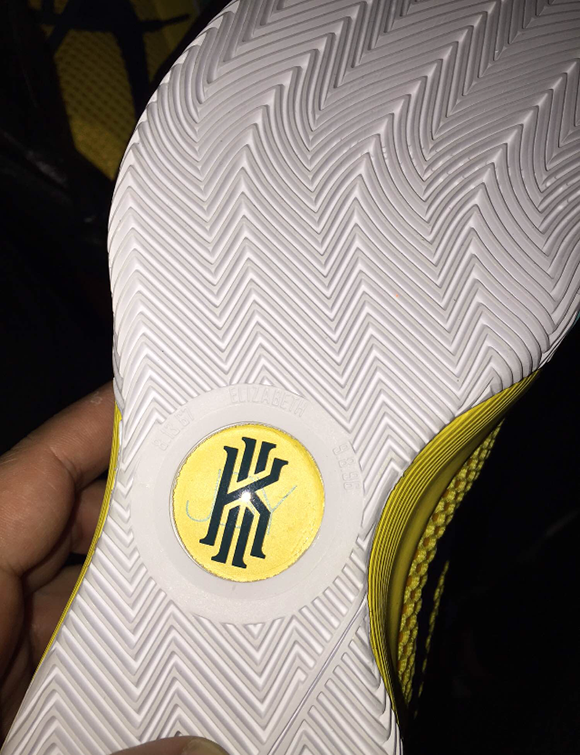