LeBron James wasn’t the only Nike athlete to receive a special Grammy Night inspired sneaker. His teammate Kyrie Irving also wore a pair of his signature sneaker, the Nike Kyrie 1 as their team annihilated the Lakers.

The Grammy Night Nike Kyrie 1 also is dressed in black and metallic gold. Predominate black is used and placed on the uppers while gold lands on the pyramids, branding on the tongue and hinted through the laces. Lastly white is placed on the swoosh and outsole.

It would be awesome if Nike decided to drop the Kyrie 1 Grammy Night, but they are a PE made just for Irving. 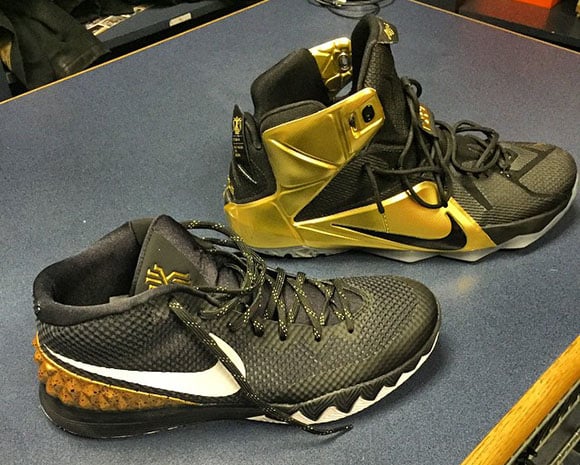