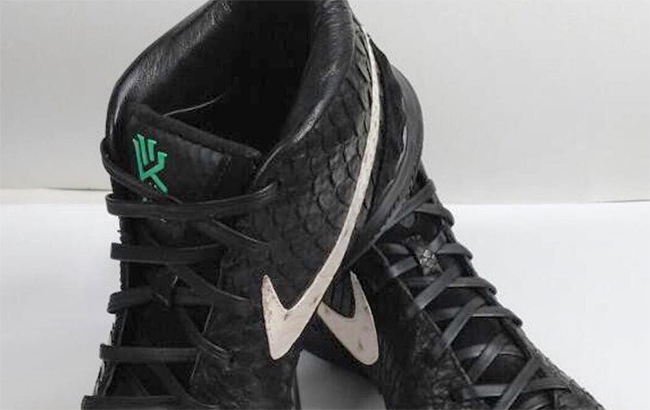 It looks like the Kyrie 1 with take on the off-court look with the EXT. We now have a look at the Nike Kyrie 1 EXT ‘Raising The Bar’.

At a first look, it would appear that this Kyrie 1 EXT is a custom, however they came from known collector tmarkgotkickss who has confirmed this pair is an EXT.

The ‘Raising The Bar’ edition of the Kyrie 1 EXT features a mixture of Python snake skin, leather and premium suede. On the base is the use of snake skin while leather lands on the liner. One of the biggest changes is Nike took away the strap, a different look but minimal comparing to other EXT models. Other details include a white swoosh and green landing on the Kyrie branding.

At the moment, there isn’t any additional information on the ‘Raising the Bar’ Nike Kyrie 1 EXT like a release date or retail price, however once that becomes available we will let you know.

Note: Unfortunately this was a custom and there are no plans as of yet for an EXT Nike Kyrie 1 to release. 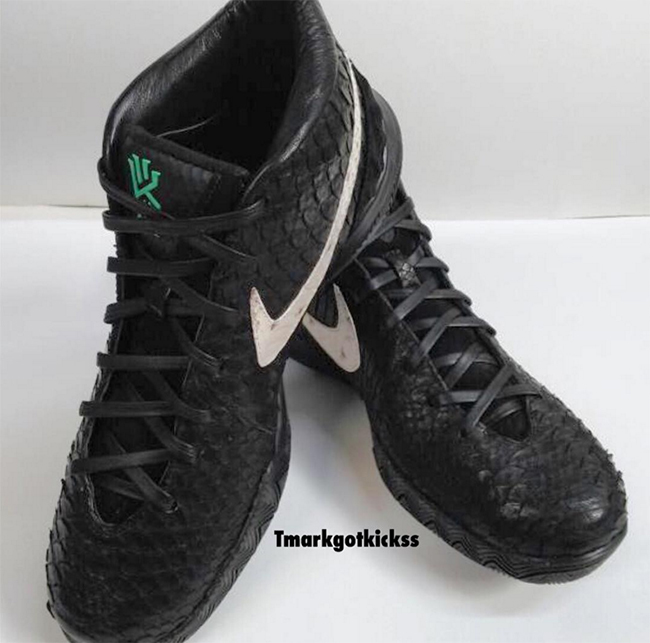 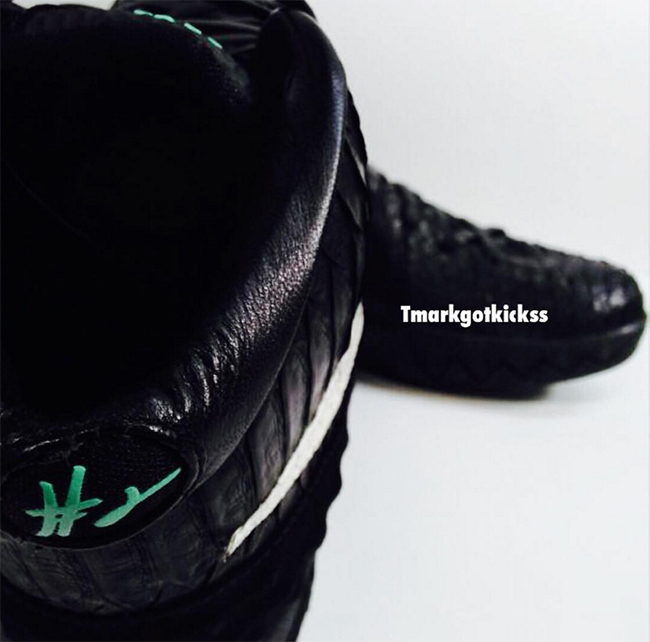