By Brian Betschart
May 15, 2015
In
NikeNike Basketball 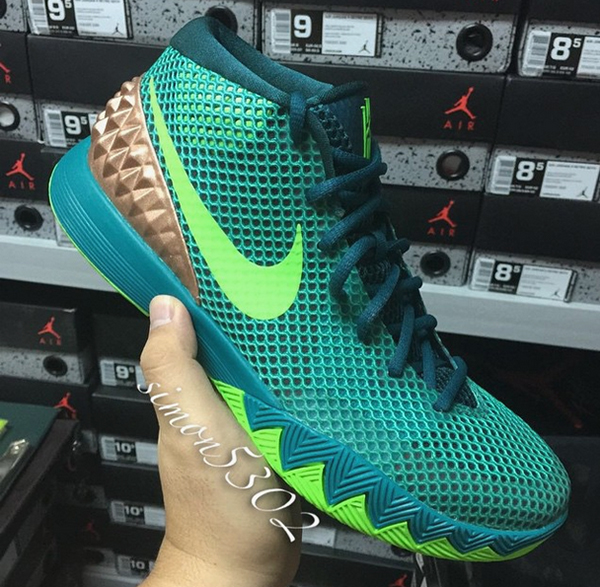 Earlier in the year a pair of the Nike Kyrie 1 was exposed that many thought was being called Australia. It turns out the nickname was ‘Flytrap’ which derived from his attack on the court. Nike is still planning on dropping a pair represented by his birthplace of Melbourne, Australia and here we have our first look.

The Australia Nike Kyrie 1 features a similar green through the uppers like the Flytrap. On the outsole, # 2 at the heel, swoosh and tongue branding is the use of volt. Wrapping the heel counter is a bronze like shade which stands out from the uppers.

A specific release date for the Nike Kyrie 1 ‘Australia’ isn’t known just yet but should be releasing to retailers soon. 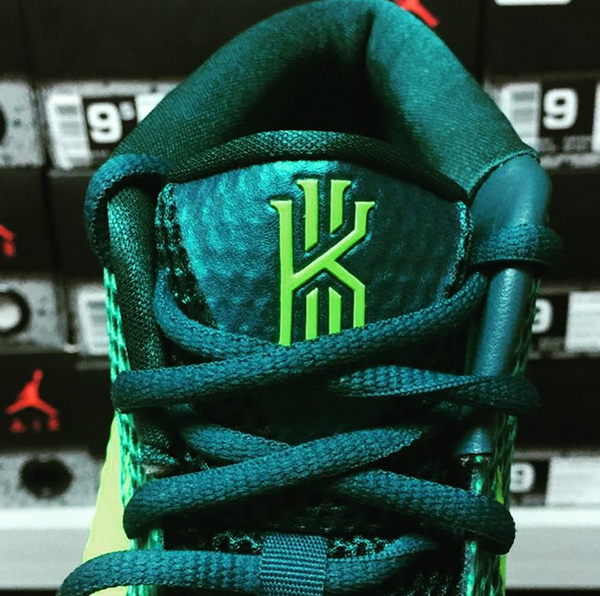 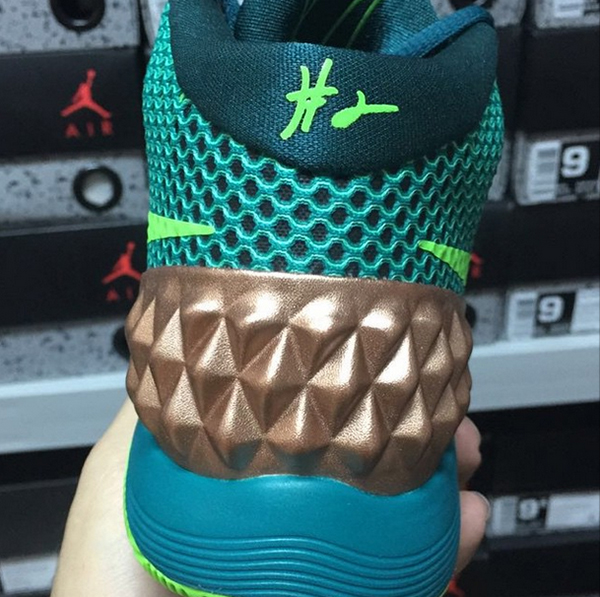 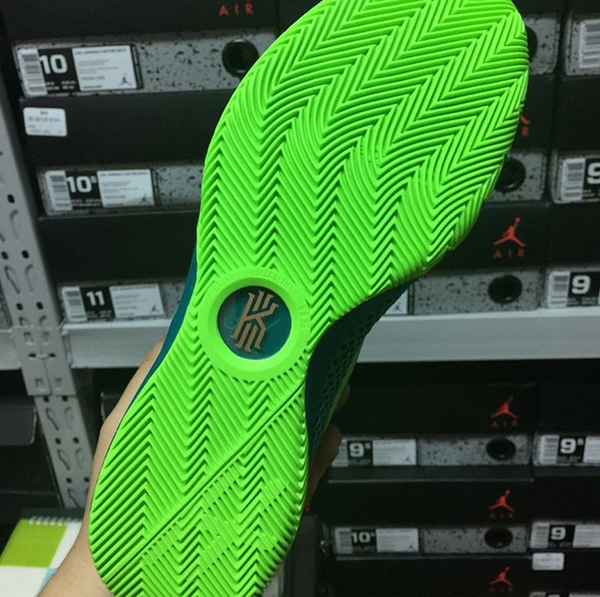