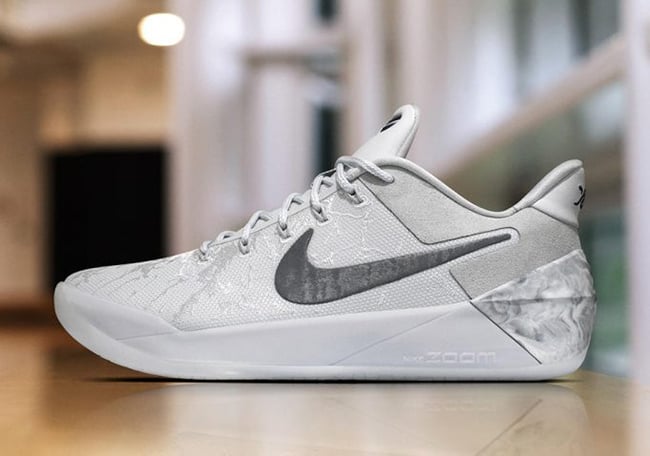 The Nike Kobe AD ‘Compton’ is a PE that is scheduled to release in early April. In addition, this Nike Kobe AD connects two NBA players.

Kobe Bryant started and finished his career as a Los Angeles Laker and the Nike Kobe AD is his latest signature shoe. NBA superstar DeMar DeRozan has been wearing the Kobe AD throughout the season and was born and raised in Compton.

Looking closer they feature a Light Bone, White, Pale Grey and Vivid Sky color combination. Across the base is a textured pattern used while the heel has a marble finish. In addition, the insoles have a ‘City of Compton’ graphic. Other details include Purple and Gold on the Kobe logo which pays respect to his time with the Lakers.

The Nike Kobe AD City of Compton will release at select Nike Basketball retailers like Foot Locker on April 12th, 2017. Retail price will be $160. Below you can check out more images which will give you a better look.

Update: The Nike Kobe AD City of Compton also known as DeMar DeRozan PE is inspired by his memory of watching Kobe Bryant play against the Utah Jazz in the 1997 playoffs. Bryant’s “airball game” taught the legend how to deal with adversity and showed DeRozan that resilience was key to success on court.

May 12, 1997 is featured on the lace tips which is when the game took place. A picture of the street that DeRozan grew up in Compton is featured on the sockliner. Finally, the Kobe logo, DNA symbol and signature on the heel tabs follow the color scheme of Bryant’s “airball game” opponent. 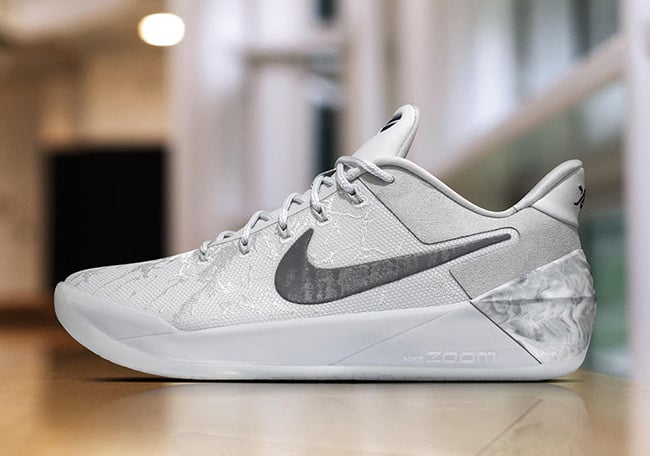 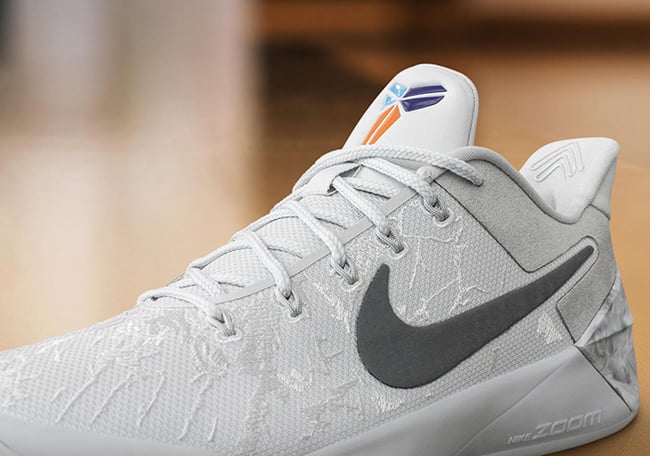 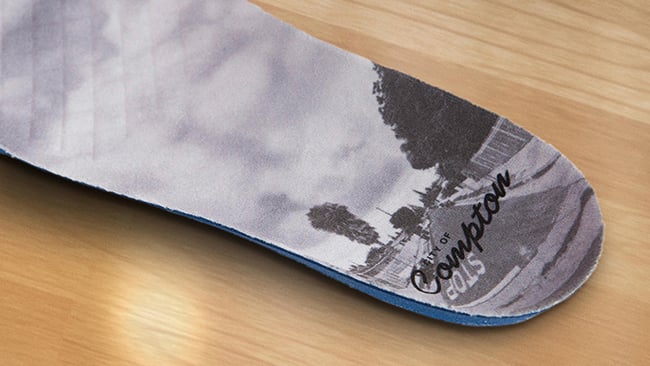 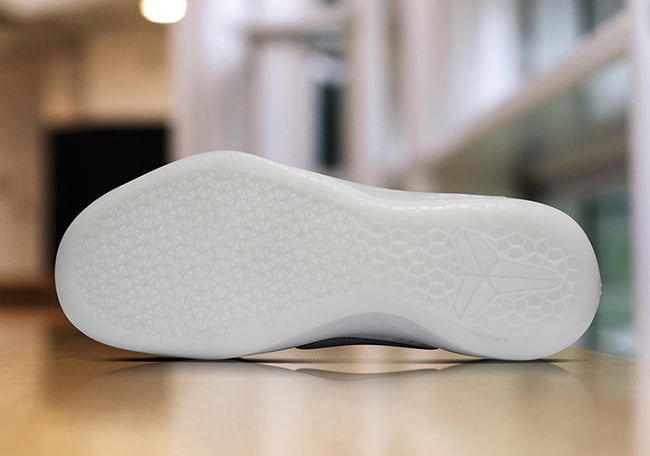 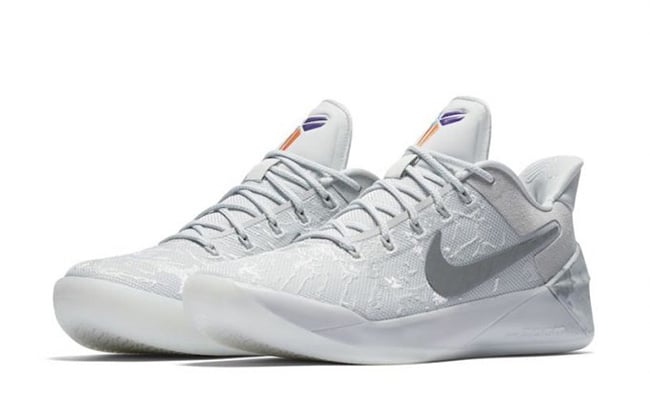 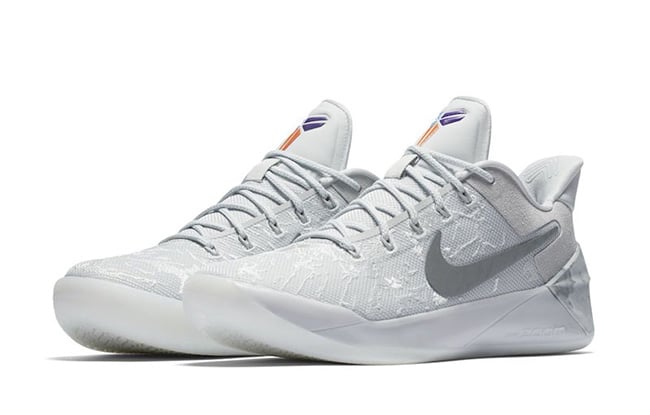 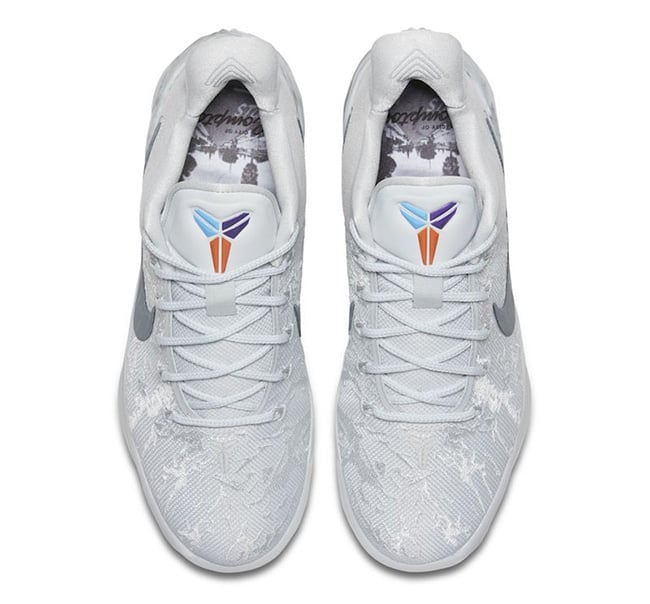 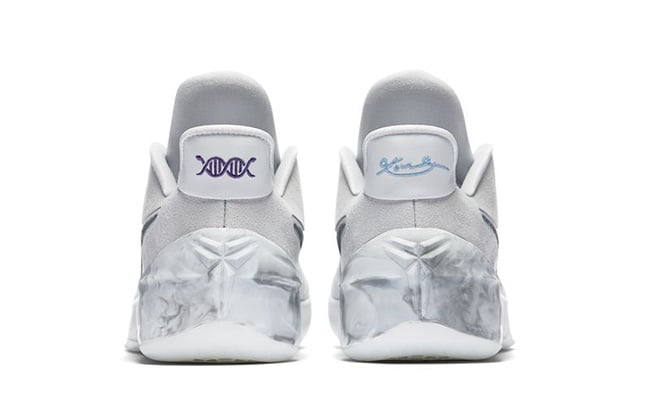 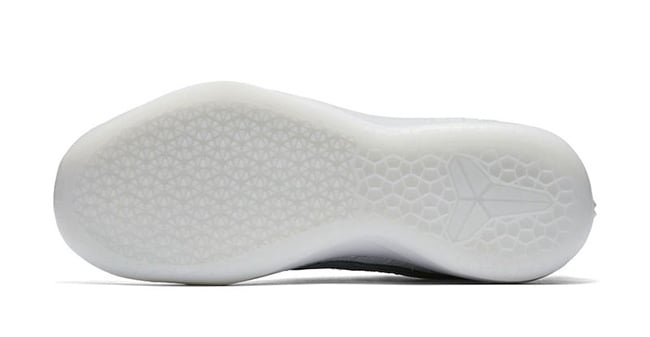