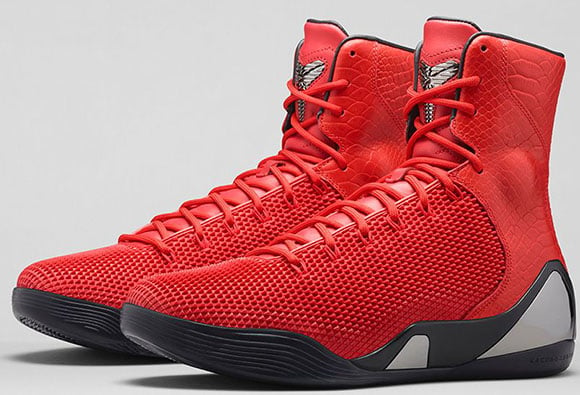 This is our best look yet and probably won’t get any better for the Red October aka Challenge Red Nike Kobe 9 KRM EXT that is coming this week due to the official images from Nike.

One of the more unique pairs of Kobe 9 while using only a few colors, the KRM EXT Red October is dressed with a reptilian and compression molded TPU triangle (representing a Vipers scales) patterns while all in challenge red. Black lands on the midsole and liner. Chrome windows are also placed on the midsole and a chrome Kobe logo on the tongue. 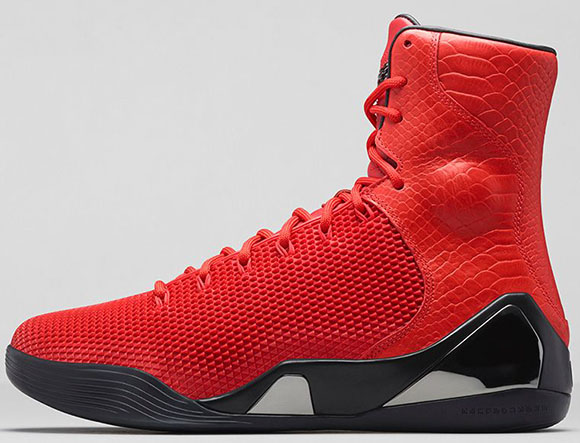 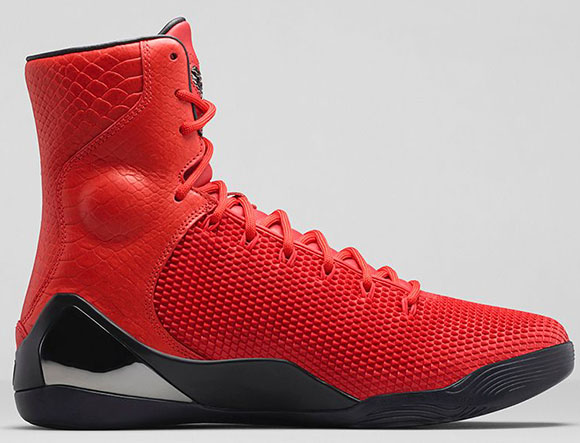 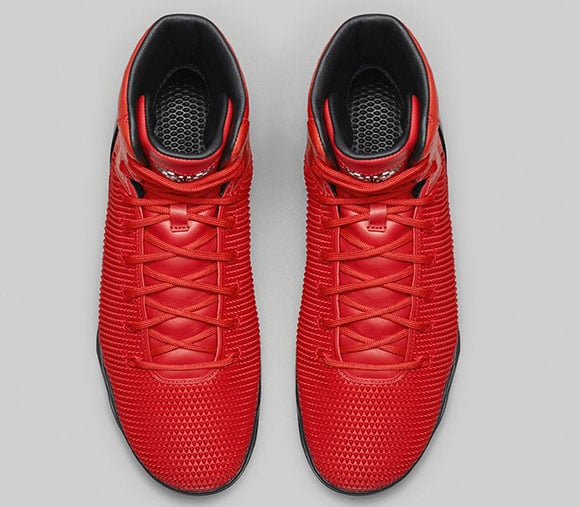 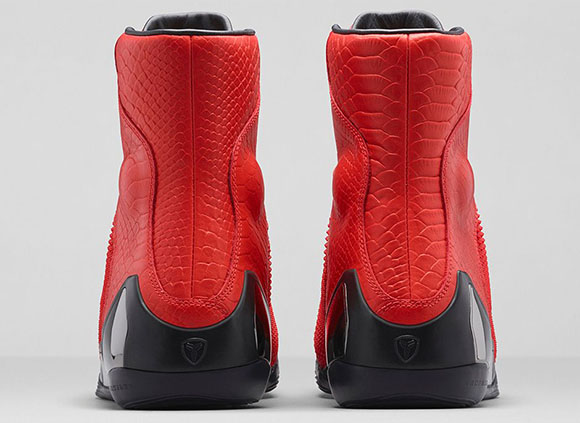