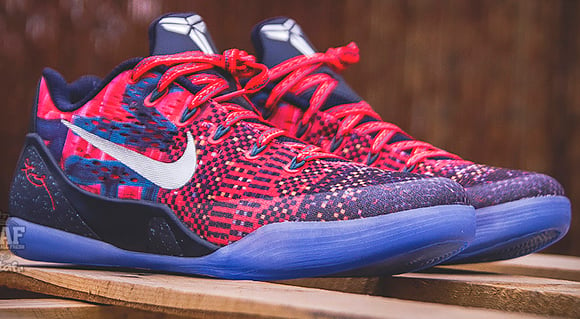 The Kobe’s just keep on rolling, not that it’s a bad thing. Earlier in the week we showed you the Kobe 9 HTM, which came as a surprise to most. Now we have a pair that will release tomorrow in Europe.

The uppers of this Nike Kobe 9 EM Premium features the number 24, with laser crimson and obsidian. The patterns almost resemble a Mexican blanket.

A dark blue runs through the midsole and sole, which also has is translucent giving the shoes a glazed look.

Like previously mentioned, the Nike Kobe 9 EM Premium QS Laser Crimson releases tomorrow in Europe. As far as a U.S. drop, no word just yet. 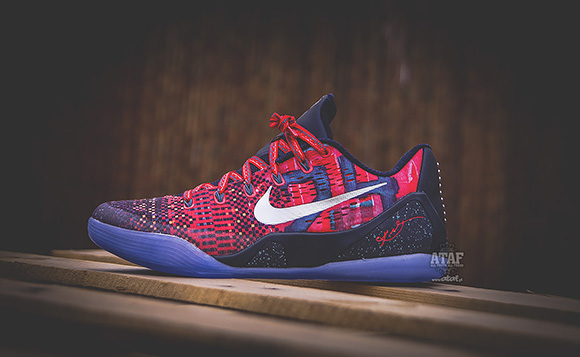 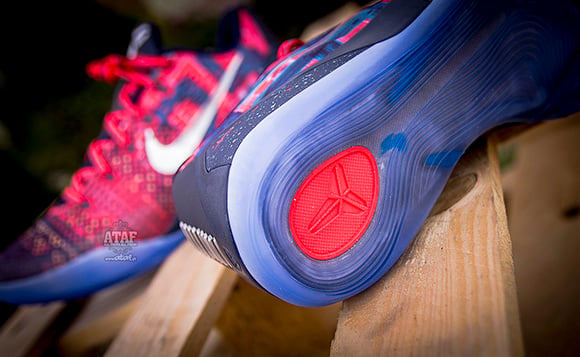 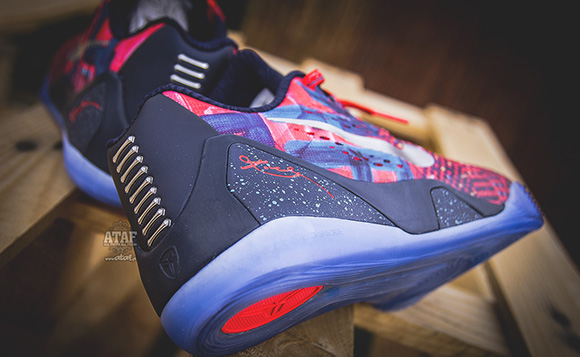 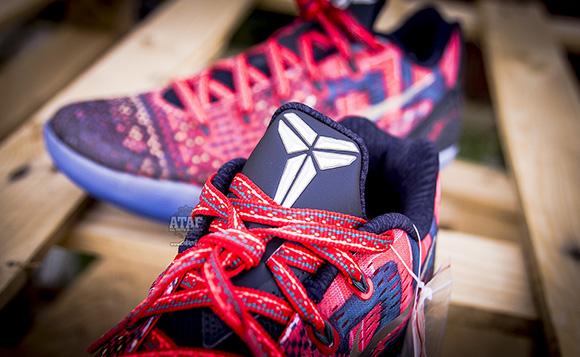 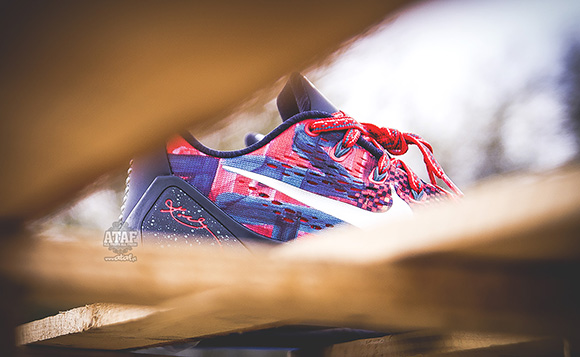