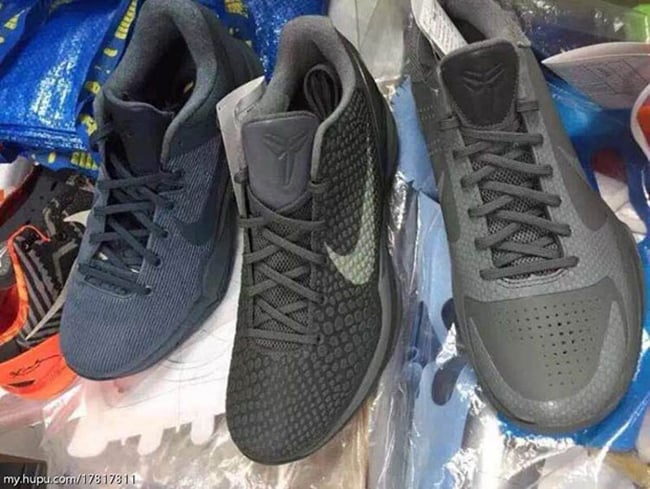 Nike has been keeping the Nike Kobe Fade to Black Collection under wraps in terms of images surfacing. Usually we see models at the least a month before, but not the case here. Three of the pairs apart of the collection will debut early April, but still less than what we are accustomed to.

That has now changed as we take a look at the Nike Kobe 5 FTB, Nike Kobe 6 FTB and Nike Kobe 7 FTB from the collection. As you can see, dark shades run throughout while they start to get darker as we get higher. The three will use their respective shades of Tumbled Grey, River Rock and Blue Fox.

Below you can see more information for the Nike Kobe 5, Kobe 6, Kobe 7 ‘Fade to Black’ collection. Each will retail for $200 with the first pair shown launching April 3rd followed by the 5th and 6th.